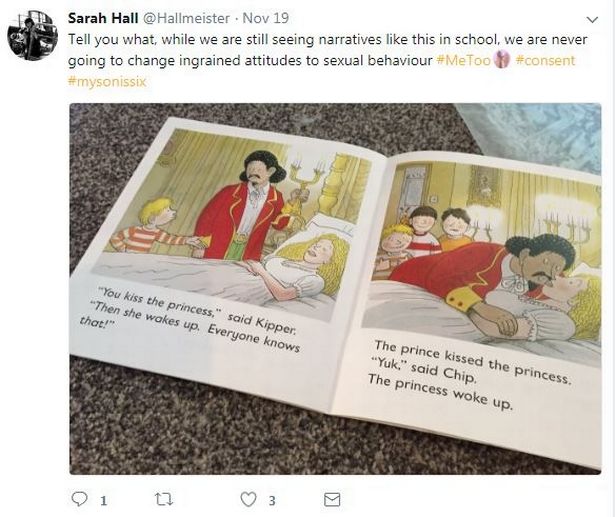 When Barack Obama made good use of the Internet and social media to get elected it was lauded. When Donald Trump did the same, it was condemned as Russian interference, post-truth, fake news.  We are living in an increasingly polarized culture, facilitated by social media and the politicians and journalists who use it for that purpose.   Here is a classic example of how that works – the story of how the Tory government were doing away with animal rights by Brexit has become the biggest political ‘viral’ story of the year. The only problem it’s not true.

The headline title from The Independent “The Tories have voted that animals can’t feel pain as part of the EU bill, marking the beginning of our anti-science Brexit“ was loved, liked and passed on by numerous politicians, media commentators and celebrities like Ricky Gervais.   The Independent was forced to issue a retraction that so far has had just 500 shares (compared with 500,000 for the original). People hear what they want to hear. The Internet and especially social media, rather than opening up a whole new world of possibility, information and challenge is in fact creating a world where we can each retreat into our own comfort zones and safe spaces. What is particularly disturbing are the number of our leaders who seem happy with this and the mob mentality it creates. It’s a dangerous development.

This story tells us a great deal about our post-modern, post truth society. The Independent (and London Evening Standard) printed a straightforward lie. They did so because they have ceased to be a serious newspaper (and indeed ceased to print because their sales were so bad) and have instead become an online campaign group for the EU and what they consider to be ‘progressive causes’. What distresses me is that when The Daily Mail, Donald Trump and various right wing publications engage in this kind of propaganda, there is (justifiable) outrage, but those who agree with them excuse it. When the Independent, Guardian and ‘progressives’ do the same thing, there is little outrage and those who agree with them excuse it. I have yet to see one politician who gleefully tweeted about the Tory’s anti-scientific Brexit attack on animal rights, tweet an apology and correction. Why?

Again so many stories in the media this book. Like this in The Guardian highlighting the divisions within the Labour, Feminist and Anarchist movements about the issue –

Or how about this  from the Government’s former Mental Health ‘Tsar’, Natasha Devon, who has advised head teachers that the terms ‘girl’ and ‘woman’ should not be used because it reminds people of their gender. “ I hope that in taking away the negative stereotypes associated with gender, we can ultimately improve their mental health.” It astounds me that we actually pay these people to come up with this nonsense!

There was also this excellent article from the Catholic Herald –

But for me the most interesting development is the hypocrisy and double-mindedness of the BBC. On the one hand they are doing their best to promote women’s sports as being exactly the same as men’s sports – so the women’s ‘Ashes’ are promoted the same as the men’s Ashes. Women’s football is as hyped up as men’s – this despite the fact that attendances and interest are much less. The BBC clearly feels that they can create the interest but they are faced with a significant problem. In these sports the quality is just not as good. That is because men and women are different. But they will do their best to try to convince us that watching men’s cricket/football is exactly the same as watching women’s. I remember being at the Australian Open Tennis in Melbourne and what amazed me was how packed the men’s courts were with spectators and how, apart from the very top players, by comparison the women’s ones were depopulated. But when you saw the difference in the quality of the tennis you realised why this would be the case.

Be that as it may,  the BBC has a problem on its hands. On the one hand they promote women’s sport, on the other they promote an ideology that will destroy it far more than any misogyny .  The BBC are prime advocates of the transgender and gender fluid movement.

Two years ago I was mocked and ridiculed for predicting that the transgender fad could destroy women’s sport by making it meaningless. After all if gender is just a social construct and nothing to do with biology why have women’s sport at all? Even more so if men can just announce that they are women and therefore are eligible to compete in ‘women’s’ sport. This is already happening. Take for example this case reported in Pink

Times.  Laurel Hubbard has been named in the New Zealand women’s Commonwealth team for Australia 2018. She was a male weightlifter who now has an enormous advantage in the women’s competition.  The Australian’s say that their games will be the most ‘inclusive’ games in history. Perhaps they may be the last where men and women compete in separate events.

The Government minister, Tracey Crouch, has told Christian charities that they are free to speak about their faith.   It shows how far we have regressed as a society that this statement even needed to be made. “I know that some of you here feel that successive

governments and local authorities have wanted to applaud all the good things that you do as Christians, but discourage you from speaking openly about the faith that motivates you,” she said. “I assure you that that is not the intention and I encourage you to challenge anyone in government who makes you feel you need to suppress your faith.”   We will see how that works out. The trouble is not so much with government ministers but with how anti-Christian activists, the bureaucrats, the judges and the metro-elites define ‘Christianity’. Nonetheless this is a good step

This is a fascinating video for what it reveals about where we are going and how the post-modern Orwellian view of language is destroying our freedoms. The Canadian minister when asked about free speech gave a reassuring answer

“in a free society we may disagree with someone’s views but we must defend the right to hold them”.

Excellent answer. If only she had stopped there. She went on

“ unless those views promote hate…intolerance and hate have no place in Canadian society”.

She thus completely negated her first point – because as we now know, anything the establishment doesn’t like it calls hate. If you are not for SSM you are a hate filled homophobe. If you don’t think that there are 57 genders you are a hate-filled transphobe. If you think the Koran may contain some doubtful doctrines you are a hate-filled Islamaphobe. And so the list continues. In effect that the view of the ‘tolerant’ liberal is that they will tolerate free speech as long as you agree with them!

5) Can it get any more insane?

This is becoming a regular column….just when you think we cannot get any dafter along comes another story to prove you wrong. This weeks is unbelievable. A 40-year-old mother of two wants the story of Sleeping Beauty to be removed from her son’s school because it promotes ‘inappropriate behaviour’ teaching children its ok to kiss a sleeping woman without consent! She is going to have really trouble when it comes to Little Red Riding Hood!

6) The EU Shows its True Colours – and so do their supporters.

The EU Commission last week announced that British cities would no longer be able to apply for the 2023 European City of Culture award. This is somewhat disappointing not least because my own city Dundee stood a really good chance of getting it.

Immediately this happened the flag waving EU Nationalists swung into action blaming Brexit and saying it was obvious that this was going to happen ‘rules are rules’ and ‘you can’t have your cake and eat it’ being amongst the truisms they threw up to justify this behaviour.  They ignored the fact that up until last week the EU Commission were happy for these cities to apply (and spend a great deal of time and money in doing so) and that if good relations are to continue afterwards, it might be a good idea to continue these cultural contacts – something which the British government wanted. But no – the unaccountable EU Commission in its cynical attempts to either derail Brexit or get as much money out of the UK as possible has decided to throw its toys out of the pram and exclude the UK from participation.

What amazes and astounds me is that support for the EU (amongst some but thankfully not all) has become like a cult – to question the EU in any sense is considered damnable heresy. The Twitter mobs kick in and sadly some of our politicians lead the way. Whereas the pro- EU Labour MP for Leeds, Hilary Benn, described this as the unacceptable face of EU bureaucracy, the Scottish First Minister, Nicola Sturgeon said ‘the British government should hang its head in shame”. The EU bans the UK from taking part and according to our First Minister; it’s the UK to blame! It reminds me of the person who said that the 2,000 baby boys being killed in Bethlehem was Jesus’s fault for being born there! Blame shifting is as old as sin! ~The Times got it spot on – “Those who should hang their heads in shame are European officials and parliamentarians, hiding behind a curtain of unaccountability, who are responsible for ignoring the unifying potential of culture, and parading the small-minded attitude that lost them the respect of the very people they need if they are to hold Europe together.”

We keep being told that there is no slippery slope with euthanasia. Its just about helping people who are in severe pain and will soon die anyway. It all sounds so ‘humane’. As I have often argued once the State permits doctors to kill we will end up with involuntary euthanasia – which is really a euphemism for murder. Sadly that is all too human. Watch this horrific story from the Netherlands.

Article of the week is from Carl Trueman – scam artists and sex education https://www.firstthings.com/web-exclusives/2017/11/scam-artists-and-sex-education

“The hypocrisy of a Hollywood that lauds Roman Polanski while damning Kevin Spacey is just one example of how chaotic and confused our culture has become.”