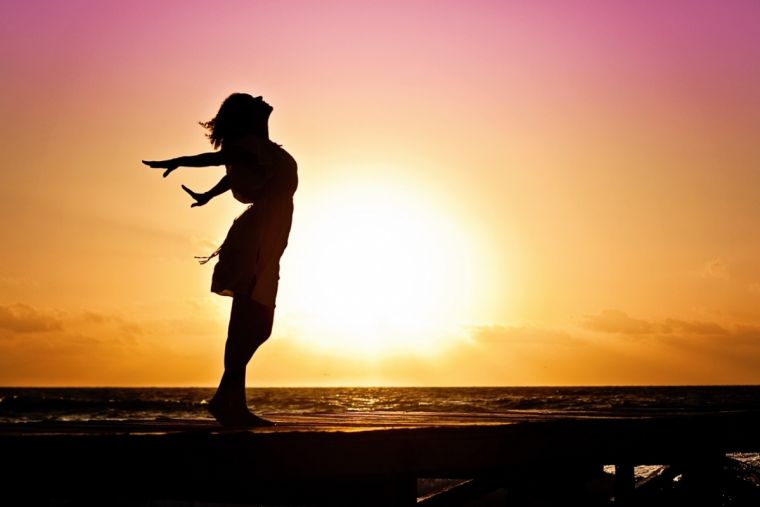 Todays Christian Today column – after what appears like a marathon I am coming to the end of the Revelation series – I consider it an honour to be permitted to do such a bible teaching series on such a popular website.  And I loved doing this weeks – Revelation 21 – you can read the original here   (please do feel free to share it- I wish that people would share the biblical material more than the controversial stuff…although sometimes of course they overlap!)

Have you given up watching the news or reading a newspaper because it’s just so depressing? I once saw a poster that declared, ‘They told me to cheer up because things could be worse, so I did cheer up, and they were right. Things did get worse’.

Someone told me last week that they loved reading my social commentary and analysis, but sometimes they were scared too because whilst they thought it was right, they also thought it was too dark. There is a sense in which I agreed with them but I also warned them – the reality is darker still!

However if there is a danger that we ignore the darkness, there is also a great danger that we make the darkness the message. It isn’t. The Christian is not just to rage against the darkness…we are to proclaim the light. Even though Revelation is, as my hippie friends would say ‘heavy stuff man’ – it is primarily a message of great hope, joy and light. This week’s chapter (21) exemplifies that.

There is going to be a renewed heaven and earth

The creation of a new heaven and a new earth is taught as the ultimate hope in Isaiah 65 and 66 and also by Jesus. Some saw it as God replacing the creation by an entirely new one – others see it as God renewing creation for his kingdom. Personally as I walk through the beautiful Scottish Highland countryside I love the idea that it is all going to be renewed, not wiped out. The idea of everything being ‘made new’ (renewed) is a wonderful thing for those of us who are tiring!

One phrase that puzzles those of us who love the sea is the statement that there is no longer going to be any sea. But we needn’t worry. In the imagery of Revelation the sea is not about water but rather wickedness. The Antichrist and the devil and the anti-Christian empire are all depicted as sea monsters. In the end they won’t exist because there will be no sea of wickedness for them to swim in.

It’s a place where there will be no more sin and every tear will be wiped away by God himself. God as the tear-wiper? It’s a beautiful picture…I can’t wait! As I write I am sitting watching the BBC’s brilliant and disturbing documentary on the Vietnam War. Horrific. This will all be gone. Again, I can’t wait.

There is going to be the ultimate wedding

This is one wedding feast where there will be no hangovers, no disappointments and no real ending. It is the ultimate celebration involving us as (unbelievably) the glorious beautiful bride; Christ as the groom, and the incredible truth of God being the dwelling place of his people. It’s the ultimate intimacy, fellowship and shelter from the storm.

There is going to be the best city ever

I’ve just returned from Dubrovnik. It’s an incredibly beautiful city – but it is as nothing compared with this image. Move over Barcelona, Paris, New York and Sydney. This is the ultimate city and all its blessings are given to God’s people.

These 12 jewels appear to be identical with the jewels inscribed with the names of the 12 tribes and the high priests breastplate. But it is also intriguing that some have recognized that they also appear to be the 12 signs of the zodiac in reverse. Perhaps John was saying that the reality that the pagans longed for, is found in the revelation of God in Christ?

And in what appears to be the secularists’ heaven, this heavenly city has no places of worship – there is no temple. But that is because it is the atheists’ hell – God is everywhere. God is all and in all. All is holy and God is worshipped everywhere.

It doesn’t say there is no sun and moon. They just don’t matter because their light and heat is not needed. The glory of God fills the whole place.

Ok you get the picture. A little. At least I hope you do. Because once we grasp this, it transforms the whole picture of our lives as Christians. Instead of the little good things in our life being set against the backdrop of a world of evil and darkness, we find that the great evils in our life’s are set against a backdrop so glorious that ultimately they will prove to be light and momentary.

As for non-Christians, we have such a great invitation. Such a glorious message. Summarised in verses 6 and 7.

Rev. 21:6: ‘He said to me: “It is done. I am the Alpha and the Omega, the Beginning and the End. To the thirsty I will give water without cost from the spring of the water of life. Those who are victorious will inherit all this, and I will be their God and they will be my children.”‘

Sometimes we miss the sheer glory and beauty of the Gospel invitation, because we do not see, feel or long for the end result. Once we grasp it…then we realise that are offering the most incredible gifts. And, unlike the crass and sickening commercialisation of so much contemporary Christianity…it’s all free. It’s without cost. And it comes with the ultimate guarantee – it’s from the Alpha and the Omega, the Beginning and the End.

Are you thirsty? Come and drink…Satisfaction guaranteed.

Revelation 20: Who are the real millennials? | Christian Today