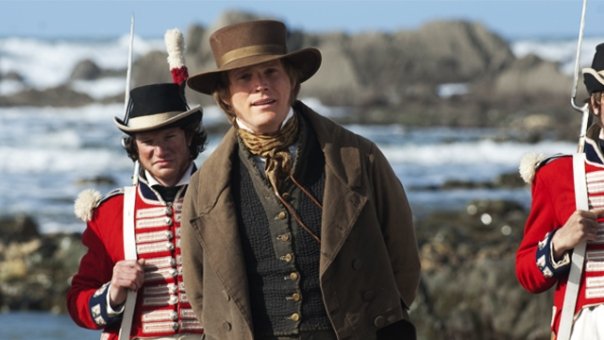 (This article first appeared here in Christian Today.    Already the Fundamentalist Darwinists have provided proof of paragraph 3 – the mockery, outrage and abuse have begun.   The apple of their idolatry has been touched!)

The book of Ecclesiastes tells us that ‘of making many books there is no end and much study wearies the body’ (12:12). As someone who reads many books every year I can testify sometimes to the weariness as well of the refreshment of it. Sometimes you wonder, with tens of thousands of new books being published every year whether there is anything left to be said. But occasionally one pops up that is genuinely a game-changer.

AN Wilson’s Charles Darwin – Victorian Mythmaker is one such book. The fact that the man who wrote God’s Funeral is now writing about the death of Darwinism is sure to have ruffled feathers. And it has.

The prophets of Darwin have gone berserk. Darwinian scientists from Steve Jones to Adam Rutherford have questioned the book’s science and challenged its history. Actually, to say ‘questioned’ is somewhat of an understatement. Their apoplexy at Wilson makes even the most vehement Christian disagreements seem like the proverbial storm in a vicar’s teacup. Rutherford calls the book ‘deranged’ and states that Wilson would fail basic school biology.

But there is much for the church to learn from this book. It is, as always with Wilson’s books, superbly written and well researched…and of course provocative. I loved it.

Let’s deal with the science first. Strangely enough, this was not the most important part of the book for me. The basic thesis is that Darwin was a superb naturalist but that his evolutionary theory of natural selection was largely plagiarised and ultimately has proven to be wrong. Wilson doesn’t question the age of the earth, nor the theory of evolution as such. But he does suggest that the theory of evolution as taught by Darwin is deeply flawed, and that modern science owes more to Mendel’s genetics than Darwin’s view of natural selection through sex and the strong overcoming the weak. He cites well-known scientists such as the paleontologist Stephen Jay Gould and the biologist EO Wilson in support of his position.

What fascinated me was the suggestion by Wilson that Darwinism became so popular because it suited the needs of the Victorian middle classes who wanted to be able to enjoy their superiority and wealth and justify it without guilt.(Wilson wrote the definitive book on The Victorians and has a great grasp of Victorian society).

Darwinian evolution provided that justification. The consequences of this were to have an incredible impact in the 20th century. As Wilson puts it: ‘It remains fair, however, to say that Darwin was a direct and disastrous influence, not only on Hitler, but on the whole mid-20th century political mindset.‘ Wilson documents and evidences the direct line between Darwinism, eugenics, and the Nazi philosophy that ultimately led to the Holocaust.

A few years ago I read the memoir of Traudl Junge, Hitler’s secretary. Speaking of Hitler she testified:

‘Sometimes we also had interesting discussions about the church and the development of the human race. Perhaps it’s going too far to call them discussions, because he would begin explaining his ideas when some question or remark from one of us had set them off, and we just listened. He was not a member of any church, and thought the Christian religions were outdated, hypocritical institutions that lured people into them. The laws of nature were his religion. He could reconcile his dogma of violence better with nature than with the Christian doctrine of loving your neighbour and your enemy. ‘Science isn’t yet clear about the origins of humanity,’ he once said. ‘We are probably the highest stage of development of some mammal which developed from reptiles and moved on to human beings, perhaps by way of the apes. We are a part of creation and children of nature, and the same laws apply to us as to all living creatures. And in nature the law of the struggle for survival has reigned from the first.

‘Everything incapable of life, everything weak is eliminated. Only mankind and above all the church have made it their aim to keep alive the weak, those unfit to live, and people of an inferior kind.’

Darwin, Freud and Marx were the three great influences who made the 20th century to be what the historian Niall Ferguson called ‘Atheism’s failed century’. Freud and Marx have largely been discredited. Wilson now seeks to do the same to Darwin. You will have to read the book for yourself to see whether he succeeds or not.

But Christians need to be very careful here. If you are a young earth creationist don’t jump for joy too quickly! Wilson is not challenging what he regards as the accepted science – that the earth is billions of years old and that mankind was created by evolution.His specific challenge is to evolution by natural selection, through a gradual process, and involving the strong overcoming the weak.

What is however fascinating about his book is that it shows that ideas have consequences and that sometimes people hear what they want to hear. Darwinism, he says, ‘succeeded for precisely the reason that so many critics of religion think that religions succeed. Darwin offered to the emerging Victorian middle classes a consolation myth. He told them that all their getting and spending, all their neglect of their own poor huddled masses, all their greed and selfishness was in fact natural. It was the way things were.’

The Poor, the Wicked and the Religious

Darwin’s granddaughter Gwen asserted of her Darwin father and his brothers that they were ‘quite unable to understand the minds of the poor, the wicked, or the religious’. Darwin himself wrote: ‘It has been truly said that all nature is at war; the strongest ultimately prevail, the weakest fail…‘ That is not the philosophy of Christ.  Hitler was right.  The Church does indeed seek to keep alive ‘the weak, people unfit to live and those of an inferior kind’. Amen to that.