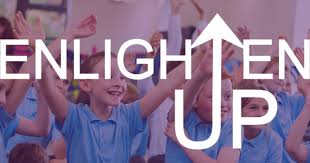 I love the old KJV version of Psalm 41:3 – although the metrical version leaves a bit to be desired!

3 God will give strength when he on bed
of languishing doth mourn;
And in his sickness sore, O Lord,
thou all his bed wilt turn.

IN my juvenile mind (not so long ago I used to be a wee bit amused by those who prayed for ‘he that lies on his bed of sickness’!  It doesn’t sound exactly the most comfortable position to be in!

The NIV translates that verse ” The LORD sustains them on their sickbed and restores them from their bed of illness.”  Something I can testify to.

Anyway as many apparently have heard (the wonders of social media!) I am back in hospital with my gall bladder.  Like everything else it is an opportunity to reflect on the goodness of God and take some time out to think about things.  And it’s also an opportunity to write – after all I don’t want to lose my reputation aka the nurse who said “Ooh look, it’s the vicar with the laptop!”.   Just before I came into hospital I received a phone call from the Times who wanted to talk about a crucial issue – but one that doesn’t immediately appear to be so.  I’m talking about the difficult and somewhat obscure subject of religious representatives on Scottish Councils Schools education committees.  So back into battle we went. (incidentally the Times journalist was very sympathetic).   You can read the article by clicking this link

Let me explain briefly why this is important and what it means.  At first it seems that the secularists have a watertight case.  After all are they not just concerned about democracy and why should there be ‘unelected’ religious representatives on local council education committees making decisions about education?  But it’s always helpful not just to go with the soundbites but delve into the background.  It’s a fascinating story.

In 1872 the Protestant churches in Scotland handed over all their schools to the State on the explicit condition that Scottish State Education should continue to be Christian.  From that day on the Scottish Education system (unlike the American one) has officially been Christian.  The Catholics, being wiser than the Protestants, didn’t trust the State and so they kept their own schools.  Even within living memory most schools in Scotland would have had ‘religious’ worship, school chaplains and bible teaching.  The ethos of the schools were largely Christian.  But this is now virtually unrecognisable.   Secular humanists/atheists have cuckoo like taken over the State education system and are now using Salami tactics (piece by piece) to dismantle the remaining parts of it – crying tolerance and equality in order not to tolerate Christianity and in order to prevent Christians from receiving the equal education that the UN Human Rights charter demands.   Of course neither they nor the main political parties (other than the Greens and Tommy Shepherd of the SNP) will dare touch the Catholic churches – but their turn will come.

Watch this to see how it works:

Another target they have gone for is to use the anti-bullying flag as a Trojan Horse for insisting that all pupils in Scotland are indoctrinated into their view of sex, sexuality and human relationships.  The ‘Time For Inclusive Education’ is a nice name but completely false – no other view is to be included except theirs.

And the third slice is the continual attempt to get rid of the religious representatives on Council Education Committees.   Perhaps it is easier to explain this is just to give the legislation

The Secularists argue that because the churches are in decline – with less than 50% claiming a religious affiliation this is a relic from the past and should be scrapped.    I am inclined to agree – but only on certain conditions.  Given that the secularists could probably fit most of their members who attend their meetings into the local phone box it hardly seems fair that they should be the ones who determine the educational philosophy, ethos and ethics of every school in Scotland.  So who is going to decide?  A one size fits all mentality worked very well when most people in Scotland claimed a Christian heritage and were happy with a Christian education system.  But if that is no longer the case then why should our children be subjected to the dictatorship of the seculartariat?!

If the Scottish government really want equality, diversity and tolerance (and indeed a raise in standards – other than just for the very rich) why not adopt the progressive Dutch system of education where if 50 parents are able to agree, the government agrees to fund religious schools, if those schools meet the academic standards set down by the State?   Given that the Scottish Government already fund Catholic, Anglican and Jewish schools – why not fund Free Church, or more generally Christian?   Indeed here is a really radical idea – why don’t the Catholics announce that their schools are no longer specifically Catholic but they are willing to make them more broadly Christian and even invited the Free Church, the Baptists and the C of S to help run them?  (I know that’s a step too far for some but imagine the witness of these united Christian schools?- I know Free Church people who already send their children to Catholic schools rather than the local secularist indoctrination centre!)

Why does this matter?  Let Catriona Murray my favourite blogger from Lewis tell us:

“This is Catriona. She’s forty-one years old. Until recently, she didn’t know how the education system had failed her. Catriona thought that, as she was being brought up in a Christian country, by parents who had her baptised into a Christian church, it was probably okay for the school to reflect these values in its teaching. But Catriona was duped.
Now, thanks to the work of some tireless reformers, she can see how wrong it is for teachers to instruct children to honour their parents, not to take things that aren’t theirs, and not to kill others. The liberal reformers believe that children should be allowed to come to their own conclusions about right and wrong. Catriona thinks that this is a good idea but, meantime, maybe don’t let the wee ones read ‘Lord of the Flies’, just until they’ve decided where they stand on cannibalism.”

Our schools are run largely on a throwback to 1970’s middle class socialism and a nice liberal re-interpretation of Buddhist morality.  For those who want it its fine.  But in my view its failing Scotland’s children and as Christians and churches we just need to say – ‘give us back our schools’.  Let people choose to send their kids to the kind of school you want – but let others have to choice to go a different path without hinderance.  Is that not what real tolerance, diversity and equality is?

Religious influence on state schools ‘could be curtailed’ : SNP plans to transfer powers over state schools away from councils risks marginalising the role of spiritual leaders, senior church figures have warned.

Religious representatives have a legal right to places on local authority education committees, but some churches fear this role will be diminished under new “regional collaboratives” planned to shake up school governance.

John Swinney announced last month plans for regional education boards to provide key support for schools, something which is missing in many areas at the moment.

Headteachers will also be handed broad new powers both over the way pupils are taught and the teachers working in their classrooms under the reforms.

It is understood there are no plans to hand religious figures roles on these bodies, with government sources stressing they will be made up of “experienced and talented educators”, The Times reports.

David Robertson, minister at St Peter’s Free Church in Dundee and a former moderator of the Free Church of Scotland, said religious figures should be given places on the new regional collaboratives to maintain the status quo.

Scots law currently ensures at least three places on local education committees for religious nominees, which reflects the historical roots of the education system north of the border. The Reformation of 1560 led to a drive for a ‘school in every parish’, with the Kirk paying for teachers and buildings.

This system led to Scotland having one of the highest literacy rates in the world at a time when few other countries had a nationwide system of education.

But secularists claim the rule is undemocratic in the 21st century and out of step with modern Scotland, where church attendances have plummeted in the last 50 years.

A Church of Scotland spokesman told The Times it was looking forward to discussions about the regional collaboratives but added that local democratic oversight in education should not be eroded.

You may say I’m a dreamer but I’m not the only one….I know that.  Many of the Catholics and Evangelicals share that vision.  The problem is as always the establishment of the Church of Scotland who are in hoc with the establishment of the State and are unlikely to do anything more radical than hold a holiday club in a local school (if they are not banned from doing so). The Church of Scotland should be leading the campaign for a return to Christian education – but instead they are making alliances with the secular humanists so that they can retain the trappings of chaplaincy and leave out the heart all together.

So here is the challenge.

To the Scottish government – when will you give us that equality, diversity and tolerance you pride yourselfs on?

To the Christian churches – when will we understand that if we don’t make the education of our children a primary (and secondary) priority we fail not only them but ourselves?

To the Secular Humanists – If you are so convinced about the values of your education system then why not give people the choice and we will see.  The God (or in your case) philosophy) who answers by fire – let him be God.  Or maybe you are prepared to sacrifice our children for the sake of your ideology.

Debating Christianity and Education in a Secular University

This last poster is the most delicious irony.  The Secualrists think that we all need to be enlighted in their way.  They talk about enlightening ‘up’.  But if they don’t look up they will our society into the depths of the dirt and pit.  It is indeed a worthy cry – Enlighten Up – by looking to the Light of the World