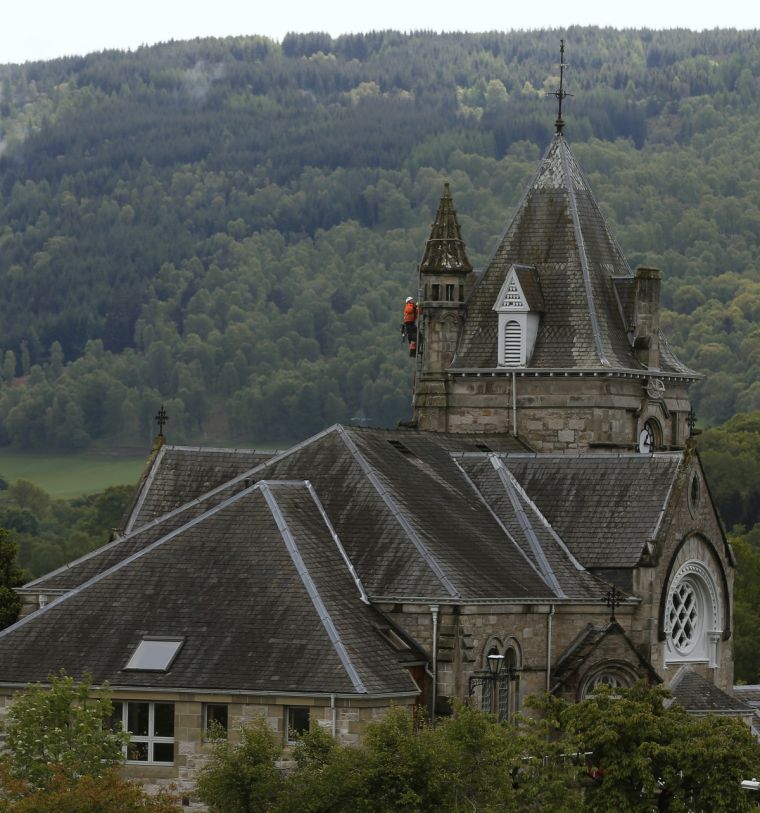 This article first appeared in Christian Today earlier this week.

The fourth Scottish Church Census is a thorough piece of work, as you would expect from the excellent Peter Brierley organisation. Supported by all Scotland’s major Churches, it gives an accurate big picture of what many of us feared was the case in Church in Scotland today.

The headline news is that it is declining rapidly. As someone who has been saying this for years I feel more than a little vindicated to have the information that proves it. Given that the Church in Scotland has declined 50 per cent in the past 30 years, down to 389,500, I thought I might use my prophetic gifts to look forward to the next 30.

The Church in Scotland is facing sharp decline.Reuters

So what will the Church look like in 2047? It is impossible to foresee with any certainty, but the current trajectory suggests the following.

1. Barring revival and renewal the decline will be sharper than anticipated in the report. Whenever these reports come out people cling on to statistics that offer comfort. But saying that there are 2.9 million Christians is meaningless when only 12 per cent of them even bother attending church. The figures err on the side of optimism. We are told that over seven per cent of the population attend church on a Sunday – but that does not square with the reality that many of us experience.

2. Pentecostal congregations will not be the revival of the Church in Scotland. They have tripled since 2002, but from a small starting base. However, the most significant factor here is that these are largely ethnic churches, with some 80 Nigerian churches being started. They have not shown that they can reach out beyond their own constituency and indeed some are already experiencing second-generation drop off.

3. The Catholic Church will The growth or stabilisation of the Catholic church has largely been due to Polish and other immigrants. They are a welcome addition to the Church but again it’s questionable both whether this will continue or be effective in stopping the general decline.

4. Although very optimistic sounds are being made about the number of children involved (52,000 under 15) the fact is that most of these are only very loosely connected with the Church, meeting in its buildings. The demographic is against the Church – 42 per cent of attenders are over 65. Fifty-nine per cent of ministers are over 59.

5. The Church in Scotland in 2047 will not consist of Messy Church, or other midweek meetings, or internet church. These are good but they are essentially sticking-plaster measures which do not deal with the root causes of the problem.

6. The responses so far to the report indicate that most Church leaders are not prepared to face the roots of the problem – although the Roman Catholic leadership seem to be more realistic than most. Bishop David Chillingworth of the Scottish Episcopal Church for example stated: ‘Institutional patterns of religion may not hold the loyalty which they held in the past. But people everywhere are on a journeys of spiritual exploration and yearn for spiritual experience.’ It was ironic that on the week this report was leaked to the press another one was also leaked – the Church of Scotland General Assembly is to be asked to receive a report which will allow Church of Scotland ministers to perform same sex marriages. While this will run well with the ‘liberals’ it is likely to lead to further decline and a further haemorrhaging of evangelicals. He who marries the spirit of the age will inevitably be a widow in the next.

7. I cannot foresee a renewal in the Church of Scotland – too much has been lost already. It will be around in 2047 but a mere civic rump of what it is today. The key to the Catholic Church will be whether it gets good leadership – the archbishop of St Andrews and Edinburgh, Leo Cushley, seems to be providing that at the moment.

8. In 2047 the three groups that are growing the most in Scotland today – the FIEC churches (with key churches such as Charlotte Chapel in Edinburgh), the CLAN churches (Christians Linked Across the Nation – largely charismatic churches from many denominations – and my own denomination, the Free Church of Scotland, will I believe continue to grow. As regards the Free Church we acknowledged 20 years ago that we were dying and we reckoned it would take many years to turn it around. But the Lord has enabled and we are now a growing and vibrant denomination with a number of new church plants. If we reach ‘critical mass’, which I think is about 200 churches (double our current number), then who knows what could happen? However it could of course fall flat.

9. It may be that the Lord will surprise us, as he often does, with renewal and revival. Maybe the Lord will renew the Church of Scotland or use Elim or the Brethren or a completely new group. We don’t know.

10. If there is to be a vibrant Church in Scotland in 2047 then it will be one which returns to biblical theology, has vibrant mercy and creative ministries, its own comprehensive education system and has church planting at its core.

If we want to return to the attendance of the time I began my ministry, 30 years ago, we would need to plant 7,000 churches with an average attendance of 100 each. Time to begin breaking up the ground, sowing the seed and pleading with the Lord to send the rain!

The Rise of Scotland’s Radical Preachers – The Daily Mail

Losing our Religion – Signs of the Times Part 2 of John Macleods series in The Daily Mail.