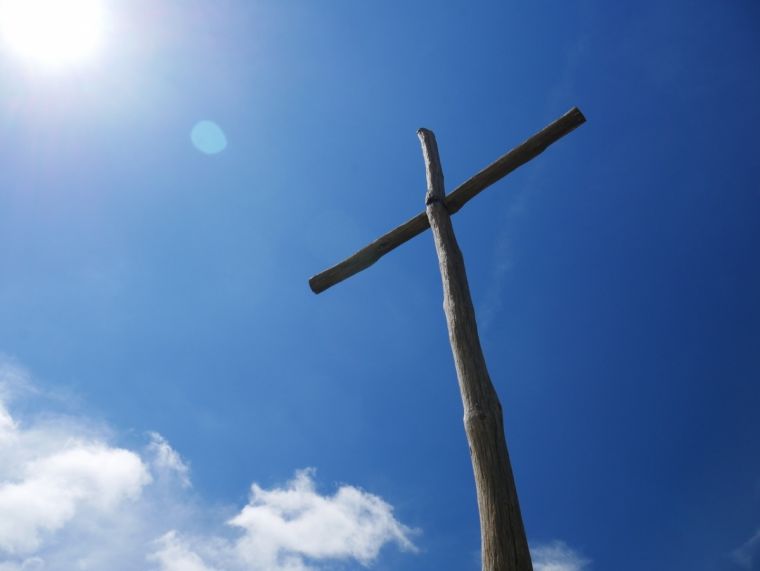 A report came out this weekend stating that 25% of British Christians don’t believe in the resurrection, whilst 10% of non-religious people did!  Christian Today asked me to write a response to this – you can read the edited version – Here

The text of the full version is below:

It had all been going so well for Paul. He had got the attention of the philosophers and the religious leaders. He had spoken about their idols and the God who created the universe. He cited their poets, argued for Gods sovereignty and called on them to repent…and then he went and screwed it up by mentioning the resurrection “he has given proof of this to everyone by raising him from the dead” (Acts 17:31b).   And the sneering began – although some wanted to hear more.   A few people became Christians.

Fast forward to progressive, cool, 21st Century Britain and you would think that the mention of the resurrection would be automatically dismissed. After all we have progressed as a society. At the Edinburgh book festival in 2010 Christopher Hitchens was asked by John Humphreys, to respond to John Lennox, indicating that he had five minutes. Hitchens barked ‘I won’t need five minutes to respond to someone who believes in the resurrection”. This is a standard tactic – equate people who believe in the resurrection with people who believe in a flat earth, Santa Claus and Scotland winning the World Cup, and you then don’t need to even think about, never mind examine the evidence.

But a survey conducted by the BBC suggests that maybe things are not as simple as we might think and that the reactions of 21st Century Brits might be even more open to the idea of resurrection that 1st Century Greeks. https://www.christiantoday.com/article/a.quarter.of.british.christians.do.not.believe.in.the.resurrection.bbc.survey.suggests/107082.htm   I am always sceptical of surveys but the notion that 17% of people in Britain believe in the literal biblical account of the bible is for me quite astonishing…and encouraging.   The fact that one in ten non-religious people believe the Easter story in some form is interesting – to say the least.  But perhaps the most fascinating and saddest statistic is that 25% of those who identify as Christians do not believe in the resurrection and only 31% believe in the literal biblical story. What is going on?

Of course the whole idea of resurrection is hard. Even impossible. And that’s the point. If Jesus was sick and just got better, it would not prove much. Yet as Paul told the Romans Jesus was ‘appointed the Son of God in power by his resurrection from the dead”. I’m not going to go into the evidence for the resurrection which has been well documented many times, from Morison’s ‘Who moved the Stone?” to NT Wright’s magnum opus The Resurrection of the Son of God. Or try this short video from Solas’s Andy Bannister –

However we do need to think about the importance of it.  Because the question is – so what? What does it matter?

I can understand from the atheist perspective those who just do not accept the idea of resurrection at all. Although I do find it a little amusing that there are those who think that cryonics will enable humans to raise one another from the dead, but who scoff at the idea of an Almighty God to do so!   Where I struggle is with those who deny the Resurrection or explain it away and yet still claim to be Christians.   Why follow a dead Christ?!

There will be those who pontificate from pulpits about the resurrection being ‘a conjuring trick with bones’; and others writing in church magazines and national newspapers about the ‘myth of resurrection’ and the ‘deeper spiritual meaning’ before breaking into ‘all you need is love’ and making sure we all get the usual sound bites and buzzwords.   The message of that version of the Christian gospel comes across as sweet as Easter chocolate, as fluffy as Easter bunnies and as useless as a wet paper bag.

The bigger problem is not however outright heresy, but the churches where all the right words are said, and yet it appears to make no difference at all to those who profess them. Far too many Christians profess ‘Christ is Risen’ and then live as if he was still in the grave.   Such functional atheism, denying with our lifes the Risen Christ, is if anything worse than those who with their words deny the Risen Christ.

Perhaps familiarity has bred contempt. We have forgotten the radical and astonishing claims of the Gospel and sought to turn Easter into an analogy and object lesson. Rob Bell writes – “so when the writers of the Bible talk about Jesus’s resurrection brining new life to the world, they aren’t talking about a new concept. They’re talking about something that has always been true. It’s how the world works.” But it’s not how the world works.   Stand on the hillside at the grave of a young man in the Scottish Highlands. The scenery is dramatic; the weather is bleak, cold and windswept. You have just buried that young man. The way the world works is that is it. His body is in the grave and will rot. The Christian has a different hope.

One time I took the heartbroken parents of a 27-year-old friend who had died suddenly to the mortuary to identify his body. It was both distressing and incredible. His body was there, but he was not there.   In the materialist worldview, that is it. The end. Finito. Suck it up.  But everything in our soul screams out no – that is not right.   Ecclesiastes 3:11 He has made everything beautiful in its time. He has also set eternity in the hearts of men; yet they cannot fathom what God has done from beginning to end’. Humans with eternity in their hearts, live in fear of death, the last enemy.   But not the Christian.

For the Christian the resurrection gives us a future and hope. Its personal, certain and unimaginably wonderful. That is why Calvin declared “Let us, however, consider this settled; that no one has made progress in the school of Christ who does not joyfully await the day of death and final resurrection.” Calvin Institutes 3:10:5.   And urged us to reflect continually upon the resurrection. `”Accordingly, he alone has fully profited in the gospel who has accustomed himself to continual meditation upon the blessed resurrection” Calvin Institutes 3:25:1  Like Job we declare I know that my Redeemer lives, and that in the end he will stand on the earth. And after my skin has been destroyed, yet in my flesh I will see God; I myself will see him – with my own eyes – I and not another. How my heart yearns within me” (Job 19:25-27)

The Resurrection for the non-Christian is just as important. You ask for proof and evidence of the Christian gospel. Our number one exhibit is the resurrection of Jesus Christ.   Tim Keller at the Gospel Coalition conference in 2013 made an intriguing statement – Resurrection makes Christianity the most irritating religion on earth.   Why is that? Because you can argue about ethics, doctrines, rituals until you are blue in the face – people are free to believe what they want, what does it matter? But the resurrection means everything is changed. If Christ is not raised that Christians are to be pitied for wasting our lives. But if Christ is raised then that means it would be insane to ignore him and his claims.

“The resurrection, therefore, is the place to begin if you are looking for a satisfying faith on which to base your life. Do not waste a lot of time investigating every religion under the sun from animism to Hinduism. Examine the evidence for the resurrection of Jesus instead. If he is risen you need look no further.” (Michael Green).

And we are raised with Him,

Death is dead, love has won,

And we shall reign with Him,

For He lives: Christ is risen from the dead! (Townend/Getty).