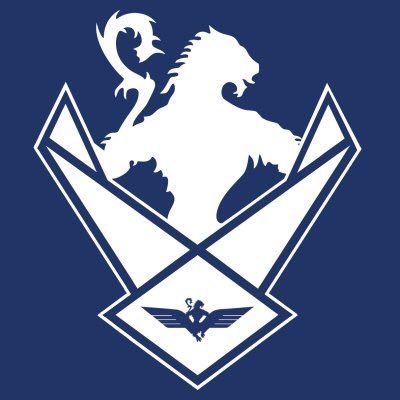 I watched with keen interest our First Ministers speech at the SNP conference in Aberdeen last Saturday.   I don’t really want to comment on the ins and outs of a potential IndyRef2, or of Brexit and everything else associated with it.   There has already been enough said on that and I suspect many are already weary. Rather than offer a political opinion I would like to offer some broader observations on what was said – because important although the question of IndyRef2 and Brexit are, there is a danger that we will not see the wood for the trees. So let me try to see the wood, as there were aspects of Sturgeon’s speech which have profound implications, whatever our views on these lesser issues.

On the one hand we were told that we were to build consensus, with courtesy, understanding and respect – on the other there was a continual dismissal and demonizing of ‘the other’. The mocking of Labour, the Lib Dems and of course, the Tories.  It was always the other who has dug their heels in, the other who have been inflexible and condescending. It’s the other who are putting the interests of their party ahead of the people of the country. Only the SNP are representing the people of the country. This demonization of the other is bad enough when it is done in party political rallies in an almost pantomime style (‘Tories, yah, boo’), but when it becomes the doctrine of the State it becomes really disturbing.

Tim Farron, the Lib-Dem leader, made a similar point at his party conference – the world is divided into those who are open and tolerant and internationalist, and those who are

Here for example are only a handful of the tweets I have received from supporters of a significant Yes blogger – Wings Over Scotland.

For some reason he attacked me and when he could not answer my answers he blocked me. Then he continued to attack me to his followers (though being blocked I could not see what he said) who took it in turns to attack me. Apparently they hunt in packs.   Here is a small example of the many messages I received.

A fibbing man of the cloth dear oh dear

stop taking utter rubbish you dickhead, here use this.

A minister who supports austerity, poverty, sanctions, disability cuts?.No thanks

Liar no way u voted yes or snp …. pathetic

And a man of the cloth to boot. He is going to hell for that.

You’re a hateful religious zealot, you may not be intimidated but from this point on you will be mostly ignored and combated when required.

I’m now muting this idiot. His arguments, such as they are, are puerile and his statements contradictory and abusive

Its not so much the abuse, (that exists on all sides and some of it against SNP politicians is ugly), it’s the extent of it and who it comes from. Wings Over Scotland has been endorsed and followed by leading Nationalist politicians and even commentators like Iain MacWhirter of the Herald have sung their praises. They, or rather he (the ‘Rev Stuart Campbell – who incidentally is no Rev) is one of the largest Independent Indy groups. And his influence is seen in the sheer quantity of abuse I got. What disturbs me is the anti-religious aspect; (I have never claimed to be speaking on behalf of Jesus or the Church in my political views, but that does not stop them sticking the boot in); the ignorance and irrationality; and the sheer mob rule hatred. If Nicola Sturgeon wants her words to be taken seriously the SNP must dissociate itself from Wings Over Scotland and other such intimidatory online mobs.   I have been asked by one TV programme to go on their show tomorrow – I have no desire to and I have other things on anyway, but they will have some difficulty getting ordinary members of the public, because people can’t be bothered with the hassle and are scared of the intimidation.

These beliefs, coupled with with the dream of a Utopian State or Union of States, is really no use to the people of Scotland. In my day to day job I speak to worn out teachers, worried medical staff and weary social workers, who are struggling to cope with the many demands society makes on them, whilst they are both under resourced and over burdened. Long term solutions, preventive measures and critical thinking are ditched in favour of league tables, management targets and short term sticking plaster measures which end up being more expensive and less effective.

Incidentally if we are to build this brave new compassionate society with opportunity and equality for all, then we can ill afford to have our politicians spending two days debating about something when the result is already pre-determined, and the effects will only be negative.   This new society does not come in a package from the EU (or the UK) – we have to work at it ourselves. All of us. We all need to get on with the day job!

Where the Real Sovereignty lies

The great advantage in believing that God alone is sovereign is that you end up with greater political, personal and economic freedom.   Samuel Rutherford’s great challenge to the authoritarianism of the King, Lex Rex (the law is King) was a significant factor in the development of real democracy both here in the UK and especially in the USA.   My fear is that we are returning to the view that the King (i.e. the State ‘the people’) is the Law. Therein lies the path to tyranny. Beware.

I believe that Nicola Sturgeon is genuine in wanting a country that is characterized by compassion, freedom, equality and tolerance. The danger is that the way she is going about it, will ensure that does not happen. If you get rid of the roots (removing the Christian heritage and basis of our culture) you will eventually lose the fruits. Replacing belief in God as sovereign, with the belief that the State is the all-powerful sovereign, will inevitably lead to some kind of tyranny.  The fact that you call it democracy and ‘the will of the people’ does not make it so – any more than calling war ‘peace’ makes it peace. The fact that your intentions are good, does not make your law and actions good. The road to hell is paved with good intentions. We need a greater awareness of what is going on, more critical thinking, and we need to preserve in reality our basic freedoms – freedom of the press, freedom of the family, freedom of conscience, a free political process and the one on which they are all based – freedom of religion.
David Robertson