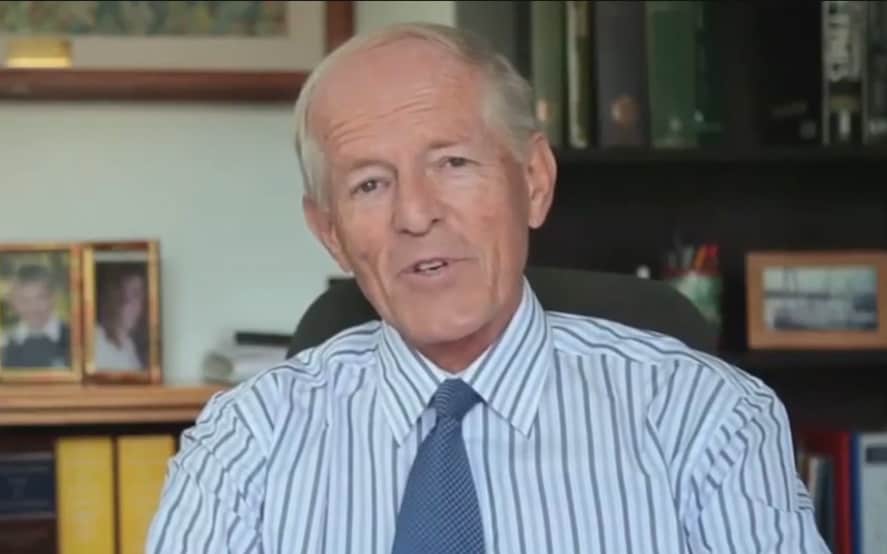 John Smyth, who now lives in South Africa and campaigns on morality, is at the centre of the allegations.Channel 4 News

The media, liberal ‘Christians’ like Giles Fraser and the Bishop of Buckingham, atheistic secularists, and other enemies of the Gospel can hardly contain their glee.   The ink had barely dried on  the accusations against John Smyth a former evangelical camps leader, before the blame game began – and once again the Gospel was blamed.   I wrote this response which was published in an edited form on Christian Today

I have a confession to make. I was not abused. This may come as a shock to those who think that being brought up in a Christian home, attending Sunday school and being sent on Christian summer camps made me a prime target. Despite the fact that as a child, teenager and adult I have attended many Christian summer camp with Scripture Union, the Free Church, Highlands and Islands Postal Sunday School and the Boys Brigade, I never came across any such abuse, nor have I ever heard of any.

John Smyth has been accused of sadistically beating boys. Smyth was a leader of what were called the “Bash” camps run by the Iwerne trust. There is no suggestion the abuse took place at the camps themselves. The details of the story, even though they don’t involve sexual abuse are horrendous, and reflect badly upon the alleged perpetrator. The attempt to smear the Archbishop of Canterbury of guilt by association on the basis that he attended one of these camps as a junior leader, is however a sad ad hominuem.
Of course when these stories arise I expect them to appear on some of the more militant atheistic secularist social media, because they can be used to reinforce the narrative that religion is the root of all evil. There are illogical double standards at play here. They do not argue that because abuse occurs with TV stars we need to ban Top of the Pops, or with teachers that we should ban schools, or families that we should ban families, or with football coaches, that we should ban football. However these kind of stories tend to be circulated widely by those who think that it provides ammunition to undermine and get religion banned. And these stories do a great deal of harm. I guess if I was a parent and heard that my child was going to a Christian summer camp, and then saw this story, I would think twice.

But it gets worse, as Ruth Gledhill explains in this most helpful article on Christian Today   The Bishop of Buckingham, Alan Wilson, has made some extraordinary allegations. To him

this is not about one man physically abusing a number of boys under his care. This is about a whole theology – the kind of evangelical theology espoused by EJ Nash, who set up the Bash camps, and taught by people like John Stott, Dick Lucas and others who were influenced by them. According to the bishop, According to the bishop “These camps had extraordinary influence. The theology that these people bring to the table very often has an element of violence and nastiness in it. ‘Harmful theology that blinds you to what is in front of your eyes…gay equality….this kind of theology is very much part of it….the theological blind spot is the most extraordinary bit of it.”

(You can watch the whole interview Here)

Richard Dawkins must be thanking his lucky stars for such a bishop. Dawkins in The God Delusion

pointed out that he was a victim of child sexual abuse in his English boarding school from a teacher “whose affection for small boys overstepped the bounds of propriety”, which he then went on to describe as “an embarrassing but otherwise harmless experience”. Dawkins then went further and suggested that teaching children the truth of the Bible was sometimes worse than child sexual abuse – “horrible as sexual abuse no doubt was, the damage was arguably less than the long term psychological damage inflicted by bringing up the child Catholic in the first place”.

While I expect the more extreme atheist secularists to take this kind of line (and to be fair many secularists would not make that kind of clumsy connection), it is more than a little disappointing that a professing Christian leader should use this tragic case to further a particular theological/political agenda within the church. It is as reprehensible as those who would use the fact that some Catholic priests have been found guilty of child sexual abuse, as a reason for denouncing Catholicism per se.

One of the victims expressed it well when he tweeted:

But you might say, “Don’t be so defensive. Back off a bit and consider whether there is any truth in the allegation.” Well, I have. Many times. Because it is an accusation that is constantly made. And the obvious conclusion to any fair-minded thinking person who knows what they are talking about is that this particular incident has nothing to do with evangelical theology. Why? Because culture, experience and most of all the theology itself give us a much more credible explanation.

These offences took place in an era when corporal punishment and ‘fagging’ were very much the common practice at the private schools from which the Bash camps drew their clients and staff. Fagging was the practice of younger boys serving older boys as servants – in some cases it involved harsh discipline, corporal punishment and sometimes sexual abuse. I would suggest that the alleged abuse is far more likely to have come out of that culture, than out of any evangelical theology.

In that same era I remember getting the belt at school several times, I remember being kicked by a teacher, but I was never touched or in any way physically punished at any of the Christian camps I went to. There was a strong discipline but that was never enforced by violence or threats of violence. Maybe the culture in the North of Scotland was different from that of the English public school culture?!  And here’s the thing. Every one of these camps taught openly and explicitly about the atoning death of Christ on the cross, and Christ coming to save us from hell.

For some of those camps I was not a believer. I liked going because of the sport, the games, the outings and to be honest the fact that they were a safe and secure environment to have a good time, without being bullied and without being expected to take part in dodgy activities. At one camp when we were asked to write a short essay on the Bible, I wrote one explaining why it was rubbish. Rather than get a telling off, I was awarded second prize – admittedly to my disappointment it was a small King James Bible! But I have kept that Bible because of the kindness and generous spirit of the 80-year-old man who gave it to me. He did not dismiss me, or threaten me; instead he took time to listen and to answer my somewhat arrogant and dismissive questions. I would suggest that that man is far more indicative of those who volunteer on Christian camps than John Smyth.

Of course I am not arguing that such abuse does not occur. Nor that those of us in church leadership should not take special care and ensure that there is proper child protection. The fact is that church is one of the few places where adults and children come together in public and with the increase of paedophilia, sexual immorality and the horrors allowed by the internet distorting souls and minds, we need to be on our guard. It is the fact that the church is open to all that makes us targets to some. We need to fulfil our responsibility to watch over the lambs of the flock.

But that is a world away from saying that this kind of child abuse is caused by evangelical theology. Ironically it is evangelical theology that argues most strongly against child abuse of any kind. We believe that God is the judge. We believe that we have to answer for every careless word spoken and harmful deed done. We believe that God is all-seeing – sins done in secret may escape the law courts of this world, but they won’t escape the judgment court of heaven. We believe the Bible and we believe in the Jesus of the Bible, who taught: “Truly I tell you, unless you change and become like little children, you will never enter the kingdom of heaven. Therefore, whoever takes the lowly position of this child is the greatest in the kingdom of heaven.  And whoever welcomes one such child in my name welcomes me.If anyone causes one of these little ones—those who believe in me—to stumble, it would be better for them to have a large millstone hung around their neck and to be drowned in the depths of the sea.”  (Matthew 18).

Yes, it is possible that those who believe these things can stumble and fall – because after all we also believe that we are sinners, which is why we need to avoid self-righteousness and ensure that we have a collective responsibility and proper checks and balances. But at the end of the day, any professing Christian who abuses children is doing so, not because they follow biblical theology, but because they are going against it.

Rev David Robertson is minister of St Peters, Dundee and associate director of the Solas Centre for Public Christianity. He is on Twitter @TheWeeFlea.

Note:  This statement from the Bishop of Guildford, Andrew Watson, has just been made. It should cause Giles Fraser and the Bishop of Buckingham to hang their heads in shame.

I would also like to express the concern of myself and some of my fellow survivors that we are seen as people and not used as pawns in some political or religious game. Abusers espouse all theologies and none; and absolutely nothing that happened in the Smyth shed was the natural fruit of any Christian theology that I’ve come across before or since. It was abuse perpetrated by a misguided, manipulative and dangerous man, tragically playing on the longing of his young victims to live godly lives.