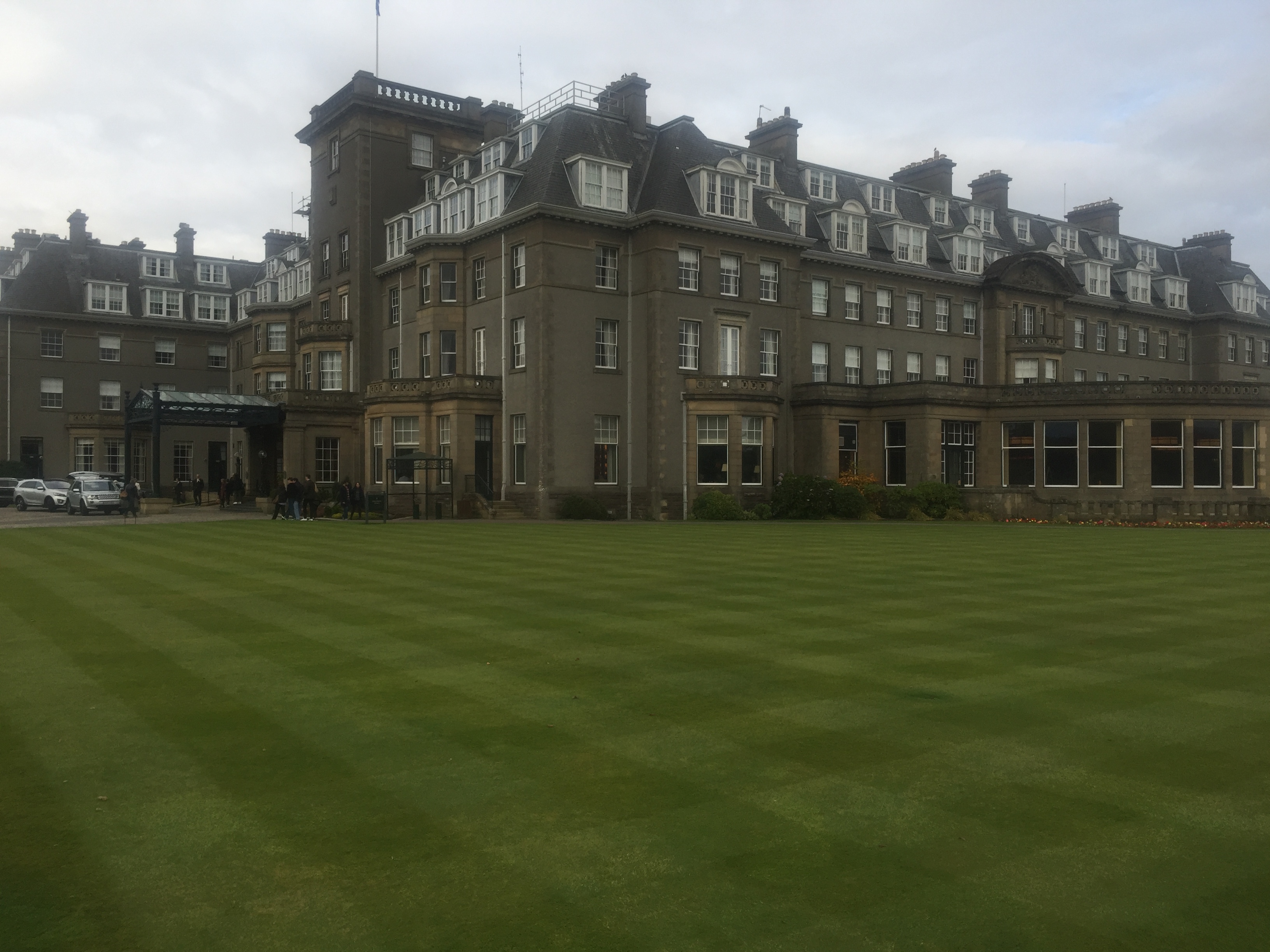 It was a fascinating afternoon –  an interview  at Gleneagles Hotel between Michelle Roux’s senior and Andrew Fairlie,  two of the top chefs in the world.   When I bought the tickets it was originally for Annabel, as I did not think it would be my cup of tea –  but it turned out I was wrong. I found the whole thing absolutely fascinating and was very impressed with both gentlemen.

Michel Roux is the 75 year old French chef who is widely credited, along with his brother Albert, with bringing modern fine dining to Britain.   His nephew Michel Roux Jr has become famous through MasterChef – he is apparently somewhat good looking and Annabel initially was very excited because she thought it was Roux junior not senior we were seeing!

Roux senior left school when he was 14 to become a pastry chef and eventually came to the UK in 1967. Andrew Fairlie Scotland’s top chef, was trained by Roux.   The whole interview was absorbing.   The following are some of the comments I recorded.

” when I came to the UK in 1967  the food at that time was in the Dark Ages . Someone had forgotten to switch on the lights!   Vegetables were  overcooked and fish was like leather”.

Hard work gets rewarded.  He used to work with his brother from 10 AM until midnight.   they took over the Waterside Inn when it was a rundown pub and turned it into one of the world’s top food establishments.

“Don’t go for the stars”. Although he now has 11 Michelin stars at the time he didn’t even know what Michelin was.   ” if you cook for the stars you have lost your way. You cook for yourself and for your guests.”

”  Palate is essential.   The visual is appetising, but the taste is key. ”  (This reminded me a wee bit of preaching – presentation is important, but content is everything. A sermon, no matter how well presented, without the taste of Christ is not satisfying).

Family is important. There was a thread running throughout the whole interview which was quite sad. Roux admitted that he had made a sacrifice with his family and his first wife, (who divorced him).   He was ambitious and successful but had neglected his children. As he said it’s not the best.   In commending his son Alain, he said that he was proud of him because he was both a good cook and led a good family life – which he had to work hard at. ” My son spends a lot of time with his family and work hard to spend time with them”

” Chefs are hands on. We don’t work with the remote control.”

” my mother was a big influence. A lot of chefs say that. She used to cook at home with very little, but she cooked with love. I love the simplicity. It’s stupid to go for lobster, foie gras etc  and think you are a great chef because you use fancy ingredients.”

” is very easy to say money is not important when you have money. Yet you need to realise that money is not a destination. What is important is teaching. Passing on what you know.”

” the problem with TV is that it’s like becoming a drug addict. You always want more. I have never taken drugs. I love being on TV as a guest but it’s not my drug. It’s seductive, but people tell you what to do and that’s the end of it. I don’t like being told what to do.”

” we set up the Rue scholarship because when we mentioned training British chefs we were greeted with’ you must be joking is there such a thing as a British chef’?!    Now I get at least one phone call per month from the French asking for a British chef!

” the last word is not always the answer”

” three out of four cookery books are useless. They are mostly written by ghostwriters. You need to make sure that the people who actually write the book are doing it themselves.”

” Never cook a dish without going to the market first. Don’t go to the recipe book first.   Go and get the best that you can get in the market and then look for a recipe for it afterwards.  don’t over garnish. Remember that recipe books are only guidelines. Relax.”

” if you were cooking me a meal, what is the one dish I would want? I love roast chicken. I love simplicity. I know it’s very boring, but cook me a roast chicken, or a Sunday roast!”

” give. Always give. And keep smiling”.

He  written 12 books which have sold over 12 million.   His speciality is French country cooking.   When Andrew fairly asked him what his latest book was he said “cooking with cheeses”,  although fairly misunderstood that as being “cooking with Jesus”!   He said it was his French accent!

The whole afternoon was made particularly poignant by the fact that it was in aid of the Beatson Cancer Research.  Andrew Fairlie  has a brain tumour,  which he has lived with for 10 years and is now needing further treatment. 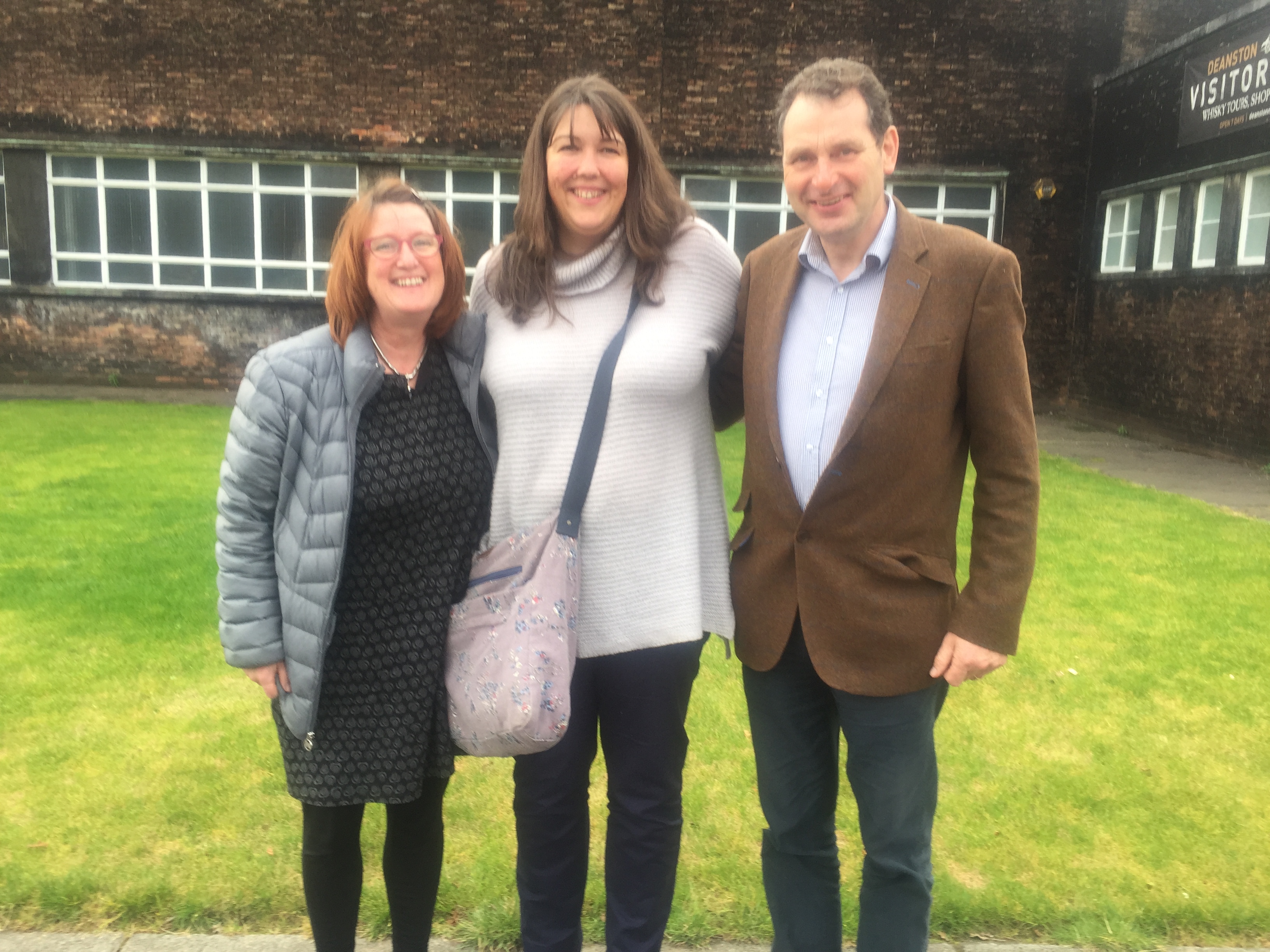 Earlier that day we had gone for lunch with our good friends Murdo and Margaret Murchison at the Deanston distillery in Doune ( lunch at Andrew Fairlies’s restaurant was a little beyond our budget!).   Murdo is an elder in the new Free Church in Stirling  and has been a faithful servant to Christ and his people over many years.  He too has a brain tumour and is waiting to see what will happen. Please continue to pray for him and his family, and for Andrew Fairlie and his.   We live in such a mixed up world –   a world where the Lord has given us the ability to create and taste the most wonderful food, and yet a world in which all such enjoyment will inevitably be cut short.   We can have the most glamorous life, be a multimillionaire famous chef, be able to eat at the finest restaurants in the world  and yet be without God and therefore without hope in this world. As we drove home through the beautiful Perthshire scenery  the words of Psalm 34:8-10 came to mind:

Taste and see that the LORD is good;

blessed is the one who takes refuge in him

Fear the LORD, you his holy people,

for those who fear him lack nothing.

The lions may grow weak and hungry,

but those who seek the LORD lack no good thing 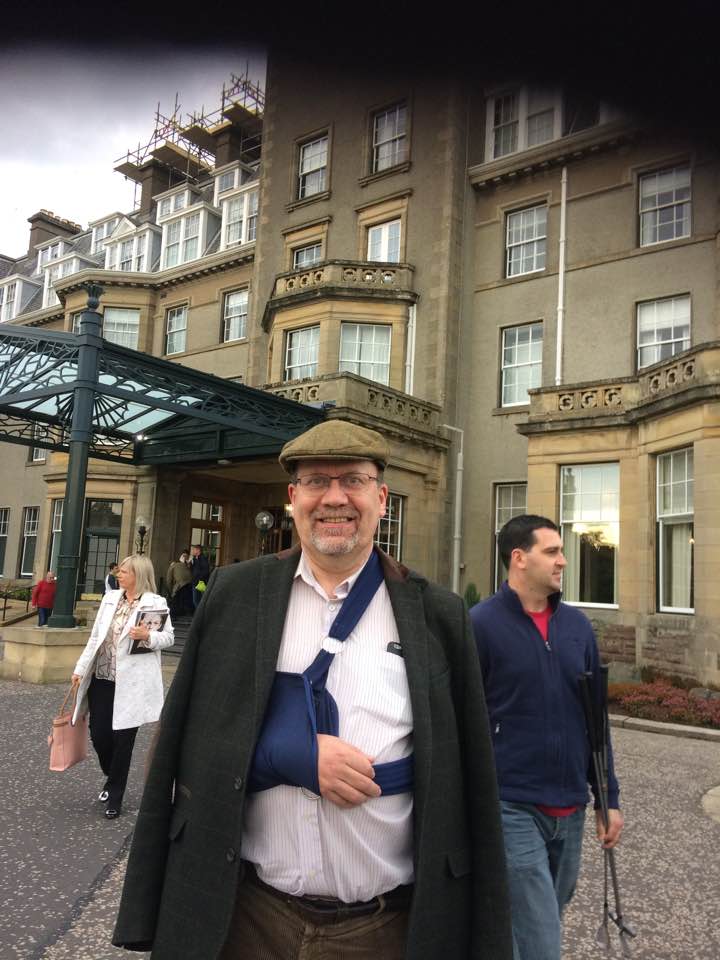