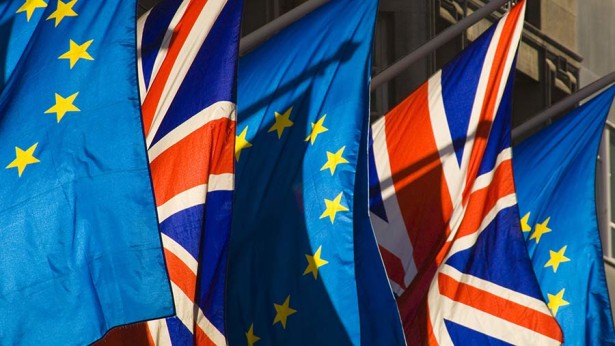 The Story so Far:   In part One I argued that the SNP have largely given up on independence as its and is now focused on being what it perceives as a progressive and pro-European party whose aim is to keep the United Kingdom within the EU. In part Two I expressed concern that the SNP is becoming an increasingly authoritarian party that does not tolerate dissent. In part Three we noticed that this authoritarianism is even more dangerous when it is combined with fantasy politics that are more about dreams than reality. In today’s final part I want us to look at the thorny issue of identity politics, and to make a plea for the SNP to return to its roots.

Before doing so there are two news items that have come up this week which provide support for my overall thesis. When I stated that the Scottish government were bluffing about a second independence referendum because they do not have the power to hold it without Westminster’s permission, I was mocked and abused. The Scottish government this week published their draft consultation bill on a second referendum, in which they stated that the Westminster government would have to agree to a second referendum! http://www.heraldscotland.com/news/14813761.Sturgeon_reveals_reveals_referendum_blueprint_and_will_need_Westminster_permission_to_hold_vote/

When I mentioned the attack on the family that occurs through ‘progressive politics’, this was again mocked. Is this really happening? Where is the evidence of it causing any harm? Have a look at this – http://www.christian.org.uk/news/stonewall-video-agenda-kids-young-three-criticised/ if you seriously think that telling three-year-olds that having for mums and dads is not harmful and does not cause confusion and is not an attack on the family, then I doubt that there is much that can be said to help you!

Let’s return to this question of identity.

Nicola Sturgeon said that everyone deserves respect and that we should work hard to understand other people’s point of view. I say amen to that, and amen! And now I want to see if the Scottish Government are prepared to listen to those of us who haven’t bought into the ‘progressive’ agenda and who regard it as regressive and harmful. Or will we just be dismissed as those who are not real Scots and not welcome in todays Scotland?

I am also disturbed by the new identity politics of the new SNP. You can be whoever you want to be.  You are Scottish if you want to be.  Sounds so nice and inclusive, but there is a real danger, Politics is identity.   The SNP are saying that you have the right identity if you choose to be one of us. Political ideology/identity trumps blood, ethnicity, religion, geography, family, history, gender.  Everything.  You can be whatever you want to be providing you are one of us. Especially if you have money. You can buy your nice not so wee house in Skye with the money you make from selling your Edinburgh, Paris or London apartment and live of the change. Never mind the fact that local young couples can’t afford decent housing!  As long as you are one of us and share our ‘progressive’ values.   Never mind if you born and brought up in Scotland. Never mind if your ancestors lived and worked on the land for generations. If you don’t have the right views’ you are not PLUS (People Like Us)…if you do, you are.

In Scotland today we need land reform…we need more housing…we need economic justice….we need real attempts to protect Scotland’s cultures….we need to be welcoming the refugees and the poor from other countries not just becoming a holiday fantasy destination for the wealthy.  We don’t need Brigadoon ‘progressive’ politics. But in the Brave New World of Progressive Scotland cultural appropriation is fine when it is done by the metro-elites who agree with the prevailing ideology because nothing matters except that all consuming progressive ideology.

And that’s why your history, background, culture, previous politics etc. don’t matter. You can be someone like Tasmina Ahmed-Sheikh, former Tory politician, former Labour politician and now morphed into deputy SNP leader in the House of Commons. You can change and become one of us (before I get the hate mail let me point out that I am speaking of her politics, not her religion). Tasmina was of course more than happy to join in the Tory bashing (yah boo) but it does disturb me. Because I think she could easily end up in the Liberals or Greens, or whoever happens to be the flavor of the month. It’s not that she is unprincipled; it’s just that amongst the political elites there isn’t a lot of difference between all the main parties. Just as Tony Blair, Nick Clegg and David Cameron could easily have morphed into being any political party leader, so Kezia Dugdale, Ruth Davidson, Willie Rennie, Patrick Harvie and Nicola Sturgeon could easily fit into any of the main parties – if they swapped roles in the Scottish Parliament would anyone notice?!      PLUS means that we shall all speak the same language, be as one, have the same thoughts. It’s the kind of inclusion that excludes real diversity. It’s why the Scottish parliament is in danger of becoming as dull as dishwater!

The Tories (unless Teresa May is for real and does manage to change them) and Labour are all making the same mistake because they are all in the same political bubble. The SNP have given up on real independence…they have created a ‘progressive European fantasy’ which is shared by the elites, who of course are furious that they gave the plebes a vote which really mattered and even more furious that those same plebes didn’t listen to their betters (hence the outraged OTT reaction!).

Just as the Labour party has forgotten socialism, the Liberals liberalism, the Conservatives conservatism, so the nationalists have forgotten nationalism – as the new progressive religion sweeps all before it. Meanwhile in this brave new world, the rich get richer, the poor get poorer, the powerful get more power, the weak lose even that which they have…..and many of those in power, patronise, talk about love and economic injustice and do precious little about it.  Their adherence to the corporate EU shows they are a little more than elitist do-gooders who would rather give a poor person a fish than teach them how to fish.  Their citation of, and recruitment for their cause, of the currency speculators, stock market gamblers and corporate bosses only demonstrates that their professed love for the poor is nothing more than nice ideas and empty words.   They continue to defend, maintain and uphold the system that brings such injustice into the world – they declare themselves liberal because they support the sexual revolution, but it will be a cold day in hell before they support an economic one, because no matter their profession of radicalism, they have all bought into, and are paid for by the system.

The most haunting and revealing moment of the whole SNP conference for me was during the European ‘debate’, when an older man doddered up to the front and tried to speak the direct negative.   He was told that as there was no card put in to allow the direct negative therefore he could not speak (he probably made a mistake and had ticked the remit box). It was the look on his face that got to me. It was one of utter confusion as he looked out on the vast audience. He probably remembered the days when the party conference could be numbered in single digits, and now there were thousands.   He remembered the days when the SNP fought for Scotland against the EU fisheries policy and campaigned for Scotland to be free of both Westminster and Brussels. Now the policy had changed and he was not going to be able to speak. Not one of his leaders would speak for him. My heart went out to him. If he lives I suspect that in 20 years he will still be knocking doors, posting leaflets and writing newspapers, because he believes in independence. Long after many of the new SNP members/politicians have given up and wandered of to pastures new. Many he’ll remember this song!

Let your Yes be Yes and our No be No

Meanwhile my days of ticking the box in an election just because it said ‘SNP’ have gone. I won’t vote for an SNP MP or MSP again – not unless they have stayed away from the progressive ‘Kool-Aid’ and are prepared to think for themselves and put their constituents before their party.  I won’t as a matter of principle vote for any SNP politician who seeks to overturn the clear result of a democratic referendum. And if Indy Ref 2 does happen, then I, like many other Yes voters I know, will not vote for Scotland to become ‘independent’ from the United Kingdom in order for us to become dependent on the vastly more undemocratic EU. I feel so strongly about this I’m almost tempted to break my rule about ministers not joining parties. I would like to join and fight for what I believe in. However I suspect my joining the SNP now would be like my joining the Church of Scotland – even if they let me in it wouldn’t be too long before I got thrown out!

On the Wrong Side of History?

I think I’m too old for this kind of thing but I hope and pray that someone in the SNP stands up to fight for their party. Which MP or MSP is going to break ranks and dare to challenge the EU mantra? If there is no one then I fear that the SNP will soon be swamped in the progressivist tide. I suspect that if we are spared, in a hundred years time people will be reading history books about how the SNP came so close and yet failed, because in its hubris it was swamped by a destructive and authoritarian ideology. I have no concerns for the Church. In 100 years the Church of Jesus Christ will still be here.   But I am not so sure about the SNP! I suspect it is the progressives (and the SNP if they continue to follow their creed) who will find themselves to have been ‘on the wrong side of history’!

As before I need to offer this disclaimer – these views are my own personal views and not those of the Free Church or Solas or any other group I am from time to time associated with – such as Dundee FC, Dundee Chess Club or the SNP!   I should also point out that at some point in the not too distant future I hope to offer some reflections on the other main parties in Scotland.   The SNP are not the only show in town!