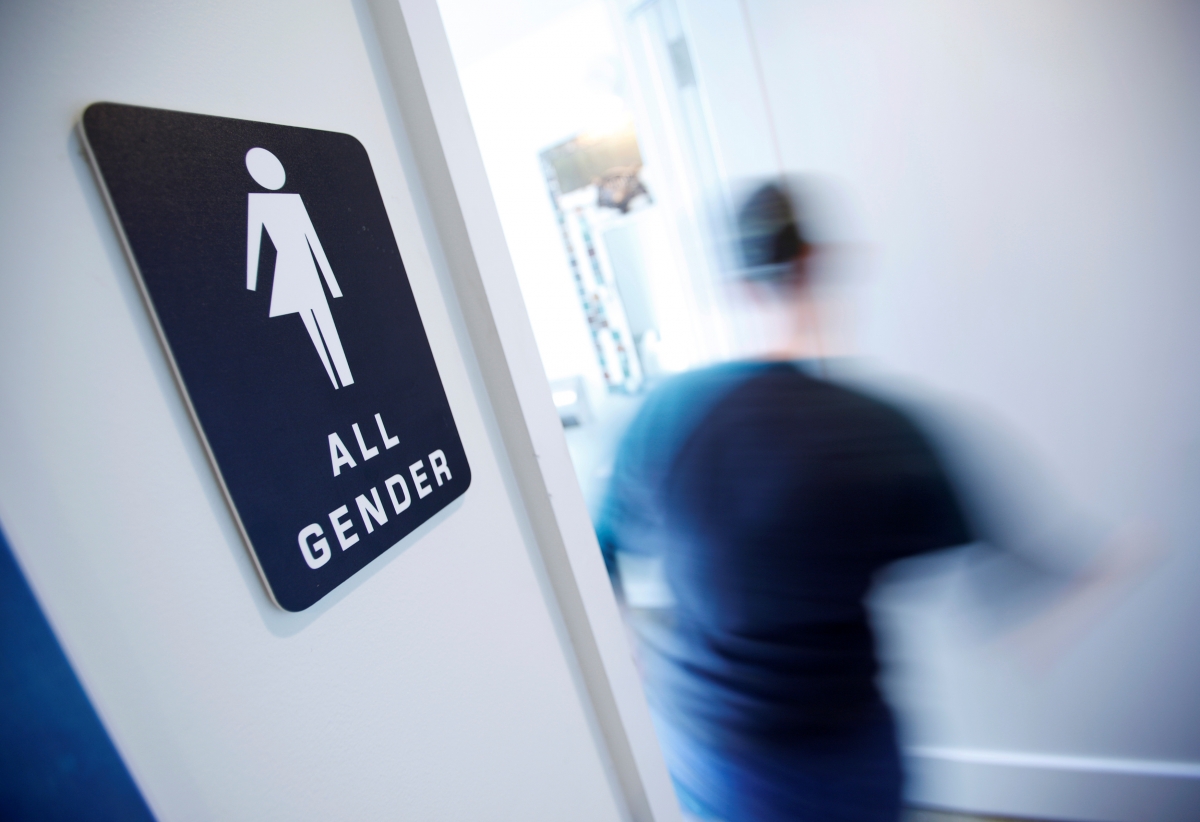 North Carolina’s “bathroom law” positioned the state at the centre of a debate over equality, privacy and religious freedom.

What are the primary virtues of our culture? Diversity, inclusivity, equality and tolerance. That’s what progressive society is all about.

But is it? It is a demonstrable fact of modern life that in the name of tolerance we are becoming increasingly intolerant. Even Germaine Greer and Peter Tatchell have been ‘no-platformed’ by universities who think their opinions are not correct enough. The NBA decided that basketball could not tolerate North Carolina insisting that men and women should go to the restrooms of their biological sex and threatened to remove some of their biggest games and millions of dollars from the state. No, tolerance has a limit in our culture.

This week I was on my way to speak at a café in Tesco’s, Coatbridge, ironically on the subject “does religion cause strife?” when, despite having been booked for two months and all the publicity printed, at the very last minute Tesco decided it could not host the event. Why? Intitally we were told that among other reasons it was because it did not fit with their values and their “equalities”. It seems that in this post-Orwellian world, some are more equal than others. Now that this has been made public Tesco’s has responded by issuing this statement: “Prior to the gathering taking place, we had agreed a small number of members from the group could meet in our Stirling store. When we discovered the group was encouraging a larger, open meeting, we suggested they find a bigger venue to accommodate them.” Apart from the fact that they got the wrong store the fact is that this is not what they told us either before or after.

Shouldn’t the Church be tolerant? In many ways yes. We could teach modern society a great deal about unity in diversity. But many times we get it wrong. And sometimes there is a place for the right kind of intolerance. Consider the church in Thyatira (Revelation 2:14-29).

Thyatira lay some 40 miles south east of Pergamum and was notable only for its industry. Thyatira was a city of craftsmen and merchants. “One of those listening was a woman named Lydia, a dealer in purple cloth from the city of Thyatira, who was a worshipper of God. The Lord opened her heart to respond to Paul’s message” (Acts 16:14, NIV). The major problem for the Christians in the city were the many trade guilds, each of which had a patron god. The feasts of the guilds were held in a temple and were viewed as religious occasions, the meat was offered to the god, and the occasions frequently ended in debauchery. How could Christians participate in such meetings? Jezebel had an answer.

Jezebel is clearly a symbolic name identifying her with Queen Jezebel, wife of Ahab (1 Kings 16–2 Kings 10). She was a heathen woman, daughter of a priest of Baal, and she promoted Baal worship in Israel. She was guilty of whoredom and witchcraft (2 Kings 9:22) as well as idolatry, murder, deceit, and priestcraft. And the church at Thyatira was following her example and leadership. Some authorities have a reading that suggests that it was the wife of the minister.

She is branded by Christ as Jezebel because the Baal worship introduced to Israel by that pagan queen fostered idolatry and ritual prostitution. Mixed worship was, and always has been, a danger to the Christian Church. Again, this church was falling prey to cultural pressure to accommodate the pagan custom of idolatry. She had already been warned, but to no avail. There was to be a judgment and the punishment.

The key thing to note here is that this was written not to an apostate, liberal, non-Bible believing, legalistic or hypocritical church. This was written to a church that was doing really well. It had love and faith, service and perseverance and it had staying power – it was doing more now than it did at the beginning. It was clearly Christ’s ‘servants’ but  it too could be misled into idolatry and immorality (verse 20). Let the church that thinks it stands, beware in case it falls.

And Christ knows. He is described as having ‘”eyes like blazing fire” and as being the one who “searches hearts and minds”. Christ knows both how we feel and what we think. That’s why hypocrisy is so dumb. Who do we think we are fooling? Christ knows us better than we know ourselves. We cannot hide from him, so why do we fake things? Is it because we are far away from him and want to hide from others and perhaps ourselves?

There are those who claim to have a different kind of knowledge – the “deep secrets of Satan”. This could refer ironically to the Gnostics’ notion that they had a deep esoteric understanding of God. And in case you think Gnosticism is something for 1st century history geeks: at a recent café outreach event the first questions I received came from a man describing himself as a Russian Gnostic psychologist. Gnosticism is still with us. They are the ‘spiritual’ people who just have this secret knowledge that only other ‘spiritual’ people can get.

But the knowledge that really counts is knowing the One who knows: Christ. And we are to persevere in knowing him. We are to do his will to the end, to stick with him through thick and thin. The quotation from Psalm 2 is to remind us that ultimately the powers and rulers of this world will be overthrown and Christ will reign.

This is beautifully illustrated by the promise that we will be given the “morning star”. This is a great example of the Christian Church taking a pagan concept, baptising it and using it to illustrate the glory of Christ. The morning star was Venus,  seen by the Romans as the symbol of victory and sovereignty. The Christians are being told that though now you are being persecuted by Rome and others, ultimately you will be given the morning star. In Revelation 22:16 that is described as Christ himself. It is a promise of final victory.

Which brings us back full circle. Ultimately our society cannot bring the tolerance, inclusivity and diversity that its claims. As Francis Schaeffer prophetically pointed out decades ago: “If we as Christians do not speak out as authoritative governments grow…eventually we or our children will be the enemy of the society and the state. No truly authoritarian government can tolerate those who have a real absolute by which to judge its arbitrary absolutes” (How Should We Then Live, 1976). But in the Church we can. We are tolerant, inclusive, diverse and equal because we know that ultimately the only thing that matters is Christ and his kingdom. He will judge, he will rule, he will prevail. All that we have to do is follow him and not tolerate any deviation from him. That’s the path to true tolerance, inclusivity, diversity and equality.

David Robertson is the former moderator of the Free Church of Scotland and director of Solas CPC, Dundee. Follow him on Twitter @theweeflea.