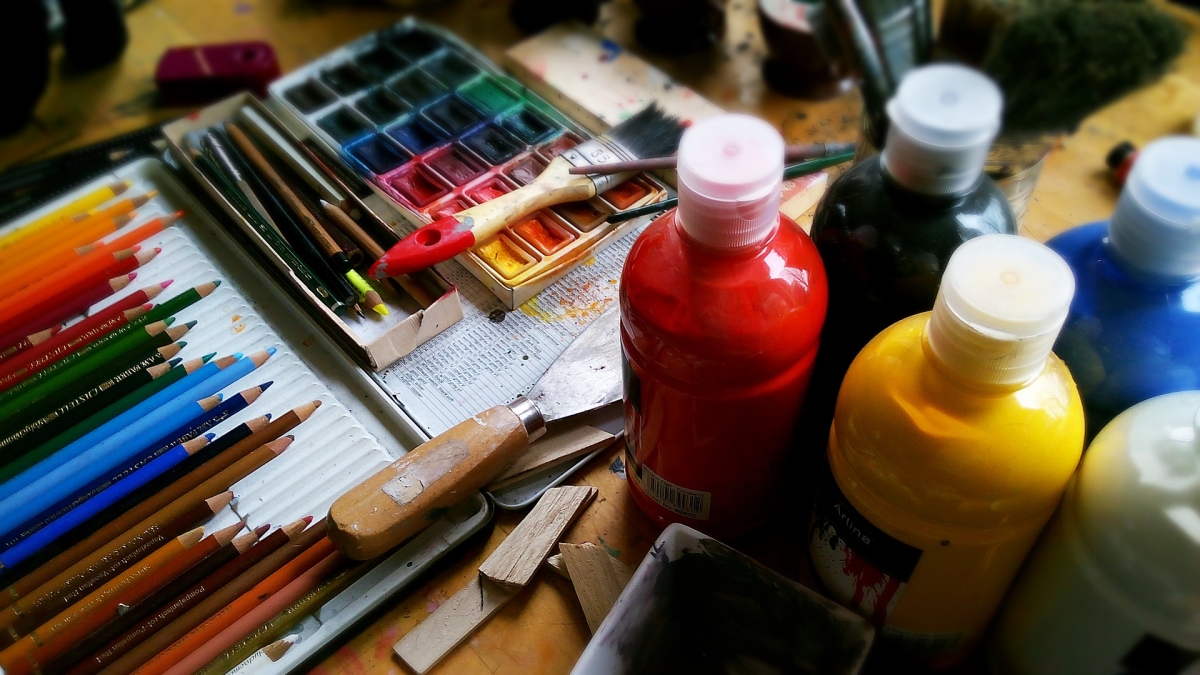 My latest column in Christian Today

Isn’t it great to be free! Especially free to be creative. Doesn’t religion shackle creativity? Isn’t it just better to be ourselves and express ourselves? So runs the somewhat narrow and simplistic narrative of some of our culture. Does Christianity really stifle music and the arts? I guess tales of bagpipes being burned (although that may have had something to do with taste rather than theology!), or statues being smashed can fuel that misapprehension. Because, as anyone who knows anything about art or music history, it is a demonstrably false claim.

I once visited the Metropolitan Museum of Art in New York and was astounded at the crowds in the 17th, 18th and 19th century galleries. Then I went into the 20th century gallery – there was enough space to play five-a-side football! Why? It’s a complex question but I think one aspect is that largely 20th century art has lost its way, becoming a commercialised caricature of itself (and I say this as someone who likes a great deal of modern art and supports modern art galleries). When someone asks “what is art worth?” and the answer is given, “what any idiot is prepared to pay for it?” then you have reached a level of anti-art which is the real stifler of creativity. Paying £5 million for someone’s bed, or £250,00 for a pair of spectacles left in the middle of the floor, or any other expensive surrealist joke is sadly all too common.

I visited a small Edinburgh art gallery to have a look at the work of an artist I know whose painting is very special. One of his works of art was hanging at a price of around £5,000. It was a beautiful creation that stunned me and filled me with awe (ever notice how really good art inspires worship?) Beside it was a painting which was selling for around £40,000… to say it was rubbish would be to be unkind to garbage. I asked the gallery director why the difference in price and which painting he thought was the better. His answer was revealing. The cheaper painting was by far the best, but the other one was more expensive because of the name on it. Without the name you would have done well to sell it for £10 in a bring ‘n’ buy. With the name it cost £40,000. No-one was going to buy it for the beauty, the quality or the art. Dealers would buy it as an ‘investment’ – hoping that because it cost so much, people would value it!

My church is just up from one of the best art schools in the country, the Duncan of Jordanston College of Art and Design at Dundee University. I love going to their degree shows, though it can be depressing that there are still young artists who think they are being radical by featuring genitalia in their art! One year there was a young jeweller who produced a fabulously intricate, well-designed and beautiful piece of jewellery. She got a 2:2. Then there was another who produced a rotting carrot on chain. They got a First! Much to the embarrassment of the college, the 2:2 went on to become British young jeweller of the year and now makes her living in her chosen craft. I don’t know if the First made it, but I suspect their career was more likely to be in gardening!

Hans Rookmaaker’s Modern Art and the Death of a Culture traces some of the developments in this. It is a classic which examines the relationship between philosophy, worldview, history and art. That’s why it is this week’s highly recommended book of the week.

The fact is that Christianity has always encouraged art. Jesus is supreme patron of the arts. And why not? After all, if we believe that he is God and God is Creator and we are created in his image, then surely that enhances rather than restricts creativity? We are creative because we have been created by the Creator. I used to give a lecture in art colleges entitled ‘Can Artists be Atheists?’ The title really upset some people because they thought I was asking could atheists be artists? – which of course they can! It might appear that the original question has an obvious answer, too. But my point is that it is more difficult for artists to be atheists and to be consistent.

Christianity has always been associated with music as well. Our God is a God who sings. “He will take great delight in you, he will quiet you with his love, he will rejoice over you with singing.” (Zephaniah 3:17) There have been many musicians who believe that their music was a gift from God. I remember one atheist saying that the best argument for God he had ever heard was JS Bach. The late great Johnny Cash expressed it well: “And that was the first time I remember her calling my voice ‘the gift’. Thereafter she always used that term when she talked about my music, and I think she did so on purpose, to remind me that the music in me was something special given by God. My job was to care for it and use it well; I was its bearer, not its owner.”

I am certainly not saying that the best musicians or songwriters are always Christians, far from it. I recall a wonderful scene in a Christian gathering where a young Scot stood up and sang a dreadful song in an American Country and Western accent. It really was cringeworthy – especially when he introduced his self-penned composition with the words: “the Lord gave me this song”. The leader of that particular event, with all the subtlety of my fellow Scots, stood up, walked over, took the sheet of paper from the music stand and with the words of Job, “the Lord giveth, the Lord taketh away, blessed be the name of the Lord!”, scrunched it up and threw it in the bin.

I am saying, however, that the gift of music is one of the great gifts of God. Calvin taught that of all the gifts God gives us, it is the most powerful. And the great themes of the Bible; creation, humanity, sin, redemption, love, life, death, beauty, ugliness and hope, are the themes out of which the best music arises. I think of a band I absolutely love, The Manic Street Preachers. I love the way they explore these great themes through their music. Although at one level they come across as anti-religious, I think their analysis of the human situation is often spot on, and the questions they ask are all answered in Christ. Richey James, their initial lead singer who sadly disappeared in 2002 (presumed dead), wrote: “I never saw the point of organised religion.” In his desperate search for meaning he tried drugs, alcohol and self-mutilation. He described an idyllic childhood and a rotten adult life. He became obsessed with religion and the basic questions of humanity; latterly carrying a book of biblical quotes everywhere. Their album, The Holy Bible is an album, unlike the real Bible, full of pain, and without any real hope.

“There is not a square inch in the whole domain of our human existence over which Christ, who is Sovereign over all, does not cry, ‘Mine!'”

That includes art and music. That is why for some of us the notion of Christian music, and Christian art, makes about as much sense as that of Christian sausages or Christian bricks. Music and art are tools given to us by the Creator, to be used for his glory or to be perverted by his Enemy. Christ does not stifle the arts, he frees them. Music is not drowned out by the pious; it is Jesus who puts the song into our hearts.