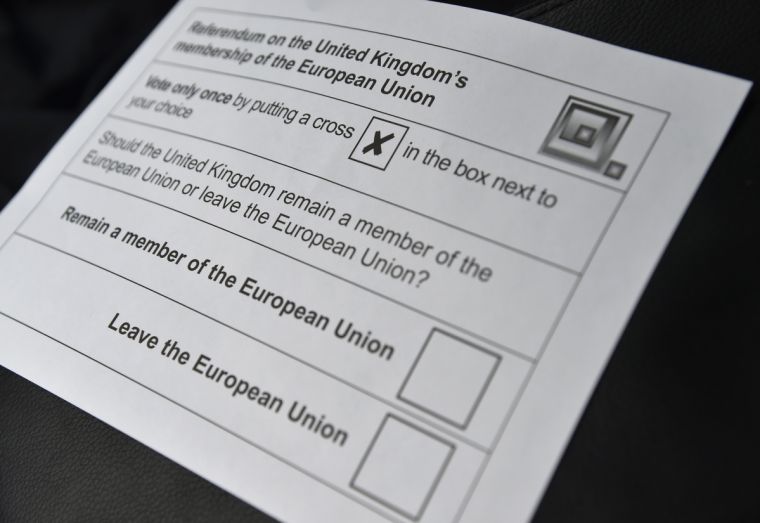 Those of us who are Christians know that words matter, and those who have been observing the EU referendum debate know that how they are said matters, too. As I observe the Christian responses ahead of Thursday’s vote, I see how we as Christians so often use our words badly.

Some are less than subtle. I heard of one Irish Presbyterian minister who warned his congregation not to vote for the EU, which he called the “whore of Babylon”. Then there’s the Anglican vicar who suggested those who vote to leave are “a bit racist”. Not to mention church leaders who struggle to decide whether Jesus actually died for our sins but seem to have no doubts that he would definitely have been pro-EU.

However, most Christians are more subtle than that and I have noticed that evangelical Christians have developed a particular code that I will attempt to decipher, and offer an alternative in plain English…

“God is a God of love and unity”

I doubt any Christian is going to disagree with that truth. But it’s the implicit application that is made which concerns me. The Trinity and love of God is not a reason to support the political project of the EU. Indeed to suggest it is, is somewhat blasphemous, just as it would be to suggest the opposite. It also manages to combine virtue signalling (‘look how loving I am’) with passive-aggressiveness. Those who vote to leave the EU are clearly not the kind and loving person that Jesus would want them to be.

“I want to work together with our neighbours”

In the Scottish referendum we witnessed the same passive-aggressiveness: We are ‘better together’. Those who vote to leave are narrow-minded nationalistic separatists who hate the French, despise the Germans and want to abandon the Greeks. But this referendum is not about leaving Europe (despite all the misquotes of John Donne), and it is not about whether we should work with our neighbours, but rather the best way to do so. What if being part of a undemocratic corporate political entity is not the best way to work together?

Well, amen to that. But does that mean that those who believe a nation should govern itself are finding their identity in nationality? And why so Eurocentric? One of the reasons that I am voting to leave is because as a Christian I don’t want to see Fortress Europe, where there is freedom of movement for (mainly white) Europeans, while Africans, Asians, Arabs and Americans are restricted.

Whereas those who don’t want to join a European army are for war? Is it really the case that the EU is the cause of peace rather than the result of it? Maybe Nato had something to do with it? Perhaps the creation of world superblocks is more likely to lead to serious conflicts than the continuation of separate smaller sovereign states?

“No one is perfect”

Often used to defend the EU from those who would point out its many faults, as though they were claiming perfection was elsewhere. The doctrine of original sin can be easily misused.

“They are not very nice”

The reverse of ‘no-one’s perfect’. This time we forget the doctrine of sin and instead point out how horrible it is to identify with nasty people such as Farage/Gove/Boris. I personally don’t know these men and so can’t really comment on their characters, but then I’m not voting for them in the EU referendum. I’m voting for whether my country should be governed by those we elect, or by those who are appointed from elsewhere.

“Think of the poor”

Amen. Preach it brother. But what were you thinking? That the reason most of the major multi-national corporations, billionaires and elites are for the EU is because they are concerned for the poor? Hallelujah, the Millennium has arrived! The Kingdom of God is here!  Or maybe one of the reasons those of us who are voting to leave is because we too are concerned for the poor, for the increasing atomisation of society into the haves and have nots, and about the development of a Europe where the rich can get their wage slaves ever cheaper, without having to import people from far away countries?

“Think of the gospel”

Of all the reasons I have heard this is the most surreal and out of touch. Does the gospel need the EU? Is the Holy Spirit restricted by British Christians having to get visas (the worst case scenario)? Does the Roman road mean Easy Jet flights to Milan, or is it not about the power of the gospel to overcome all obstacles? We are not voting for a mission strategy for the church, we are voting for a political deal for all the peoples of Europe.

I realise that there are Christians who disagree with my stance. That’s fair enough. I don’t want Britain to be part of an anti-democratic, autocratic, European Super State designed for the benefit of the corporations and the elites, while they think we are making the mistake of leaving EU Utopia for a little nationalistic island. Let’s make our votes prayerfully, humbly and considerately, but please spare me the passive-aggressive Christian jargonese!   I much prefer plain speaking.   The Lord’s will, will be done!