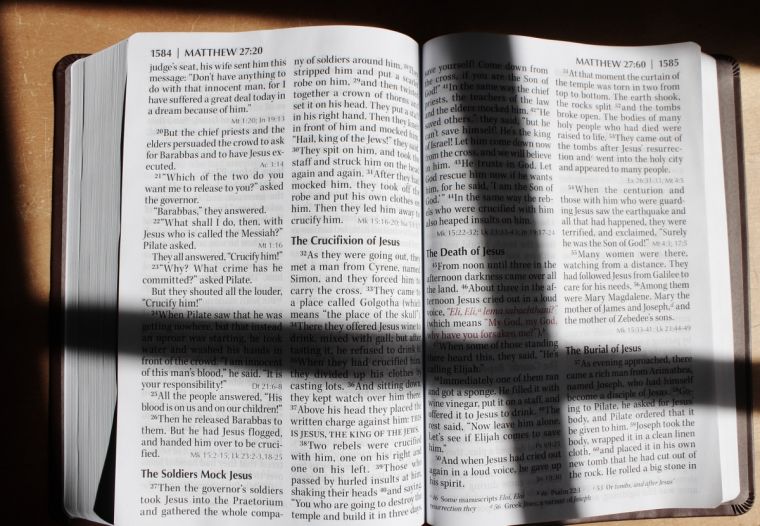 While the Church is one of the greatest ‘apologias’ for the gospel, it is also often the weakest link. How many people say they cannot believe the gospel because they see those who say they believe acting in a way that is contrary to their profession of faith?

Just think of the politician who campaigns on ‘family values’ while conducting numerous affairs, or the businessman who supports a charity arguing for economic justice while paying a pittance to his underage workers, or the sportsman who wins a sporting award while taking drugs.

Then there are the hypocritical statements of those in public life, who attack someone while they are alive and laud them when they are dead. Or the national hypocrisies – this April more than 400 African refugees died in attempting to cross the Mediterranean. The story appeared in a few newspapers but was quickly overtaken by the death of the pop star Prince. Granted he was a celebrity and in our celebrity culture his death is more newsworthy, but why were buildings not lit and numerous column inches devoted to the 400 rather than to the one?

As a society we talk about equality, but ironically it appears that in our media world, death is not the great equaliser – it is the ultimate way of showing who really matters.

All you have to do is pick up today’s newspaper to see numerous examples of hypocrisy. So why is it considered such a big deal when it occurs within the Church? Why is it such a ‘defeater’ belief?

It’s because we are held to a higher standard.

This is not a new problem. Augustine warned in his City of God: “The heretics themselves also, since they are thought to have the Christian name and sacraments, Scriptures, and profession, cause great grief in the hearts of the pious, both because many who wish to be Christians are compelled by their dissensions to hesitate, and many evil-speakers also find in them matter for blaspheming the Christian name, because they too are at any rate called Christians.”

Hilary Mantel in Wolf Hall has her main character telling the King: “May I suggest to Your Majesty that, if you wish to see a parade of the seven deadly sins, you do not organise a masque at court but call without notice at a monastery?…What I cannot stomach is hypocrisy, fraud, idleness – their worn-out relics, their threadbare worship, and their lack of invention. When did anything good last come from a monastery?”

Anyone with access to the internet will soon come up with enough stories of hypocrisy within the Church to turn anyone off Christianity. Whether it’s church child abuse being covered up, financial fraud or sexual scandals, there is more than enough to justify the charge.

When U2 sang ‘Bullet the Blue Sky’ during the Joshua Tree album tour in the late 1980’s, one line in that song stood out – [TV evangelists] “stealing money from the old, the sick and the poor…well the God I believe in isn’t short of cash, mister”.

The fact that people use religion to exploit other people is clear. The sadness for me is that the beautiful Good News of Jesus is distorted and perverted in this way. Bono explained his revulsion as a believer to this kind of behaviour: “I go to America and I turn on my television set, and I start sweating profusely because these guys have turned faith into an industry. It’s appalling. It’s ugly – the guy’s hand is virtually coming out of the television set.”

It’s not only religious people who use religion to make money. A church in London asked me to debate Christopher Hitchens, something I would have been delighted to do. He agreed and it looked as though we would be able to go ahead with it, until we received the demands from his agent: two first-class return tickets from New York to London and $50,000. When the church said that that was still way beyond their means the agent said that churches in the US were prepared to pay that kind of money. More fool them. (It is beyond ironic that Richard Dawkins and his supporters are happy to accuse those who dare to write challenging his words of being “fleas seeking to make a living off a dogs back” while he himself has made millions rehashing old, tired arguments about the non-existence of God, and how those who say they believe in God are either ignorant or just out to make money.)

So what is our answer?

2. Understand what Jesus thinks about hypocrisy.  “You hypocrites! Isaiah was right when he prophesied about you: ‘These people honour me with their lips, but their hearts are far from me. They worship me in vain; their teachings are but rules taught by men'” (Matthew 15: 7-9).

3. Be thankful that Jesus died for hypocrites. It is while we were still his enemies, while we were still faking it, while we were ‘inauthentic’, that Christ died for us. His blood cleanses from all sins – including hypocrisy. The trouble with hypocrisy is that once you have started you can’t stop. One lie leads to another until your whole life gets built on a lie. You can’t destroy it all and begin again. But Christ can. Those who trust in him are forgiven, reborn and set free to serve.

4. Get real with Christ. When asked about hypocrisy in the church I always ask the questioner: “But do you know any real Christians?” In my former church in the village of Brora, in the Scottish Highlands, I was astounded at how it was always the same people who were mentioned. Wee Margaret, Big Margaret, Ross the lorry driver, Angus the carpet fitter, Big Donald the Mill worker…people who lived unpretentious, unglamorous lives for the Lord. In some people’s eyes they would not be regarded as special. In the Lord’s eyes they were his saints – his precious jewels. And in the eyes of many in the world they were recognised as such. Men saw their good deeds and glorified their Father in heaven.

Christ gives us the freedom to be real. We don’t need to pretend to be better than we are. We know what the Bible says about our sin. We don’t need to crave acceptance and plaudits from the world, because we have been accepted by God. We know that it is pointless putting on the hypocrite’s mask because our all-seeing God knows us better than we know ourselves. At last we are free to be real – in all our beautified ugliness.

In a world that hypocritically condemns hypocrisy in the Church, the only answer to that charge is for real Christians to live out real lives serving our real Lord. Before I became a Christian I had lots of mocking questions, answers and accusations for Christians. The answer that blew me away was seeing and experiencing real Christianity among real Christians. Their lives asked me questions that I could not answer and ultimately led to their source – Jesus Christ. Some Christians ask for power to perform great miracles, or give great talks, or donate great sums of money. I just ask for power to live a real Christian life. Lord, grant holiness, not hypocrisy.

For others in this series go to