Today was a sad day for the Church of Scotland – and for the Church in Scotland.  The C of S General Assembly voted 274/136 to allow ministers and churches to conduct same sex marriages.  This was not a surprise – it is a ‘trajectory’ they have been on for 20 plus years.  The reason it has taken so long, was not the oft given one, that the Church needed to have ‘a conversation’.  Rather it was, as the Moderator admitted on BBC Radio Scotland today, an attempt to keep the Church together.  In other words, to prevent the significant minority of evangelicals from leaving.  In general, that tactic worked – but at an enormous cost to the Gospel.    Although some evangelicals left, the majority have, and will, go along with it.   It was depressing listening to evangelicals saying that they disagreed and thought this went against God’s word, but nonetheless they spoke in high terms of those who disagreed and promised their obedience.   One man even assured the Assembly that though he disagreed, they could be assured of his acceptance of the decision.  The progressives view that the evangelicals lacked the backbone and the organisation to make any kind of fight has proven to be correct.

In fairness I should point out that there are a few who have remained faithful and who are not ashamed to say what Christ says.  None more so than Rev Philip Gunn, from Rosskeen parish church – who told it as it is.”God has called us as his followers to be bold and make a stand for what is right in his eyes,” “If we choose to turn our back on scripture how can we stand up and say we are ministers of God’s church if we then change what God says?”  Well done brother, you were a light in the darkness!  And there are of course others….may the Lord bless them!

As a result the Church of Scotland is dying.  Watching the Assembly today I got the impression that I was attending a funeral.  It was so dated, elderly and unrealistic.   This was a play, a sham, and an utter irrelevance to the people of Scotland.   This was the Church closing the lid on the coffin which they have so painstakingly constructed.

Most of the moderators in recent years have been evangelicals.  The liberals have no need to fear us – because we have become toothless.  One evangelical moderator was even honoured by the University of Glasgow for advancing the LGBT cause within the Kirk.  The current moderator, Rev Iain Greenshields, is an evangelical.  As I was driving down the A9 from Inverness, I heard him being interviewed on BBC Radio Scotland news.  The journalist came out with the incredible statement that the Church of Scotland was in decline because it had taken so long to accept SSM – not realising that it is the Church’s following the culture which has killed it.  GK Chesterton’s quip is apposite: “He who marries the spirit of this age; will be a widower in the next”.

I was intrigued how Iain would respond.  I was grateful that he denied that the decline of the Church was due to not accepting SSM quicker and I dreamt of his explanation.  “I am the moderator and I moderate the debates.  However, I have to say that I am deeply disappointed at the result of this debate – because God’s word is clear – and the Church does not have the right to go against the Word of God.  As moderator I will do my utmost to call the Church to repentance and to return to the Lord.  Otherwise, we as a Church are finished.  I would also like to call the nation to repentance, renewal and to return to the Christ of our foundations!”   That would have brave, prophetic and awesome.  Instead, we got the wettest of wet responses.  The church prayerfully came to a conclusion, it was a good and full debate (it wasn’t), and we are all united in seeking to keep the church united.  Who cares what the Head of the Church wants?  He is irrelevant in this discussion – only to be used as a sound bite and prop for our views.  What we want, Christ wants.

But never mind the SNP tweeted its congratulation and the BBC approved.  What else does the Church need?

How did we get to this?   Rev Ian Hamilton gave this masterly address recently, in which he explained the reasons for the decline.  This is well worth listening to…it is courageous and perceptive.  I agree entirely about not relying on individual leaders.

I was so depressed that I turned to Thomas Manton.   What does a 17th Century English Presbyterian Puritan, have to say to this situation in the Church of Scotland today? JI Packer said about Manton – ““Anyone who means business with God will find that Manton grabs, searches, humbles, and builds up in a quite breath-taking way” 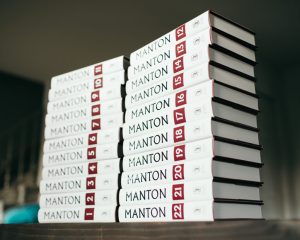 I was astonished to read these quotes from Manton’s sermon on Jude 4. “For certain individuals whose condemnation was written about long ago have secretly slipped in among you. They are ungodly people, who pervert the grace of our God into a license for immorality and deny Jesus Christ our only Sovereign and Lord.”

“Wicked man may creep into the best church; God permits it not only for our own hardening, but for our trouble and trial”

“We think to fill the church, but we do but fill the house with thieves: wicked men ever prove a trouble.”

“It is an easy matter to fill the church by remitting the rigour and severity of discipline; But heaven is never the fuller, but the emptier, for wicked men are hardened and confirmed in their own security; and the church never fears the better, it loses in strength what it gets in breadth, as a river does, and zeal is lessened the more the number is increased; yea, wicked men usually prove a trouble, and we come to wish afterward we had been more strict. “

“It is good to be strict, lest by promiscuous admissions we bring in such a mischief to the church as we cannot easily get rid of. “

“They enter under a colour or show of profession, or their invasion of the office of preaching – not being duly called. Or ‘their creeping into the people’s hearts and affections by plausible pretences and insinuations, instilling their errors drop by drop before they could be observed, and pretending themselves to be friends of truth or piety. “

“The origins of heresy are like the foundation if the Nile, obscure and hidden; a man may lose himself in the labyrinth of antiquity before he can find them out. “

“Satan, when he would set any error on foot, he makes choice of the most subtle instruments, that they may put a varnish on it.”

“We must bark when we see a wolf, though in a sheep’s garment; our silence and negligence does but give them an advantage.”

“We admire the persons, the gifts, and so easily swallow the doctrine… “

There is a solemn warning for those who pervert the Scriptures. “No man ever perverted the truths of God but to his own loss.  They were ordained to this judgement, that is, that by their own sins they should come to such a ruin.  We play with opinions, but do not consider that damnation is the end of them; the way of truth is the way of life, but error tends to death.

And then there is real encouragement for those of us who are discouraged by the apparent success of heretics.

“There is nothing so small that the Lord takes cognisance of it; nothing so evil, but he turns it to good.”

“Here is comfort to those that regard the affairs of Sion; all the confusion and troubles that are in the church are ordered by a wise God; he will bring some good issue out of them, some glory to his name, wherein the saints observe as much in their own welfare; some good to the church.”

And then there is this reminder of the importance of evangelical unity. When the church is rent into so many factions, men fool it, as if there were no God, and the whole gospel were but an imposture and well-devised fable; that is the reason why Christ prays.  John 17:21

In the whole spiritual battle round this, in my debate with Scott McKenna; despite the depressing disunity of the evangelicals; the caving into populist culture; and the ongoing collapse of the Church of Scotland, I have been strangely encouraged.   I have been forced to look up – to see the truth and beauty of Christ in his word.  Once you see that – you don’t care about the politics, the defeats, or the personal abuse, or the darkness that the devil places over the church.  You see the Light shining ever more powerfully.  I leave Manton with the last word.

And never is there so much of God and beauty of truth discovered as when errors abound.

The Slow Death of the Church of Scotland &#8211; Accelerates