This article has just been published in Australian Presbyterian here –

There was a time when those on the left knew that apartheid was wrong. The South African system of ‘separate cultural development’ was rightly considered to be segregationist, racist and evil. But times have changed. Now many progressives and others who consider themselves to be left wing (and even some who identify as ‘conservative) are arguing for and encouraging apartheid. Separate cultural development is all the rage. Or at least it is for some cultures, but not others. So called ‘multi-cultural’ Australia is actually mono-cultural when it comes to some issues. Many universities, for example, want multi-culturalism at a skin-deep level – where people are judged according to their skin colour or sexuality. But what they do not want is there to be diverse political or ideological cultures. They are happy to be multi-religious as long as the religious are an ethnic social club which doesn’t challenge the authoritarian progressive morality.

Another example of this is the recent announcement from Brad Hazzard, the NSW Health minister, that Australia’s first state-funded LGBTQIA+ healthcare centre was to be built somewhere in Sydney. Run by the AIDS Council of Australia it will cost millions with the state government providing $3.6m additional support for specialist trans and gender diverse support, $2.65m for education and training of health staff and $1.78m to mental health and suicide prevention. Whilst we can fully support that health care should be given to all people, the question arises as to why the LGBTIQ+ need a completely separate facility. This smacks more of ideology than health care for all. St Vincent’s Hospital chief executive Anthony Schembri confirmed this when he talked about why this separate LGBTQIA+ healthcare centre was needed. He spoke of feeling uncomfortable when he was recently in hospital because he was asked as a patient about his wife or presumed female partner. “There was an assumption that I was heterosexual in these healthcare settings – not always but enough to feel uncomfortable at times,” he said. “I considered whether I should ‘out’ myself, but I wondered, ‘Will I be treated any differently? Will it affect my care?’” he said.

So, because he felt uncomfortable millions of taxpayer’s money should be spent on separate facilities? Why don’t we have other such health care centres geared towards people’s sexual and marriage identification? A polygamous centre? A singles centre? In fact, given our society’s tendency to polarise according to various identarian factors why not have health centres based on race, religion or economic status? But what about Christian hospitals? Exactly! Christian hospitals are not for treating Christians – they are for Christians treating everyone!

The National Gallery of Australia 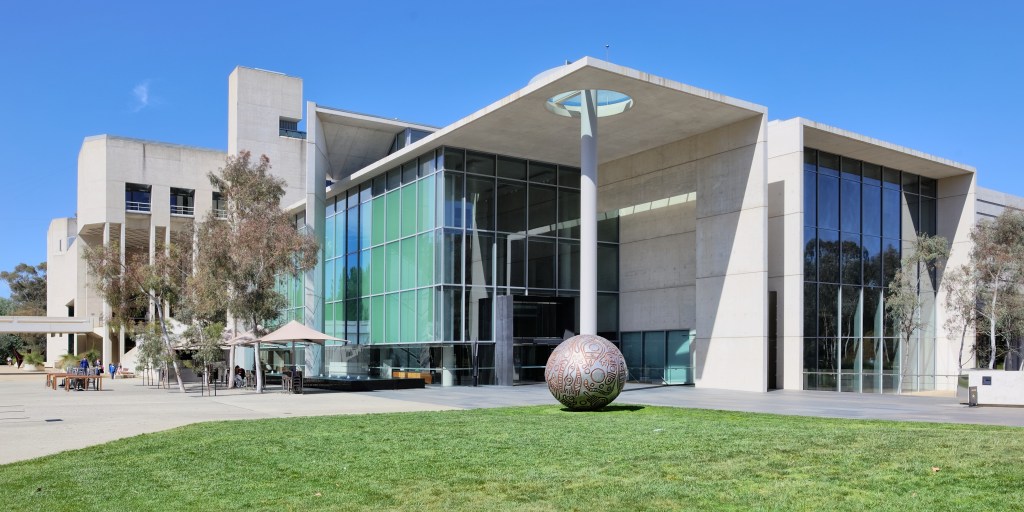 Separate educational development is apartheid. Separate health care is apartheid. Separate arts development based on gender or race is also apartheid. The National Gallery of Australia has just announced its five-year gender equity plan. It requires all acquisitions, exhibitions and commissions to represent a split of 40% female artists and 40% male. The remaining 20% can be any gender – including any of the made-up ones. The Australian artist Tim Storrer called this ‘social engineering’ and asked, ‘how can you put quotas on quality?’ He compared it to the Soviet Union and Nazi Germany where the arts were bound by quotas based on racial terms. The NGA director Nick Mitzevich ““I think any contemporary institution needs to reflect society … When the playing field is uneven in our world, it’s important that we do special things. And that’s what the gender equity action plan is all about,”. But whose society? This is a playing field that will be ‘equal’ only in some areas and in reality, ends up creating an unequal and unjust playing field. People should be selected for exhibition of their work, because of the quality of that work, not their gender. I don’t care if I go to the Art Gallery and the works are all by black female artists – if they are the best works. I do care if anyone was excluded because of their skin colour or gender. And personally, as an artist, I would care if I was included because of my gender, not because of my art. Are we going to remove the Dutch masters because there are too many dead Northern European white guys on display? I wonder if the National Gallery would be so bold as to limit artists who had been to private school or elite universities in proportion to their number in society?!

Apartheid is also increasingly occurring in the media. Again, the mainstream media like to boast about their diversity in terms of race, gender and sexuality. But they struggle with ideological, philosophical or cultural diversity. One BBC producer told me that he thought I represented the views of the 50% of the population that the oh so diverse BBC did not. There was a small incident on Q and A which illustrates the ABC having the same problem. An Australian/Russian Melbourne university graduate asked a question from a pro-Russian perspective about the Ukraine/Russian war. Twenty minutes after the question, the normally sensible presenter, Stan Grant, stopped proceedings and excluded the young man, on the grounds that Grant was not ‘comfortable’ with someone who advocates violence. The young man was not removed because he advocated violence, otherwise Grant would have had to remove every panel and audience member who advocated violence. He was removed because his voice did not fit the established narrative. The point here is not to defend what the young man was saying, but rather his right to say it. If we are left with a world where publicly funded broadcasters are only going to broadcast what their presenters feel ‘comfortable’ with – then we have an apartheid media.

Having said all that there is a case that can be made for some apartheid. For example, is it wrong to have single sex schools? Or cultural arts groups based on one ethnicity? Or men’s clubs? Women’s groups? There is room in a diverse society for groups that are not in themselves diverse. But what about the church?

My concern is that sometimes churches have copied the fashions of this world. And I wonder if we have done that on this issue of apartheid. The biblical position is clear. In Christ there is neither Jew nor Gentile, neither slave nor free, nor is there male and female, for you are all one in Christ Jesus (Galatians 3:28). So, what justification do we have for churches based on age, ethnicity or socio-economic class?

The argument is given that in order to reach people you need to have a church which reflects who they are. From the Homogenous Unit Principle (HUP) comes the idea that in order to reach one ethnicity, you need to start a church which is exclusively, or almost exclusively, that ethnicity. Whilst this reflects the wisdom of this world in a sociological sense, in biblical terms it is highly questionable. And it robs the church of one of its greatest apologetics – the beauty of a genuinely multi-cultural group of people meeting together. I think of MBM in Rooty Hill – a church which reflects the diversity of the surrounding cultures with over 70 nationalities present. Ray Galea, the pastor who is just about to leave for Dubai (a sad loss to the Australian church), was initially going to do a church for Mediterraneans. There is nothing wrong with having a church based on language (we do after all have to communicate) but churches always develop, or should always develop and change. Our aim should be to have churches which reflect the diversity of the communities we are placed in. I have been greatly impressed by some of my Chinese presbyterian friends, whose desire to reach out to the people they live and work with, of different ethnicities, is passionate and highly commendable.

There is an enormous danger that what can start off with a good intention, a desire to reach people of one ethnicity or culture; ends up with a PLUS (People Like US) mentality. But if we accept the biblical principle that the church is always growing, developing and reforming, then we should expect churches that are constantly changing. That is not comfortable – but it is dynamic, challenging and most importantly, biblical. In an Apartheid Australia the light of the Gospel will shine ever brighter from these multi-cultural churches. “See, how these Christians love one another”! In a society building walls at an ever-increasing rate, it would be wonderful to show people the dividing walls of partition being brought down (Ephesians 2:14). He himself is our peace!

Selma and Spiritual Apartheid &#8211; Should we have Black/Scottish/Chinese/White Churches?