I don’t know if you’ve ever had buyers regret.   That feeling after you have parted with your hard-earned cash for a desired/necessary product, only to almost instantly question whether you have made the right purchase.  Sometimes it’s totally minor – like when you order fish and chips only to wish it was haggis and chips.  But other times it’s something much more significant.   This week I have been thinking about a couple of major purchases that I am not sure I got right (and as a Scotsman who is not keen on parting with money you can imagine my pain!) and it has set me on a train of thought about ‘regrets’ that we may have had.  Times when we wish we could ‘return to sender’.

Car – We took a bit of a risk in buying an old car – a 15-year BMW which came at a cheap price….but we were warned that it was so cheap because there was an oil leak, which at some point in the future would need to be repaired.  Well last week that time came, and it was not cheap!  If the car lasts another few years, then maybe there won’t be regrets!

Computer – My laptop is an essential piece of equipment – it is what I use to write, research and record.  So the time had come to replace my old MacBook Air.  After much research and thought I decided to wait for the new MacBook Pro 2020 and ordered it four weeks ago.  I regret doing so. 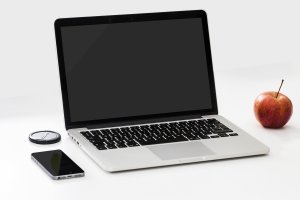 Compared with the Air it does not have the same battery life, it overheats if I use some of the programmes (so that being a laptop is not comfortable) and although we will probably get that fixed there was something even more annoying! Apple bought out a completely new version last week – which has twice the battery life.  When I visited the Apple store their employee admitted that Apple don’t forewarn of new products and when asked about a new computer coming out, usually deny it.  Basically, he said it was just tough luck. You can’t return a computer just because they brought out a better one a couple of weeks after you bought yours.  Although as a loyal customer you would think that Apple might cut me some slack!  After all they ‘care’ and are here to serve their customers…

In the course of things these two issues are first world problems – of little significance in the grand scheme of things. But there are other issues of far more importance where we make choices and end up with regrets.  These are some I have heard over the years –  (this is not a personal list!).

Career –  There are people who start off in one career and come to regret it.  What is worse is when they cannot get out of it. I know of ministers who would rather be elsewhere, or doctors and businesspeople who want out.  Have you ever found yourself stuck in a job which you regret having taken?   When we lived at Nigg in Easter Ross – the oil rig yard at the bottom of the hill was employing a large number of well paid people.  I had friends from school who were going into jobs that were three times as well paid as my fathers – a farm labourer.  I asked him why he didn’t apply to go and work at the yard.  I’ve never forgotten what he said:  “sure, I could earn a lot more money, we could rent a house in town and I would be miserable.  If you possibly can, get a job that you enjoy doing.”.

Community –  Where we live.  There are those who feel greatly blessed in their community – they love the place and people  in the context of where their lot has been cast. ‘The lines have fallen for me in pleasant places.  But others are restless – or even dislike intensely where they are.  To live and work somewhere you dislike is a curse.

Children –   Does anyone regret having children?  Those of us who are profoundly thankful for our children find this difficult to understand – but there are those who, because of circumstances, grow to see children not as a burden rather than a blessing.  It is so heart-breaking to meet with children whose fathers (or mothers) have walked out on them – and want nothing to do with them.  Others have troublesome and rebellious children who cause so much pain that the parents regret ever having them.

Church – Many times I have come across people who have been wounded by, or deeply hurt within, a local church.  Bruised and battered they regret the decision they made to join that church.  That is such a painful experience.

Christ –  Buyers regret over material things may be common, regret over church more common than we would like, and regret over children much rarer.  But does anyone ever regret choosing Christ?  I cannot conceive of that.  Other things may cause us regret because they do not fulfil our expectations or let us down in some way.   But it is impossible for Christ to let us down.  In fact, our expectations of Christ are usually far too low. “No eye has seen, no ear has heard, the things that God has prepared for those who love him” (1 Corinthians 2:9) . Furthermore, these other things can give us regret because we feel as though it is our choice which is primary – but in coming to Christ, it is because of his choice.  He is the one who invites and asks us to himself.  We are not the ones who control the Covenant of grace.

I am deeply conscious of how I have, and will, let people down because of personal weakness and sin.  I am deeply conscious of how I have wounded Christ – and how it was my sins that nailed him to the cross. I cannot go along with Frank Sinatra declaring “regrets I’ve had a few, but then again too few to mention” because I ‘did it my way’!   If I was left to do things my way, I suspect my life would end up one big regret.   There are many things in my life I do not regret (and some I do),  but without doubt the absolute is that I have no regrets and no doubts about deciding to follow Jesus – He has never, and will never, let me down. 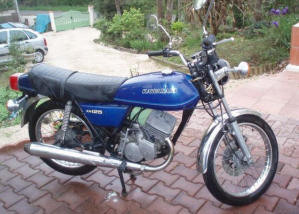 We have been speaking of buyers regret – but what about seller’s regret?  Have you ever sold something, or given up something, and then regretted that you have done so?   I once had a motorbike that I sold to my good friend, David Meredith, so that we could afford a carpet.  I think that’s the one thing l regret selling.  I promised myself that when I reached my midlife crisis, I would replace it with a Harley….30 years later my bike dreams have turned into pipe dreams.  Meanwhile Mr Meredith has gone on to greater and better bikes (I’m not jelly – good for him!)….I’ve got the t-shirt!

Unlike the motorbike there were some things that I gave up because I believed it is what Christ called me to – but they are personal.  And I don’t regret any of them.  In fact in my life, I have seen the fulfilment of the promise of Jesus.

“Truly I tell you,” Jesus replied, “no one who has left home or brothers or sisters or mother or father or children or fields for me and the gospel  30 will fail to receive a hundred times as much in this present age: homes, brothers, sisters, mothers, children and fields—along with persecutions—and in the age to come eternal life. 31 But many who are first will be last, and the last first.” (Mark 10:29-31)

I remember moving to Dundee from Brora, consciously sitting down and making a list of all the things I wanted to do – and then screwing up that list and throwing it into the bin – thinking that I was giving them all up to move to that run down church.  It was for me giving up my ‘small ambitions’.   Within a couple of years all the things on that list had been given to me – and then some! That is a process that has repeated itself.  I am almost inclined to say that there is almost nothing that we give up that Christ does not return abundantly – or to put it another way “He is no fool who gives what he cannot keep, to gain what he cannot lose” (Jim Elliott).   There IS sellers joy.  It’s selling all that you have to buy a field where you know there is great treasure.  That treasure is Christ.

Speaking of which there is nothing gives me greater joy that to preach Christ.  The regular systematic preaching of the Lord’s Word to the Lord’s People, on the Lord’s Day is the one thing I miss most – so I was delighted to be able to preach in Scot’s Presbyterian in Sydney last week.  You can listen to it here if you are so inclined.

The Importance of Preaching in a Post-Covid World – AP

Meanwhile we are delighted that what seems like a long and tortuous process in appointing a new pastor to St Thomas’s appears to be over.  Mickey Mantle, an Aussie currently in St Helens Bishopsgate, will God willing be returning to Sydney to take up the post.    I continue to pray that St Peter’s equally long and tortuous process will soon be over and that the Lord will provide them with a suitable pastor.

And in some more good news here – NSW has had no community transmission for two weeks, Victoria for three, and the outbreak in South Australia appears to be over and limited to less than 30.  Its such a different picture from most of the rest of the world…

Letter from Australia 69 – Is Joe Biden’s Faith the Christian Faith that will Change America?