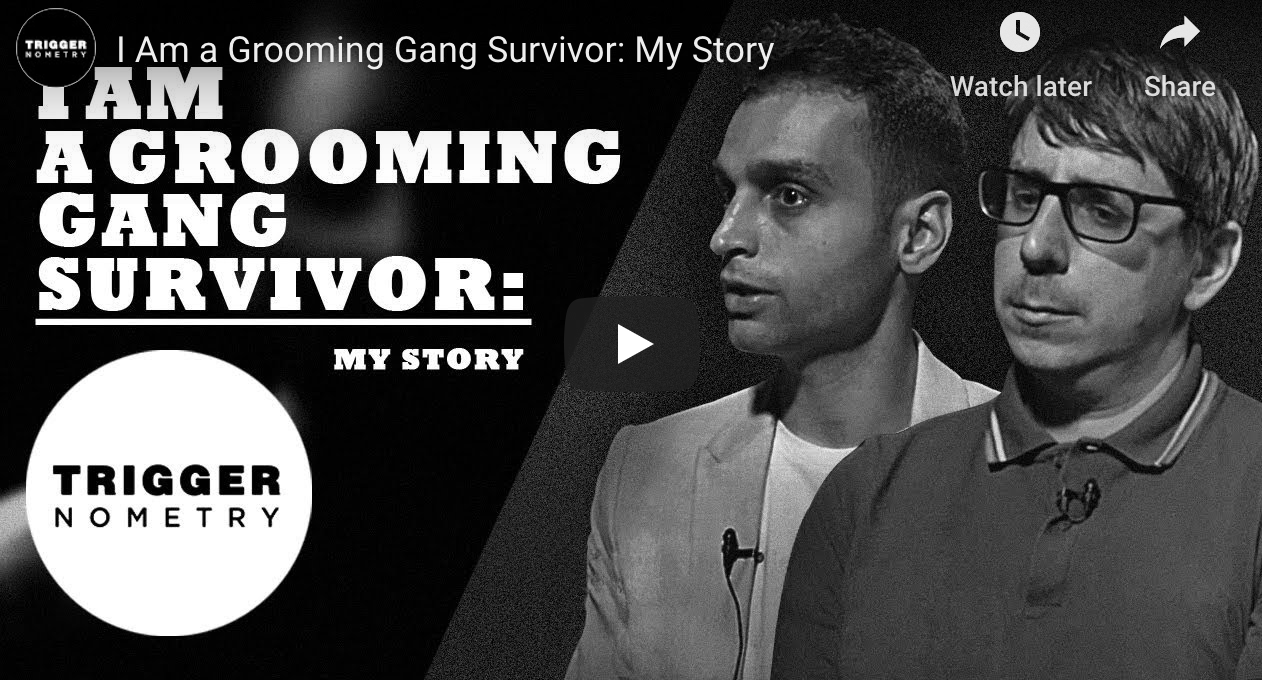 Other than the scandal of abortion, I think this story is the greatest scandal and evil in the past decades in the UK.  Despite combining racism, religious prejudice, mysogny and class snobbery – one of the great scandals is how underreported this has been.  A government report on it has been kept secret, the commentariat and politicians have largely been silent (indeed some politicians were even disciplined for speaking out about it, and once again the Church has largely been complicitly silent.   Then this week the podcast Triggernometry interviewed  Dr Ella Hill – one of the Rotherham victims.  This is an astonishing and disturbing interview – but also wonderful – as she testifies to her Christian faith and how that has impacted her.  The story was also told on Premier.

I’m not going to make any comment other than to highlight some of the points she makes in the interview.    It is really jaw-dropping – especially the section on her Christianity and forgiveness – around 15 minutes.

Think about this – in today’s Britain – this brave woman – a victim of multiple rapes – still has to obscure her face because she is scared of retaliation.

I cannot comprehend why this interview is not headline news on every major news outright in the UK.   I cannot understand why other Christians are so silent on this.  I hope and pray that everyone who reads this will share it widely.   Don’t expect it to be widely covered in the UK media.

I cannot understand why people say ‘oh yes, this has been covered.’  That’s not the point. It’s HOW it has been covered.  The UK media have given us weeks of analysis and reporting on the horrible death of George Floyd in the USA.  If Dr Hill had been black and attacked by a group of white supremacists – it would be headline news for years.  But she says that half a million young women like her have been raped and abused.  Half a million!  Even if that figure is only 10% true it is utterly horrendous.  What message are our media, politicians and cultural leaders sending to these young women?  Because you are white, mainly working class women, your lives don’t matter?  Lord have mercy!

Sex, secrecy and stars in a crooked and depraved generation