As I was sitting on the plane about to leave Seoul – the young Korean man sitting beside me leaned over and whispered conspiratorially – you’re getting out just in time – Coronavirus is just about to take off here. At that point on Wednesday there were 12 cases in South Korea – now there are 400 plus – mostly apparently spread through a ‘sect’ meeting.  Although I greatly enjoyed being in South Korea – and was incredibly challenged and encouraged by it – it was good to get home.

However I have to admit to a certain sense of melancholy and uncertainty about things – there is a great deal of pain in this world. A few weeks ago we heard of the death of Bill Anderson – one of my hero’s – an elder in Buccleuch and the caretaker of the Free Church buildings on the Mound. But so much more. He was a great historian and a wise and gracious man. Then in the past couple of weeks we have had the deaths of two of the ‘old guard’ of the Free Church – John MacLean and David Ford – both very different characters and yet both influential ministers in the Church. John was always jovial and kind to me and I appreciated his commitment and zeal for the Lord and his Church.   David was a great thinker and someone who exemplified the best of the missionary. The church in Scotland is the poorer for the loss of these leaders – and I wonder who will replace them. In some ways part of that answer is seen in their children – I have known and been involved with over the years Nigel Anderson, Martin MacLean and Rebecca Ford – all of them a tribute to their parents. They exemplify the Free Church at its best. 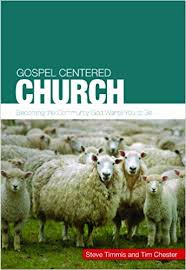 In one sense – death as the last enemy and the second greatest separation is the most sorrowful event – yet in another for the Christian it is also a joyful one. I have finished the race; I have kept the faith, now there is in store for me…. Perhaps a far greater pain is when those in the Church go wrong – especially the leaders. I doubt that there is anything that has caused more doubt, puzzlement and pain than watching men (and women) who you admire as Christian leaders, going wrong. I know that the Bible warns us of this – and yet it still comes as a shock. I have been in a state of wounded confusion and frustration at the sad news about Steve Timmis being removed as leader of Acts 29 and the ongoing revelations about one of the bastions of Anglican evangelicalism, Jonathan Fletcher.   Sometimes it feels as though the Church is under particular assault in these days – and that the Gates of Hell will prevail against her.

But I believe what Christ says. They cannot.   This weekend I was reminded of that as I was invited to speak at the Pitt Town Community Church weekend away.   I was greatly encouraged by it. Not because it’s an Anglican church, well organized, led and structured (which it is); but rather simply because it is a normal church made up of flawed individuals who love Jesus and who are seeking to serve and worship him together as a community. One conversation struck me in particular – one man asked ‘how did we get someone like you? We are not a big church!”. I think there were two misapprehensions in that comment. Firstly that somehow I am some kind of big name speaker – which I neither am nor want to be. The Christian celebrity circuit is not my environment. And secondly that ‘big names’ – or at least those who are recognized as having a wider leadership and speaker role – are restricted to big churches, groups of venues. When I read the book of Acts (which is what we were looking at Pit Town) I do not see Paul refusing to spend time with small churches and only doing the big gigs in Jerusalem, Athens and Rome! I wonder if the presuppositions behind that question are also some of the reasons behind the systemic failures that seem to be occurring in evangelicalism today?

What also impresses me is the number of top quality Christian conference venues there are in and around Sydney. The Topswas an excellent facility. I know that we have a couple of excellent ones in Scotland but I’m certain that we could do with more like this.  Taking time out and going away for a weekend as a church community – is a great way to help build that community. But it’s hard to do if you don’t have the facilities.

Anyway as you have met, or will meet, this Lord’s Day – in the midst of all the ups and downs and confused turmoil of the wider church – take a look round at your own fellowship. It may be small, it may be insignificant in the eyes of the world – but it is the Church of God which he bought with his own blood – you cannot get more precious and valued than that. Value the Church – as He does – and you will find that many things will change!