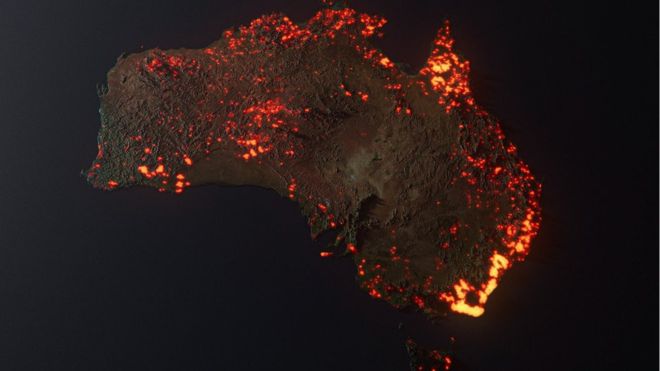 Have you ever noticed how when someone writes ‘be honest about X’ they often really mean “agree with me about X’?  The standard of honesty is reduced to ‘that which agrees with me’.   And we can, thanks to Google, Wiki and the algorithms and filters so helpfully supplied by Facebook, Twitter and other Internet giants, easily find many who agree with us and thus they can be safely  pronounced ‘honest’.

Of course this means that those who disagree with us are dishonest liars or just not as intelligent as we are.  We know this because we have the web pages, memes and tweets to prove it!

We are told that we live in a post truth society – and yet everyone seems concerned about truth.  But it seems to me as though we have redefined truth to be ‘that which agrees with how I feel’ rather than any reality.  Like the Manic Street Preachers we say ‘this is my truth, tell me yours’ – as though truth were entirely subjective.

I have been reflecting on this (and how such an attitude so easily becomes mine – if in a somewhat modified form) after the reaction to my post What is the Truth about Australia’s Bushfires    Whilst there were many positive reactions far too many people judged the article on the basis of what they already believed – rather than the substance (or lack thereof) within it.

If you think that climate change is a Marxist hoax then you were happy to pick up on the facts about arson, previous bushfires and fuel loads.  But the acknowledgement that manmade climate change is a factor in making these bushfires worse was like a red rag to a bull!  I think my favourite comment was from a man who told me to ‘go bury your head in the sand’ because I did not recognise that it was Islamic extremists who were setting the fires!

On the other hand if you think that climate change is the only cause/subject that matters then any comments other than ‘it’s all climate change and we’re all going to die unless Scott Morrison gives up on the fossil fuel industry’ are clearly of the devil and show that you are part of the denialist conspiracy!

And so two tribes go to war!

But I was encouraged/discouraged by two articles that I read which recognised the problem and the need for truth on all sides.   (By the way – why does there need to be ‘sides’?   I don’t have anything invested in an opinion about why the fires are burning – I just want to know the truth and I want to know what can be done to help).  The first was this article from the BBC – Australia Fires;  Misleading maps and pictures go viral.

The second was this from the Australian. Bogus, misleading bushfire images do rounds on social media  which demonstrated that there were fake images, old videos, and photo shopped images doing the rounds. The trouble is that people pick up on these and because they are circulated by people we trust we assume they are true.  It seems as though celebrities, in particular, have the worst impact – largely because they have the largest followings.    Some of these are inadvertently passed on because people think/feel they are real.  Others sadly are the product of scams.  These bushfires have brought out both the best and the worst in human nature.

Christians are not immune to this.  We can also far too quickly pass on ‘good news’ or bad news (gossip) without thinking or checking – purely and simply because they seem to support our cause.  So for example we hear that 2 million Iranians have just become Christians and that gets passed on.  We hear that Richard Dawkins has just endorsed the necessity of Christianity for a civilised society and we gleefully pass it on.  But we don’t check either the truth or the context — and the latter is so important because truth without a context can so easily breed a lie.

I would suggest that an unhealthy sceptism is not the answer.  When we believe no one or nothing then we live in a world which consists only or our own views and we are immune to challenge.   But there is such a thing as a healthy sceptism.   What does that mean?

Firstly we should hold all our opinions with humility.  We have to allow for the possibility that we might be wrong.   We also have to admit our limited knowledge.  I like this verse from Proverbs 18:17

In a lawsuit the first to speak seems right,

until someone comes forward and cross-examines.

We have to be cautious about making judgements passed on the limited information we have.

Secondly we need to think well of others.  They may be wrong (as we may be) but that does not mean they are deliberately lying or that they are stupid.   A gracious answer turns away wrath!

Then we need to seek after truth – even inconvenient truths.  I am reading just now an expose of a Christian leader I admire.  I don’t know if it is true or not.  But it may be.  I cannot just jump to his defence because I admire him – but neither can I pronounce him ‘guilty’ because someone writes what seems to be a convincing case.  I am not the judge.  Here is where a biblical theology helps.  The Bible tells us that even the greatest leaders can fall and so we should be dismayed, but not surprised, when that happens.

I am far more likely to trust a politician, journalist, church leader if they tell us is detrimental to them – as well as what promotes their cause.  Even on the reports about ‘fake news’ it is mildly amusing to see how the fake news is often presented as only being on the other side.   The Christian perspective is that all humans are liars!

Don’t be too quick to dismiss – not every post you disagree with is a result of Russian bots, communists plots or far right idiots!  And some of the ones you agree with may be.  Check sources.  Even check the ‘fact checkers’!  My apologies for when I have not done so and sometimes inadvertently passed on false information.

Don’t be afraid to challenge – and don’t allow yourself to be emotionally bullied or scared into silence.  One rather sad response to my post was that they were scared it would be used by climate deniers – so what?!  Most of the Bible would not have been written if the Lord was concerned about how people would misuse it!  Emotional bullying occurs when someone tells you a (usually) anecdotal story about someone who committed suicide or were deeply hurt because of your views.  It’s an effective silencer – if you stop thinking!

What also helps is if we can find reliable sources.  In this Internet age I am finding this harder and harder.  I have stopped subscribing to most newspapers because the majority have become little more than gossip columns and opinions pieces.  But there are journalists who are prepared to give information even when it goes against their own opinions (I think of Iain MacWhirter of the Herald and James Forsyth of the Spectator as two examples of people whose reporting carries more credence than most!)

We also need to stop seeking our identity in our being right.  It’s ok for us to get things wrong.  God knows.  He doesn’t love us because we are right – he loves us because he loves us.  That doesn’t mean he doesn’t care about truth – precisely the opposite – it just means that he does not need us to tell him the truth!  Neither, for that matter, does the world.  He may use us for the purpose of telling truth- but we are not that truth – and the truth is not dependent on us.

Finally we need to be aware of absolutists – or what are sometimes called fundamentalists.  By that I do not mean those who have fundamental beliefs (we all do), but rather those who are so limited that they are convinced that all their beliefs, and only their beliefs, are correct.  People parrot opinions as though they were absolute facts.  This does not mean that there are not absolute facts, or that we cannot know them, it just means that not everything we ‘know’ is an absolute.

The more I go on the more I see that all truth is God’s truth and that I need not be afraid of any truth.   But I also know that there is only one person who is The Truth and in him, and him alone, do I trust absolutely.    His word is truth (not the distortions or perversions so easily used by some religious teachers) and I accept that – unequivocally.  From that basis – having that assurance – rather than closing my mind to truths that are not contained in the Bible – it opens it. Why should I be afraid of anything that is true?    And so we seek to understand and know.

I write, read, speak and debate in order to learn – not to impart my wisdom!  It’s a great privilege for me to have so many people who contribute to that learning.   It’s also a relief to find that the more I learn, the more I know what I don’t know and how much I have to learn!   Rather than drive me to despair – when I discover I have got something wrong – it is a reason to rejoice – because its a great way to learn.  I sometimes think I learn more from my mistakes than from anything else!  Those who are afraid of getting things wrong will never get things right.

As the good book says “Trust not in princes, nor mans son, in whom there is no stay”….but rather trust in Jesus Christ who is the Way, the Truth and the Life!

PS.  Here are a couple of examples of information that helps – after writing the article on the bushfires I was sent a lot of material.  These two were the most helpful….The first is a fascinating historical documentary about bushfire hazard reduction – https://vimeo.com/135628812

And the second was this article about Barnaby Joyce being corrected by the impressive Shane Fitzsimmons head of the NSW fire service.

I learned a great deal from both.