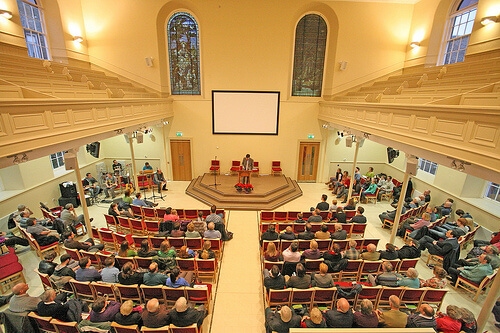 This is an article published in the Broughty Ferry Presbyterian Church Magazine.  At the beginning of a new ministry in Sydney it has been good for me to reflect on the Church that will always in some sense be my spiritual home and family.

In this article I want to share with you something about Broughty Ferry Presbyterian Church’s sister church in Dundee, St Peters. And also to reflect a little as Annabel and myself  leave St Peters and head to Australia. 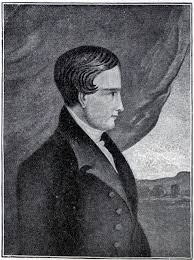 St Peters is famous as being the church of Robert Murray McCheyne (for his history and the history of the church I would suggest you read Awakening – The Life and Ministry of Robert Murray McCheyne). When we came to Dundee in 1992 it was such a depressing situation in the church.   There were a handful of people in a cold, old and falling down building. The congregation such as it was, was thoroughly disheartened.   But I had been called as minister to ‘revitalise’ in what was technically known as a redevelopment charge. This meant that I had been given five years where we did not need to worry about money, my salary would be paid and we could get on with evangelism. When Presbyterianism works badly, it works very badly – but when it works biblically then it can be wonderful.   The basic idea of Presbyterianism is that individual churches are governed by elders and deacons, but also that they co-operate meaningfully with their sister churches. I hope that St Peters, Broughty Ferry and Charleston will be able to work together more in the coming years. 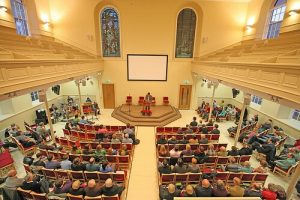 The congregation grew slowly over the years. It was 18 years before one Christian family came to us – and even then they only lasted one year. We just had to grow our own. The redevelopment occurred in four years – We grew to about 50 and became a fully sanctioned charge. Over the next ten years the congregation slowly grew to around 80 and we began a new church outreach in St Andrews. It was mainly young singles – but then we began to get marriages and eventually children. Our Sunday school was a handful in 2000 – by 2015 it had grown to 50 plus.

In 2007 I wrote The Dawkins Letters which resulted in my doing lots of outreach events and in ones and twos more people began to visit the Church.   We then started to see families and older people coming so that today we have a very diverse congregation of about 300 – with every age group represented, as well as over 20 different nationalities. Ten years ago we redid our building and we changed/expanded our form of public praise to include hymns and spiritual songs as well as psalms – and musical instruments.

Not every thing has been rosy. Indeed there have been many difficult times and situations – but it is of the Lord’s mercy that we are not consumed. I would argue that the congregation is in many ways still fragile because we are all sinners and because we live in the midst of a confused, apathetic and hostile culture.

I am also deeply conscious of how many mistakes I have made as a pastor of St Peters and of how my sin can cause so much harm. I now understand McCheyne’s great dictum; “My people’s greatest need is my own holiness”. 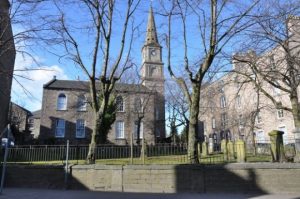 On a personal note myself and Annabel have been in St Peters for 27 years and we believe it is time for us to move on – not least because St Peters needs a new minister who will be able to manage and copy with a larger congregation than I can. I am deeply grateful to the Lord for calling us here (and I say ‘us’ because Annabel and I are a team – her support and ministry has been key to the blessing we have received).
We do so with a heavy heart – because I love this city and its people – but most of all because St Peters is a family and I am part of it. The past few months have been really hard – and I don’t expect the remaining weeks to be any easier – but what a joy it is to love so as to miss.

We will continue to pray for the Lord’s blessing on all his people in this City of Discovery. May BFPC and St Peters and Charleston (and the other biblical Christian churches in the city); know the renewing grace and power of God. We long to hear of revival in this city once again. Please pray for us in Australia and please pray that the Lord will provide a new pastor for St Peters soon….

Yours in Christ
David Robertson

A Bittersweet Day – The End of an Era