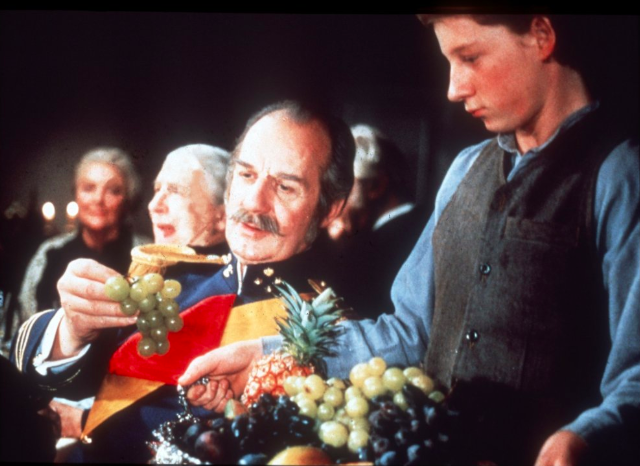 In the United Kingdom (and in some other countries – notably those that used to be part of the British Empire) the day after Christmas is known as Boxing Day.  This is probably because it was a day when tradesmen and servants were given ‘Christmas Boxes’ by those they served.  Others think it may have been called Boxing Day because it became a day of sport, notably boxing.    But it has now morphed into something else.

In the second half of the 20th Century it was really a time for the Boxing Day sales – a time to buy more stuff.  Although this has been more limited by the import of the American ‘Black Friday’ in November and the fact that sales seem to begin before Christmas.   Boxing Day is still a public holiday and a time when most people are with their families, recovering from the over indulgence of the day before.

Speaking of over indulgence – I came across this from Chrysostom in his homily on Matthew 23:15.  It is quite challenging:

“Would you see also another multitude of dead?  Let us see the lusts that arise from luxurious living, those that are cherished by the makers of sauces, by the cooks, the furnishers of feasts, the confectioners.  For I am ashamed indeed to speak of all; however, I will tell of the birds from Phasis, the soups that are mixed from various things: the moist, the dry dishes, the laws made about these things.   For as if they were ordering some city and marshalling hosts, even so these too make laws, and ordain such a thing first, and such a thing second.  Some bring in birds first roasted on the embers, filled within with fish; and others make of other materials the beginnings of these unlawful feasts; and there is much rivalry about these things, about quality, and about order, and about quantity.  They take a pride in the things, for which they ought to bury themselves in shame; some say that they have spent half the day, some all of it, some that they have added the night too.  Behold, O wretched man, the measure of your belly, and be ashamed of your unmeasured earnestness!”…

For some reason this made me think of Masterchef!  A programme that I greatly enjoy watching and yet recently I have begun to think that, whilst I don’t share the asceticism of the Early Church Fathers, they may have a point.  Certainly when I started to watch the Chefs Table, I gave up – sensing that there is something not quite right in all this over indulgence.

I don’t think there is anything wrong in enjoying fine food and good drink.  The problem is when there is excess.  When we over indulge.  Not only does that harm us physically, but it harms us spiritually.  It dulls our senses and we become those whose God is their belly (Philippians 3:19).  There is also the fact that far too often we indulge at the expense of others – we feast while they starve.

One of the most extraordinary films I have ever seen is the 1988 Danish film Babette’s Feast, which shows a village of simple, austere, poor Danish Lutherans being served up a French feast by Babette who spends all her money on providing this one luxury for them.  To my mind it is a beautiful picture of the Gospel.

Good food, gluttony, enjoying all things which God richly gives us,  drunkenness, over indulgence, the poor and hospitality.  The bible does have a great deal to say about these issues – and we would all do well to reflect on them this Boxing Day and as we head into a new year.  May we enjoy what God has given, but may we never turn the gifts into gods.  May we know joy and self-discipline in equal measure!

Ecclesiastes 3:9-11- There’s a reason why we’re born with a sense of eternity