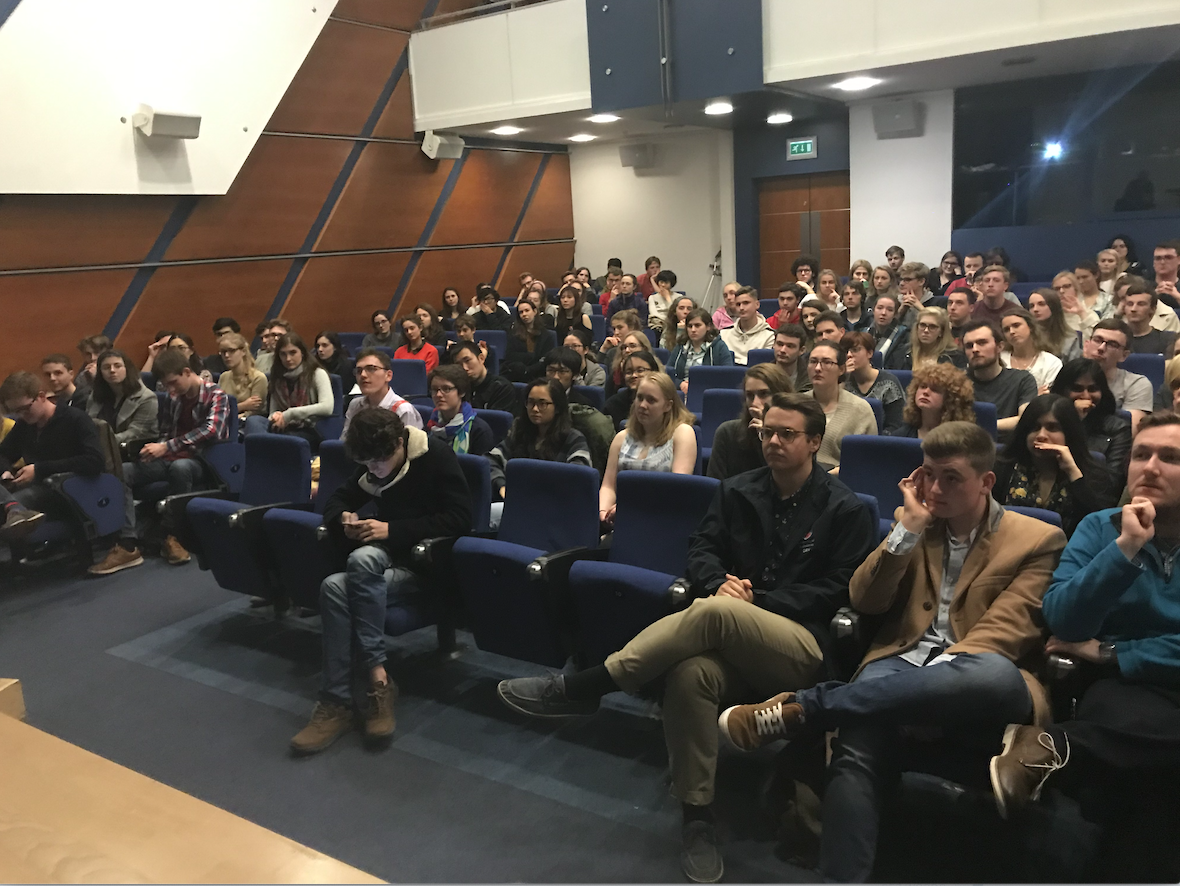 Last night I had the privilege of speaking at this debate in St Andrews – I believe it was the first of this kind that the CU have organised.  I loved it.  The place was relatively full, the chairman was excellent and my opponent, Dr Manfredi La Manna, reader of Economics at University of St Andrews, was pleasant, affable and spoke well.

However I found his arguments quite astonishing.  He wanted to go further than Christianity being a delusion – he wanted to call it the greatest fraud.   He argued that there were seven conditions that were required for religion to be real and prosper..

As you can imagine these were all a gift!  I enjoyed responding to them after giving my own initial presentation. I wonder how you would have responded…?  Here is a brief summary.

There was of course much more than that.  I thought the questions were excellent and in some cases very difficult (the usual ones on feminism, homosexuality and science).   I loved being faced with these challenges and thought that the participation of the students was excellent.

Some arguments from Dr La Manna stuck out.  He claimed that he would not believe something unless it was 99.99999% certain – which I pointed out meant that his own discipline, (economics), was redundant!

He also encouraged students to get an online bible and google it for words and quotes.  I suggested that St Andrews students as intelligent human beings would be far better of actually reading books rather than just googling for quotes!

He tried to use mockery putting up a couple of bible verses as if they were self-evidently ridiculous.   Its hard to deal with those in a short space of time – but it can be done! (although I am not sure I did it well).

He also claimed that the Bible was written by seven year olds – although he apologised for that to me afterwards – not least because if did not help his case!

The final lesson for me was the amount of harm that liberal theologians do.  I think Dr La Manna struggled a bit because he was surprised to find that I actually believed the bible.  He suggested that ‘scholars’ thought otherwise – but did not cite any (although there are plenty).

Overall I loved the evening and thought it was very useful in terms of the Gospel.  Several students spoke to me afterwards and asked about bible study, or Magnificent Obsession or asking more questions.  Years after the event the Matt Dilahunty debates continue to produce fruit – one student told me that he had been an atheist but partly because of those debates (which he had listened to six times!) was now an agnostic….

Part 2 of Debate with Matt Dillahunty on Premier