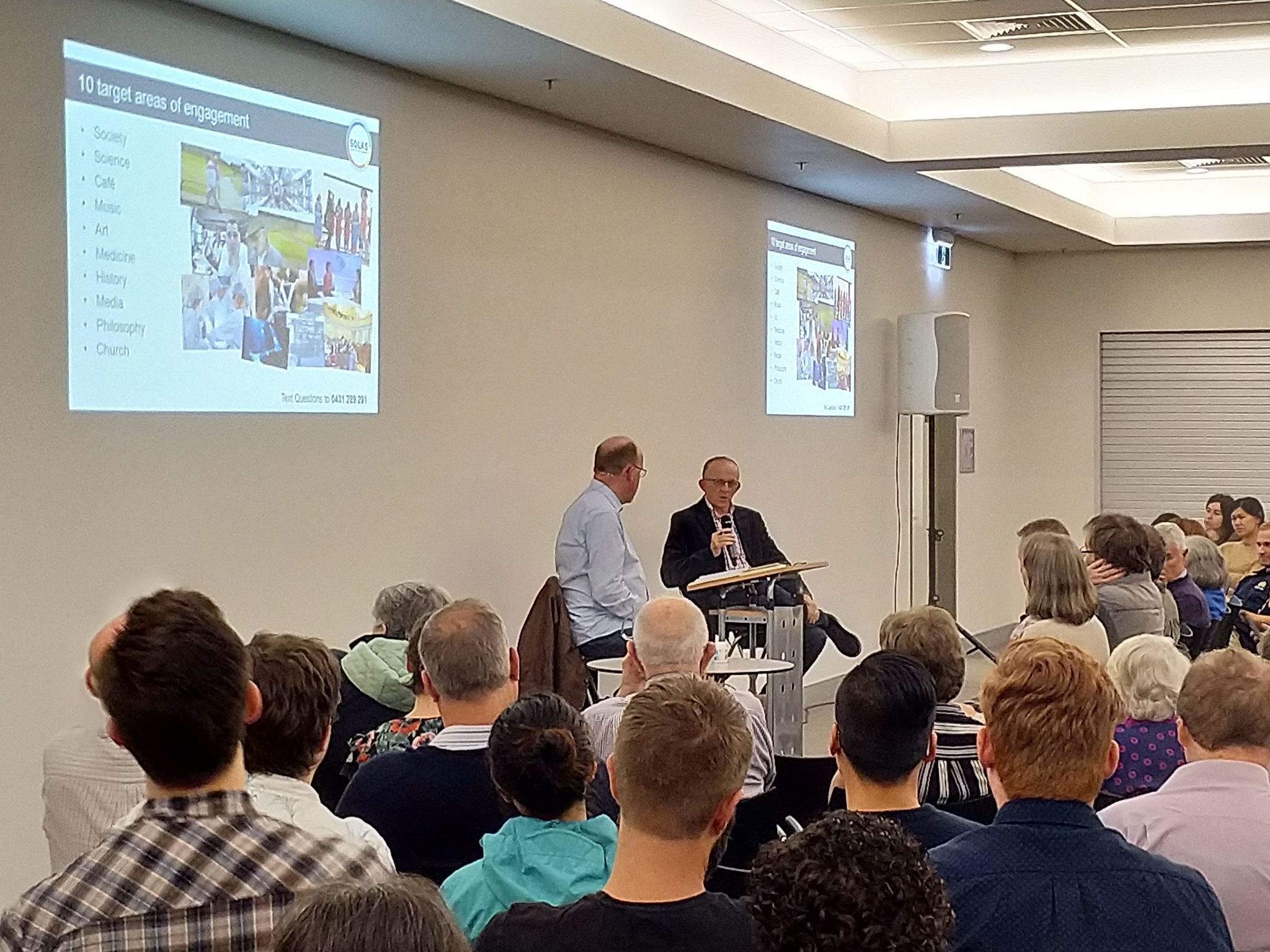 The Matt Dillahunty debates on Premier Unbelievable continue to reverberate.  For some reason those two debates (see links below) seem to have really touched a nerve. For example a couple of weeks ago another angry atheist posted a blog explaining in great detail why I ‘lost’ the debate.  I havn’t read it – mainly because life is too short – and I don’t really care.   I know what happened.  Matt came on, as he always does, with his smug, superior ‘I’m gonna hammer the dumb hick Christians and get the applause of my fans’.  I was utterly astounded at how empty, full of bluster and irrational his arguments were.  So I didn’t let him away with it and ever since I get backlash of two kinds.  The angry atheists who for some reason desperately want to believe their champion won.  And the nice Christians who think that I was far too hard on Matt and should have been nicer.  As I say to people – I’m quite happy for you to listen to the debates and make up your own mind.  I have no intention of writing and defending myself.  I want to talk about Christ – not my debating style!

Meanwhile the Lord continues to bless that recording.  Recently I heard from an atheist who is seeking Christ because of that debate.  And last week – just before standing up to speak at Menai Anglican – I received this e-mail from Ben – which I share (with his permission). Its a great reminder of two great biblical truths that every evangelist should keep in mind –  “so is my word that goes out from my mouth: It will not return to me empty, but will accomplish what I desire and achieve the purpose for which I sent it” (Isaiah 55:11). and ‘ cast your bread on waters, after many years it will return to you”  (Ecclesiastes 11:1).

The meeting at Ann Street Presbyterian in Brisbane

I attended the event you spoke at last Thursday night at Ann Street Presbyterian Church. I enjoyed hearing you speak in person and I was encouraged to continue in prayerfully proclaiming the gospel.
After hearing you speak in person, I felt led to share something with you to encourage you. About four years ago (I think it was around April 2014) I listened to the radio shows you did on Unbelievable with Matt Dillahunty about why you’re not an atheist and why Matt’s not a Christian.
My encouragement to you is that God used you in a huge way to bring me back to himself. At that point in time I’d been going through a severe crisis of faith for four years. It started during my final year at Bible college (QTC – Bruce Winter was the principal then, before Gary Millar) in 2010. For the next four years I was practically a deist, though I never got to the point where I could say that I wasn’t a Christian anymore (God was holding on to me and wouldn’t let me go, even though I was trying very hard to let go of him).
When I listened to your debates with Matt Dillahunty, God used the words you spoke to really speak to me. From memory, in particular the moral argument for God’s existence. God also used Matt to speak to me. When Matt was talking about how people shouldn’t be agnostics, they should just make up their minds, God used that to convict me. I had to stop sitting on the fence in terms of living like a deist but not willing to reject the true God completely. I felt like I needed to decide. And then hearing your arguments, well God really used that.
And by God’s grace I’ve been walking with him ever since. And I’m now the pastor of a Presbyterian church in Brisbane.
I know that ministry can be tough and I appreciated your honesty about how you find it hard when you’re attacked etc. So I really wanted to share this with you to encourage you brother. And it’s bringing tears to my eyes as I’m typing this. God is using you. So keep on going. Keep proclaiming the gospel. Keep “enduring everything for the sake of the elect, that they too may obtain the salvation that is in Christ Jesus, with eternal glory” (2 Tim 2.10). And “therefore, my dear brother, stand firm. Let nothing move you. Always give yourself fully to the work of the Lord, because you know that your labor in the Lord is not in vain” (1 Cor 15.58).
God bless,

Part 2 of Debate with Matt Dillahunty on Premier

Unbelievable – The Matt Dillahunty Showdown – or Why am I such a smug, dishonest, stupid, ignorant prat?!