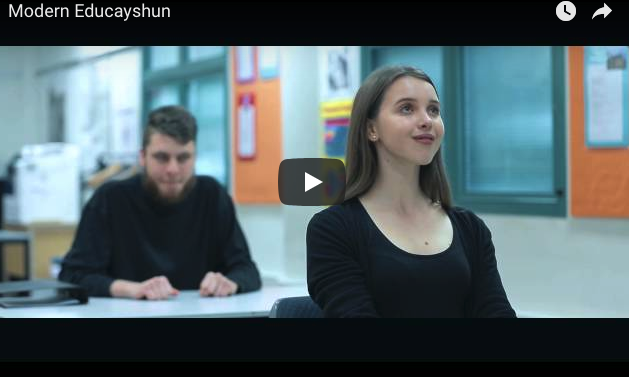 A number of times I have used the phrase ‘cultural Marxism’.  After my piece on why we should not celebrate the birth of Karl Marx went viral I was asked what this phrase means?   It is actually very important and helps explain some quite extraordinary goings on in British (and indeed American and European politics).

This week a poll revealed that for the first time in a long time the Tories have a lead amongst working class voters, while Labour have considerable support amongst the prosperous professional middle class.  This latter is explained by what I pointed out in the Marx article – that he has become the go to prophet of the liberal Middle classes.  These same groups tend to be fanatically pro-EU (. I made the mistake this week of commenting on a pro-EU article and was swamped with furious liberals ranting pro-EU memes – although I am thankful that a couple actually had a sensible conversation, the scary thing is how these ‘educated’ (as they informed me) people were so emotive, irrational and full of contempt for those who didn’t follow their political view.  Except of course for many it is not a political view – it is an idol.  It is a religious view which must be followed with absolute devotion (incidentally that can go for other political points of view as well – including nationalism, pro and anti Trump and pro-Brexit etc – my concern here is not with the issue per se, but with the fanatical devotion to it).

Likewise with the devotion to cultural Marxism.  In today’s world the minute you mention something that acts as a ‘trigger’ you get the immediate response from those who don’t like it and refuse to think about it.   So as soon as the phrase ‘cultural Marxism’ is mentioned – we are immediately told ‘it doesn’t exist and if you believe it does you are ‘alt-right’.  And thus with simple bit of name calling your opinion and thoughts are completely dismissed and those who are cultural Marxists can stay safely ensconced in their safe space, assured that they, and they alone, have The Truth.

What is cultural Marxism?

The key to understanding it is to grasp that it has nothing to do with economics and the inequality between rich and poor.  Indeed whilst the middle class academics/journalists/politicians who espouse cultural Marxism speak often of their concern for ‘the poor’, the one thing they do not want to do is upset the established economic order, which creates or feeds off the poor in the first place.  No – our new Marxists have a whole new vocabulary, which we all have to learn.   They are not concerned about an economically unequal society based on corporate capitalism – they are concerned about a racist, sexist, misogynist and hetero-normative society.

(Trigger warning – I am about to mention a politician who immediately draws contemptuous mocking cries.  But I am of the old-fashioned school – I will cite people who I think have something interesting to say – whether I agree with them on other issues or not – I just don’t do that identity politics!).    Anyway Michael Gove is quoted in today’s Australian (finally I have found a paper in Australia that takes more than five minutes to read!) in words that are worth repeating:

“sympathetic academics have revised Marxism as primarily a cultural rather than an economic movement.  In place of anger at traditional capitalism, scorn was directed at the reigning values of the West…..the broader left moved its arena of struggle increasingly away from economic arguments and towards cultural ones.”   The revolution is no longer about manning the barricades, or defending the poor.  It is about infiltrating key institutions and winning the battle of ideas.

As a result we have ended up with identity politics, victim groups, virtue signalling, trigger warnings and political correctness being used to enforce this ‘progressive’ ideology and destroy as much as possible of the Judaeo Christian foundations of Western society.

The lack of knowledge of history (which is being re-written to suit this new ideology), combined with a move away from rationality, logic, truth, science and civic discourse is resulting in a climate where liberal elites govern through money, media and mob rule.   This is seen in the latest progressive campaign – the desire to rewrite what humanity is as male and female and turn us into an effectively genderless humanity.   One of the founders of the Safe Schools programme (what an oxymoronic Orwellian title – the last thing schools will be for our children with this programme is safe!),  Roz Ward is a great example of this cultural Marxism.  She declared; “only Marxism provides the theory and practice of genuine human liberation” and she admitted “Safe Schools Coalition is about supporting gender and sexual diversity, not about stopping bullying”.

This ‘Marxism in suits’ results in an attack upon education – where equality of outcome is way more important than equality of opportunity.   Watch this brilliant parody of modern ‘educayshun’ from Australia!

Kevin Donnelly (author of How Political Correctness Is Destroying Australia) writes in the Australian – Students are no longer to look at classics such as Shakespeare , or the great art and musical classics because they disguise the power relationships involved in the new trinity of “gender, ethnicity and class”.  Instead teachers and lecturers must feed the new group think to their pupils.  This works out in lots of ways….I saw Michael Russell, the Scottish Government’s EU minister rejoicing that 96% of Irish students were now pro- EU!  It doesn’t seem to strike him that it is only dictators or cults who get 96% results!  But that is what we are doing in our Universities, who belying their name, now largely (especially in arts and sociological subjects)  teach only one point of view.

If you want an example of how bad this is becoming have a look at this article from Teen Vogue which mentions Marx as ‘the anti-Capitalist scholar’ and an antidote to Donald Trump, yet manages to say nothing about the 100 million deaths that resulted from his teaching.  Imagine the fuss if Vogue did a similar feature on Hitler without mentioning the Holocaust!  This is how bad the unthinking group think has become.

These are Donnelly’s apt remarks as to where this cultural Marxism is leading us:

” The attack on liberal education is also illustrated by the argument that a curriculum drawing on Western civilisation is guilty of promoting ‘whiteness – described as leading to ‘different forms of domination and marginalisation – such as racism, sexism, classism, historical injustice and prejudice based on religion’.  The irony of course, like Lenin’s useful idiots, is that those in education deconstructing and undermining Western civilisation are destroying the very institutions, beliefs and values that guarantee their freedom to mount a critique in the first place”

As I walk to work in Moore College I walk through Newtown and the Sydney University Campus.  When I come out of Redfern station and walk with hundreds of students – I cannot help but think that they are like lambs going to the slaughter – being placed in a situation where they are discouraged from thinking,  and encouraged to make sure they have all the ‘right’  cultural (Marxist) attitudes so that they can be ‘useful’ members of society.

I contrast that with what I experienced last Friday night at St Thomas’s Anglican church – where around 100 young people gathered for a Q and A discussion session that went on for two hours.  Not only that but some of the year 12 girls were so enthusiastic they had

brought some of their classmates along, who were not Christians, and we spent an extra 45 minutes beforehand – where they asked all kinds of fascinating and brilliant questions.    How ironic that the Church, which is according to atheists supposed to be the centre of indoctrination that needs taken out, is a safe space where people can ask and discuss the most important subjects and be permitted to have a wide variety of views; whereas the university and much of the education system has become a centre of indoctrination in cultural Marxism, where no deviation from the group think or The Party line is allowed!

There are some encouraging signs of a backlash against this cultural Marxism – but I question whether any of our politicians, academics or media have the courage and ability to take on what is a rather vicious and intolerant ideology.  We shall see.  Personally I think without a renewal of Christianity in the West it is not just the Strange Death of Europe we will see.  It will be the end of Western civilisation – destroyed from within.