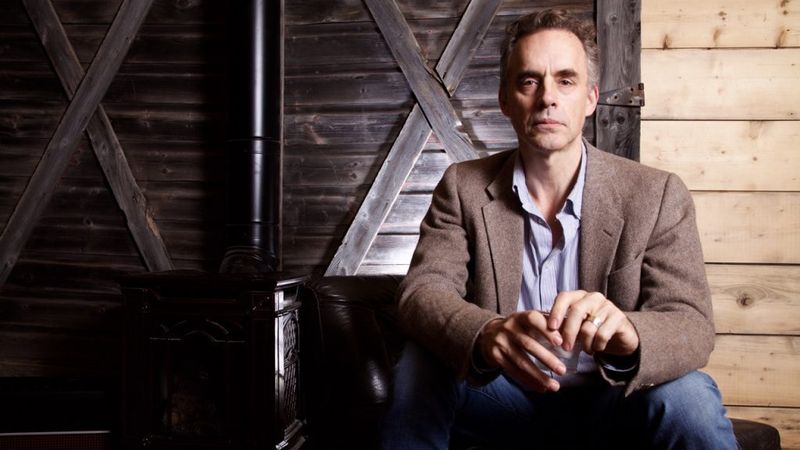 I’m not a big fan of self-help books. But in that I appear to be in a minority because they remain phenomenally popular, especially in airport bookshops. The latest in the genre comes from an unlikely source – a Canadian professor from the University of Toronto, clinical psychologist Dr Jordan Peterson.

Dr Peterson has gathered quite a following through his psychological analysis of narratives and myths – especially of the Bible. His lectures, which have received over 35 million views on YouTube, demonstrate a superb mind being able to communicate the most difficult ideas in a captivating and inspirational way.

Last week he was in the UK being interviewed on numerous media and giving sell-out lectures to enraptured audiences. As Douglas Murrayasked in The Spectator: ‘Why are young Brits flocking to hear a psychology professor talk about morality?’

Jordan Peterson is not the devil. The cultural elites of the West regard him as though he were the anti-Christ. He is accused of being an alt-right, transphobic, racist, misogynistic Nazi apologist. The sad thing is that just making the accusation seems sufficient for some to regard it as true. But those of us who have actually read his work and viewed his lectures know that is it not true. His life seems to have been driven by a passion to understand and oppose extremist ideologies, whether of right or left. The fact that some on the alt-right speak of him approvingly, no more makes him a Nazi than Hitler approving of motorways makes road engineers Nazi sympathisers.

His interview with Cathy Newman of Channel 4 has become an online smash. It was an absolute train wreck (for her) and gives a fascinating insight, not only into Jordan Peterson but also into how too much of our media works today. Newman from the beginning sought to ridicule his position, portray him as alt-right and clearly struggled to listen and grasp what he was saying. Peterson on the other hand, calmly answered the accusations and even turned them on their head. It is a stunning interview. Kudos to Channel 4 for broadcasting a 29-minute interview that showed their star presenter in such a bad light.

However what was even more interesting was the reaction afterwards. The Channel 4 news team clearly had a contemptuous view of Peterson with its head of communications, Hayley Barlow, tweeting mockingly of him as ‘lobster guy’. When their mockery backfired they tried a different tactic. Given the popularity of the interview (already viewed millions of times) it was inevitable in today’s social media world that there were going to be abusive tweets. (I have a small Twitter following and yet I regularly get abuse and threats, so someone with Newman’s and Peterson’s followings will get even more.) When the inevitable happened Channel 4 tried to capitalise on it by putting out a press release stating that they had to call in a ‘security specialist’ – and the gratifying headlines followed. Of course as Peterson himself said, it is wrong to abuse or mock anyone online. But if there were serious threats, that is a criminal offence which should involve the police, not ‘security specialists’.

We know where this is going. The narrative will change from Newman being a bully trying and failing to intimidate her interviewee, to being a victim and heroine for standing up to the patriarchy. The notion that a private school educated, Oxford graduate with a millionaire’s salary should be presenting herself as an oppressed victim tells us a great deal about where the illogicality of identity politics has taken us.

Peterson’s12 Rules for Life is already a bestseller and deservedly so. Having spent the weekend reading it I found it challenging, stimulating and frustrating. It is a wonderful mix of psychology, theology, history, narrative and social philosophy from someone who is clearly influenced by Nietzsche, Dostoevsky, Freud, Jung and above all, the Bible. Unlike most self-help books it deals with sin, suffering, morality, humanity and good and evil, with a depth that I did not expect. He deals with the gender confusion debate with great clarity and insight. The chapters on parenting, telling the truth, being precise in speech and why we shouldn’t bother children when they are skateboarding, are superb. This is real. Authentic. And biblical. So is Peterson the great hope for Christians today?  For a full review of the book click here – 12 Rules for Life – A Christian Perspective

‘I knew that the cross was simultaneously, the point of greatest suffering, the point of death and transformation, and the symbolic centre of the world’

Peterson is a superb communicator who speaks about sin, hope, and the Bible and espouses what many would regard as common sense Christian values. The left-behinds and the frustrated seem particularly drawn to his message of hope and healing. Some secularists think he is a Christian preacher who is seeking to smuggle in Christianity through the back door. But when asked in an interview in The National Post, ‘Are you a Christian? Do you believe in God?’ he responded, ‘I think the proper response to that is No, but I’m afraid he might exist.’ He is not a Christian but that does not mean that the Lord cannot use him to speak his truth into our culture.

Jordan Peterson is a sincere, intelligent, compassionate, human being who in his search for the truth sometimes gets closer than many professing Christians. Anyone who can write: ‘I knew that the cross was simultaneously, the point of greatest suffering, the point of death and transformation, and the symbolic centre of the world’ is not far from the Kingdom. But he is not the Messiah. He is not even a follower of the Messiah. He just needs the Messiah.

This article was first published on Christian Today – here