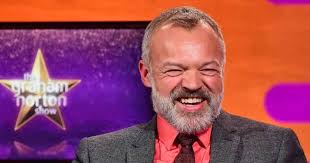 I am reading a tremendous book just now entitled The Great Deception by Booker and North. A full review will follow – but I was taken by these two quotes that seem very apposite to our current situation:

“Some for example, the Dutch prime minister, Mr. Andries Van Agt, were reasonable, but most were not. I had the strong feeling that they had decided to test whether I was able and willing to stand up to them. It was quite shameless: they were determined to keep as much of our money as they could” (Margaret Thatcher)

“But Thatcher was finding that ‘give and take’, in European terms, meant, ‘you give, we take’”

Two thoughts. Plus ca change plus c’est la meme chose (the more things change the more they are the same!).   And Mrs May is no Mrs Thatcher!

There is a great deal of propaganda, fear mongering and ‘fake news’ as regards Brexit. One ‘fact’ I am constantly cited is that the NHS is collapsing because EU staff are leaving. It turns out that that is not true as this article points out.

Finally on this one man always worth listening to is Yanis Varoufakis – he should be negotiating for Britain – he understands the duplicity and authoritarianism of the EU….this is a fascinating interview –

Graham Norton is an excellent presenter; witty, intelligent and engaging. He somehow manages to get the biggest stars as guests.   Last weekend was no exception – he had Robbie Williams, Elton John, Stephen Fry and Pink. What struck me about the whole show was just how all the cultural elites know each other and share all the same values – and also how empty and vacuous their lives sound. It may have just been me but I found the whole show a depressing reflection of the values and emptiness of contemporary Western culture.

Had an excellent speech to Theos….if only he had spoken like this when he was leader of the Liberal party! It really was outstanding…here is one example of his analysis –

Christianity tells you that everything and everyone you have in your life is a temporary gift from God and that we should worship the giver, not the things that have been given.

For some reason in the late 1970’s when our culture was rapidly heading down the road towards making paedophilia acceptable, it suddenly became the great sin. I have suggested for a few years that after SSM, it would be Transgender and then the removal of gender altogether (this is all classic Queer Theory) and that this would then be followed by polyamory, polygamy, incest and then paedophilia. People think the latter especially is unlikely. I don’t agree. The way it will happen is for paedophilia first of all to be defined as an illness and a sexuality. Then in popular culture we will gradually get ‘Lolita’ stories seeking to make a sympathetic ‘non-judgemental’ case. By then there will be so many people who through the internet, and the sexual philosophy that you should do whatever you want, are prepared and ready to accept a mild form.  This Telegraph article shows us where we are going.

“But perhaps the most controversial presentation of all was by Philip Tromovitch, a professor at Doshisha University in Japan, who stated in a presentation on the “prevalence of paedophilia” that the “majority of men are probably paedophiles and hebephiles” and that “paedophilic interest is normal and natural in human males”.

If we can identify as whatever we want – why can’t we identify as animals? It is the inevitable logic.

“It feels like you can be gay, straight, bisexual, trans and be accepted,” he says. “All I want is for the pup community to be accepted in the same way. We’re not trying to cause grief to the public, or cause grief to relationships. We’re just the same as any other person on the high street.”

The Men who Live as Dogs – The Guardian

There is more and more evidence that schools in particular are being used more for social and political engineering, rather than education. Peter Hitchens tells the horrific story of 11 year old children being met as school with a questionnaire about their attitudes towards immigration – They are asked to agree or disagree with such statements as ‘I like to be around people from other countries’ and ‘meeting students from other countries is interesting’. They are also invited to say how much they agree or disagree with the statement ‘immigration is bad for the country’.

They are asked if they have close friends from different countries, and how they would speak to a person whose first language isn’t English. And they are asked if immigrants should have the same rights as everyone else, whether they should be encouraged to speak the language of this country or encouraged to continue in their own traditions.

Here is another example of this social engineering in the US.

We think that Google, Facebook and Twitter are open to all without censorship and that in general it is a good thing. But then it is a bad thing because it allows all kinds of abuse, racism, extremists etc. So what should happen? Google who own YouTube have just announced they are going to employ 10,000 people to act as censors against ‘extremist’ material. Does that sound good? Take a look at this.

Leave aside whether you agree with the material posted or not, or whether you like or know the group that posted it, or even whether what was posted was true. Should material that we don’t like be banned? Herein lies the problem – every time I try to espouse Christian values on secular media there are a flurry of complaints complaining that I am an extremist and should be banned. We should not just be worried about the State imposing censorship but also the monopolistic media corporations who in general tend to be authoritarian ‘liberals’ and who would take delight in using their power to ban every view which does not fit their ‘values’.

Article of the week –

Kevin McKenna is in great form this week. The whole of this article is worth reading it.

“In modern and progressive Scotland, very few months are allowed to pass before something beastly and disreputable catches the eye of the political elite and thus must quickly be eradicated. With each new piece of hastily drafted legislation, the cultural arbiters who make up this social junta convince themselves that they have made this country just a little bit more enlightened.”

Finally the Transmania in society continues and also in the church. I wrote an article for Christian Today who then published a response by a Trans ‘Christian’. I found it horrible to be attacked in such a way. I wrote a response that I did not expect CT to publish, but to their credit, they did and it (like the earlier one) has become one of their most read articles. You can get both here.  What Should the Church do About Transgender? A response to a response..