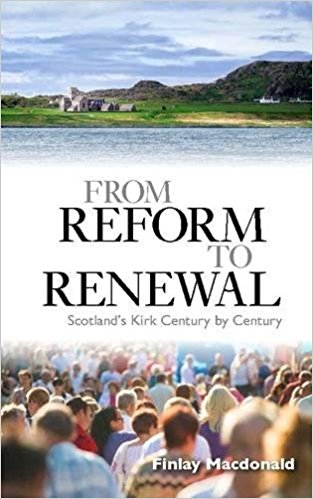 Each Saturday I hope to publish a ‘review’ page – looking at films, books and TV shows that I’ve read or seen. Anything that needs a more in depth analysis will get individual reviews. The purpose of these is to provide recommendations or as I always do, look at what these windows to our culture, tell us about ourselves.

Murder on the Orient Express (2/5)

Last week we went to see this film at our usual haunt, the DCA. This is a film that’s full of stars – Kenneth Branagh, Penélope Cruz, Johnny Depp, Josh Gad, Michelle Pfeiffer, Adam Garcia, Judi Dench, Willem Dafoe, Olivia Colman, Tom Bateman – which is well filmed with some spectacular scenery.   And yet despite the fact that I also love Agatha Christie and all the plus marks – this is ultimately a disappointing film. Branagh, who directs himself as Poirot, is not suited for the role. I found the whole thing a bit shallow, over crowded and lacking any real finesse. I wouldn’t go back and I wouldn’t buy the DVD. But if you don’t know the story it’s a pleasant enough evening out. If you do, I wouldn’t bother – as the surprise ending is what makes it worthwhile.

I don’t even know where to being with this one. The Vietnam War is part of my life story. As a child/teenager I was fascinated by it – to be honest appalled at what I saw going on and in my naivety thinking that the communists were the good guys. This ten part series is the BBC at its best….not since The World at War has there been such a brilliant, in depth and balanced war documentary series. If you can’t get this on the BBC I player then wait until the DVD comes out and purchase it. It is a story brilliantly told, from different sides and includes the political and social reactions to the war, as well as the military. It is profoundly depressing and yet in the midst of all the ugliness, there are moments of great beauty.   One thing I learnt was just how evil and wicked RIchard Nixon was.  His political ambitions were responsible for many hundreds of thousands of deaths.

This is a book with a very limited audience – ‘elders, church members and the general reader’ – the latter being a general reader who is interested in church history in Scotland but especially the history of the Church of Scotland. That includes yours truly. Finlay Macdonald writes well and the first few chapters are a good, if basic summary of Scottish Church history.   From the 16th Century each century is given a chapter.   The best is the first, which is excellent. From that high it degenerates century by century until the modern period.

16th Century – We are told that elders could call the minister to account if they deemed him deserving of ‘admonition’ for being ‘licht in conversatioun, negligent in studie and preaching ‘not frutefull doctrine’! (P34).

17th Century – Finlay seems to regard the Covenanters as a kind of 17th Century Calvinist Taliban – he calls them ‘Ultra Presbyterians’. He thinks that the doctrine of predestination derives from Augustine – perhaps Paul and Christ might have something to say about that?!

“I set the crown on the kings head. He hastens me to a better Crown, than his own” – Argyll’s memorial reflecting on his upcoming execution at the hands of King Charles.

MacDonald’s’ own prejudices shine through – not least when he suggests that subscription to the Westminster Confession set the Confession up as a higher standard than the Scriptures. Given that the WCF has the highest doctrine of Scripture this is highly unlikely.

19th Century – it is interesting that the brief history of Chalmers doesn’t’ mention his conversion as a minister.

20th Century – There is a significant amount of time spent discussing the current debate on sexuality.   One interesting piece of information that I did not know was that when Presbyteries were asked if they were open to a minister ‘in a same sex relationship’ only seven said yes. But when the words were changed to refer to ‘a minister in a civil partnership’, 24 Presbyteries were in favour, with 20 opposed.   This whole chapter is very weak and like the book it just peters out. Perhaps that is a metaphor for the whole denomination.

MacDonald speaks of how the Kirk cannot remain unaffected by changing social attitudes to religion, homophobia and ‘various brands of mediaeval fundamentalism wrecking terror on people’. One wonders why he doesn’t name the elephant in the room?

But saddest of all is the last sentence: “We cannot tell how the story will continue into the future, but continue it surely will, so long as the Kirk remains committed to a continuing and positive process of reform and renewal” (P.214).

This is a prescription for continuing to administer the poison that is killing the Church of Scotland.   This book was written to reassure the members and elders that the Kirk will continue. In reality it shows just how far the Kirk has gone from its roots and foundations. Without repentance and a return to those roots the Kirk is finished. Yes – it has the legacy from the past in material terms to maintain its decline for decades, but unless it recovers the spiritual legacy, there is no chance of reform and renewal.