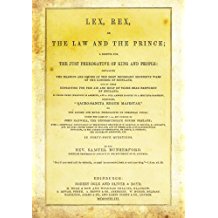 You can now listen to the segment concerned here….

Yesterday I had a fascinating and revelatory experience on Talk Radio – I was asked on to discuss the Scottish governments proposal to ban smacking with John Finnie, the Green

MSP, the proposer of the bill.   What I didn’t realize was that it was a bit of a set up, with the presenter being John Nicholson, the former SNP MP and rising star who was ousted at the last General Election. Given that there is no real difference between the Greens and the new SNP I was not too surprised to find myself being a little bit ambushed However it was an astounding discussion because of what it revealed about the world of the political progressives (of whatever party) who are seeking to make this Brave New World.

On the issue of smacking itself, I am not too bothered. It’s already illegal to hit a child with an implement, or around the head, or to cause bruising. The proposed new law is unenforceable and would make little difference. It would not protect one child at risk from abuse and indeed runs the risk of harming some children by criminalizing their parents.   So what is the purpose of the law?

I have to admit I got this one wrong.   I had assumed it was such more virtue signaling by the SNP – who were, until six months ago, against the idea of criminalizing parents who gave their child a tap on the hand. Of course they are now dependent on the Greens and this is one political thing they can give them without it costing them anything.     There is a degree to which the virtue signaling charge is true. Already this morning I note that SNP Government minister, Mike Russell, has retweeted a tweet that congratulated the SNP amongst other things for banning smacking.   (Such is the contempt for democracy in today’s Scotland that such niceties as consultations and actual votes in parliament can just be assumed, once the Secretariat of the SNP has spoken!).   The thought seems to be – Won’t it be wonderful – we will be like those wonderful Scandinavian nations who have banned smacking (along with 50 nations) and not of course like the backward 150 other nations.

It wouldn’t be the first time that politicians have engaged in virtue signaling – think of Mrs. May telling Pinknews that the Tories were no longer the Nasty Party because they now wanted to let people change their gender without involving things like medicine, professionals and biology. But in this case I have to admit I was wrong.   This is not primarily about virtue signaling. It is far worse than that. The two Johns let the cat out of the bag.

Using the Law to Change the Way People Think

This proposed bill is about seeking to change the way that people think by using the law.

John Finnie said as much. It’s not about criminalizing parents. He didn’t want to involve the police or social workers. He just simply wanted to send a signal and give a clear indication of a change in society.  That sent an absolute chill down my spine. Why? It seems harmless and fair enough.

No it’s not. Forget the issue of the proposed change to the law in smacking. In and of itself it is relatively insignificant.   The real issue here is the way that our progressive politicians see the law. The normal understanding of the law is that it is used to deal with criminals and those who break it.   Law is designed to restrain and above all to protect.

Politicians should not seek to make laws in order to influence opinion or change it. They should make laws that are fair and just and if they wish to influence opinion they should make rational and evidence based arguments for it.   But our progressives think that they can change human thinking, culture and hearts simply by making laws. It’s the Sim City god syndrome.   Except instead of it being a relatively innocuous computer game, this is politicians playing games with real people’s lives and acting as if they were God.

They pay lip service to democracy but their ideal state is a Chinese kind of authoritarian capitalism, where the governing classes rule as God for everyone. On this discussion John Nicholson seemed to be suggesting that even if 75% of parents disagreed with the proposed ban, it wouldn’t matter because the law could be used to change people’s minds. Make it the State doctrine and the enforcers (educators, police and state approved media/arts groups) will soon kick in and re-educate the ignorant masses.

A politician or authoritarian political party (as most of them are now becoming) decides that they don’t like a particular attitude or way of thinking. How will they change it? Make a law. To send a signal. And what if the signal doesn’t work? Well, enforce the law, because it is after all the law.   It is an incredibly dangerous and arrogant way for a parliament to behave. It’s an Orwellian concept of society which undermines democracy, rationality, free speech and freedom of thought.    But there is more.

John Nicholson tried that sneering mocking tone which is the modus operandi of the metro-elites who just know that they are above their opponents. ‘They said there would be chaos in the classroom once corporal punishment was banned..and there wasn’t”. When I pointed out that there was actually  a degree of chaos in the classroom – in that in many areas and schools there has been a break down in discipline (although I would not attribute that to the lack of corporal punishment,  to which I am strongly opposed – a fact that seemed to throw them in their stereotypical views) – Mr. Nicholson cited as evidence for his assertion the times when he as an MP went round the schools of his constituency and did not see any signs of indiscipline and chaos.

That is an astonishing statement. Firstly as an MP he is hardly going to be introduced to the unruly classes and pupils. Secondly he was an MP for one of the richest and most middle class constituencies in the country. To extrapolate from his official visits as an MP in one of the richest areas of the country to pontificate about the state of discipline in the whole country is breathtaking arrogance. The number one reason for teachers leaving the job is the lack of discipline. I know of several who have given up in despair. But no, our metro-elites hide behind their charts, tables, strategies, sound bites and wishful thinking and tell us, because their policies are enlightened and progressive then we MUST be progressing….and anyone who says otherwise is a traitor or just doesn’t have the intelligence to see the wonderful emperors new clothes.

This lack of reality was seen in another astounding statement.   When it was argued that children should grow up ‘”free from ANY indication of violence”, I pointed out that this was impossible. Were they going to ban computer games, videos, smart phones?   No, no, no…they said…because no parent would let their child watch such videos or play such games. I was left astounded by that.   What planet were these men living on? In the world I live in (Dundee) it was found last year that over 40% of ten-year old boys had accessed hard-core, sadistic and violent pornography on their phones.  It is the Disneysque view of politics…tell people to be nice and they will!

The fantasy and the irrationality was seen further in their sound bites that ‘there should be equal protection for children’, and “children should be treated like adults’. Both those statements are self-evidently wrong.

Firstly children should receive GREATER protection, not equal. They are the most vulnerable in society and it is the job of the law and of government to protect especially the vulnerable. The trouble is when you have law made to send signals and advocate the views of those who have power, then it takes away from that protection.

Secondly because children need greater protection, they should not be treated like adults. We should not assume they have adult capacity, nor should they receive adult punishments (sending a five-year old to jail for example would be ludicrous).  The trouble with too much of today’s society is that far too often we treat children like adults and adults like children.

All those who value freedom, justice, equality and diversity will be appalled at the

direction that our progressive politicians are heading. Lex Rex (the law is king) wrote Samuel Rutherford in order to challenge the king who had argued for Rex Lex – the king is the law. Now we have a new version of this. The State (as in the government  and the officials and media it controls) is the law. And we had all better obey.

The concept of law and principles of justice are being swept away in this new ‘progressive’ wave.   I see this is most political parties but sadly most of all in the SNP. It’s a party that despite having many fine people and politicians, seems to have been taken over by this new ‘progressive’ fantasy movement.   We now have an Independence party that believes in dependence. Ordinary working class people must be dependent on the State, and the Scottish State must be dependent on the EU.

Larry Seidentop in his marvellous book “Inventing the Individual: The Origins of Western Liberalism”  argues that it was through Christianity the concept of the modernfreethinking rational individual arose. It appears as though our progressives are seeking to revert to a world in which the individual is disinvented, and just becomes and tool and subject of the all-powerful state. It may just be that losing our religion doesn’t mean just losing our belief in God…it may also mean that we lose our belief in our society and ourselves.  Martin Luther King, inspired by his Christianity had a dream.  What Finnie and Nicholson have  is a nightmare!

What we have in Scotland — and which we might soon have across the UK, if campaigners get their way — is the imposition of parenting diktats, the use of legal pressure to force every parent in the land to raise their kids in a way that the cultural elite approves of. It is an attack on parental sovereignty and familial privacy. It will make parents feel ashamed and it might even criminalise them. It will pit kids against their mothers. ‘I’m telling the police on you’, they’ll say. And it will further throw open the family home and the family itself to the prying eyes of the police and bureaucrats. It is a disaster.

And then Kevin McKenna in The Herald

“Perhaps the SNP will issue the number for a helpline where anonymously you can report the next-door neighbours for smacking their poor children. The SNP seems bent on turning Scotland into a fantasy state; a holiday island for middle-class dilettantes where they can indulge their cultural fads and fetishes about how the working classes ought to behave.

They would need a sat-nav to find Shettleston or Possilpark and, if they did, they’d want to build a wall to protect the rest of us from all that smacking, all those unpleasant songs and all that swearing and anti-social behaviour. The SNP Government genuinely does not have a Scooby about the lives of real people.”