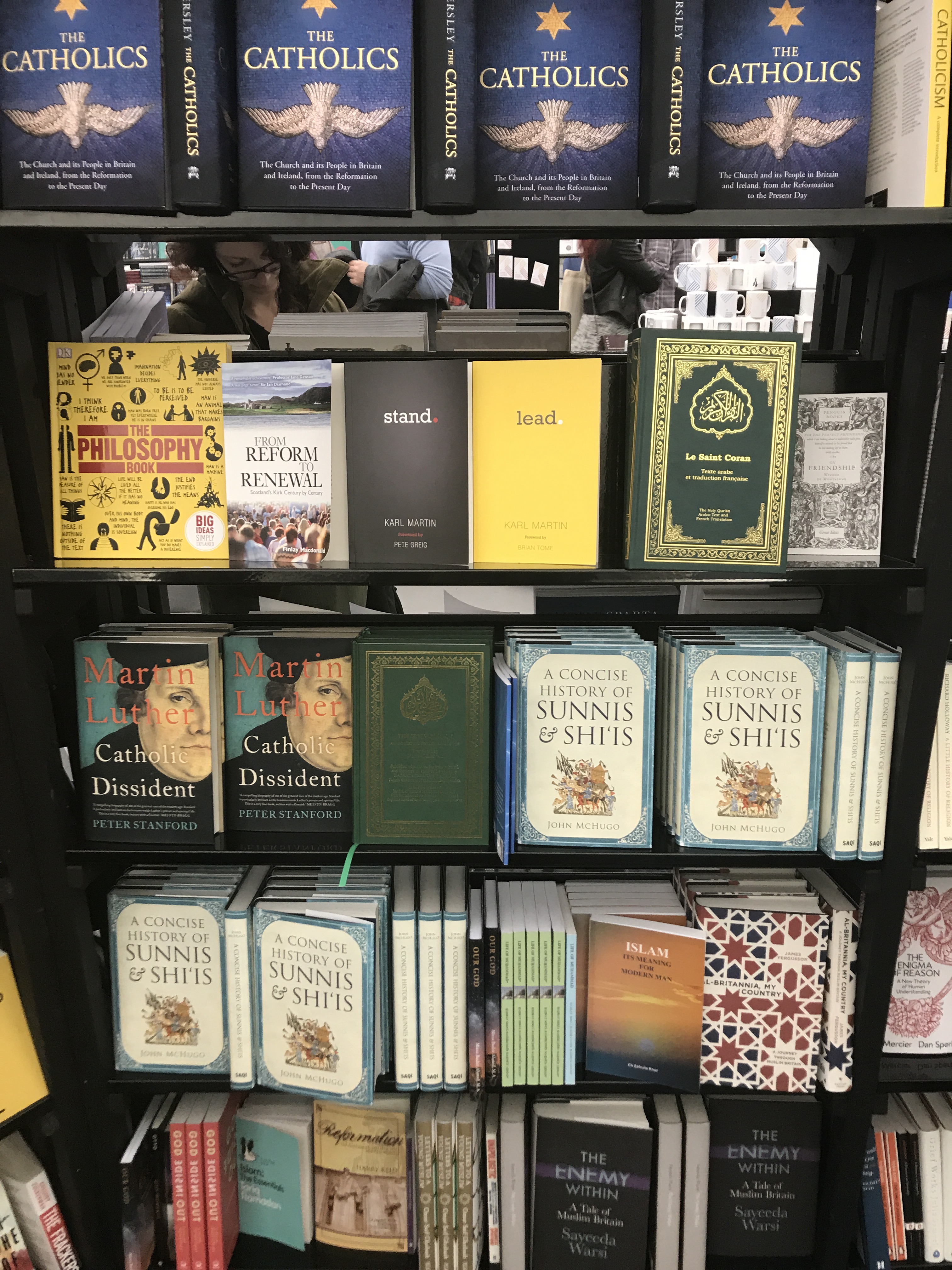 What a fascinating afternoon and evening I had yesterday in Edinburgh! In the afternoon I managed to get to the wonderful Edinburgh book festival and listen to Ruth Wishart interviewing the poet, Liz Lochhead.   Then I went to a somewhat different event involving Roger Day.    Who he? I suspect that many more people who read the title of this blog will be able to identify Liz rather than Roger. He is a preacher from St Helens Bishopsgate in London, who has just been appointed as the assistant minister in Chalmers Church Edinburgh. Yours truly was there, along with several ministers from different churches, to ordain and induct him to that charge.

The contrast between the two events was stark.

I loved being at the Book Festival, and was particularly keen to hear Liz Lochhead, especially after listening to her on Desert Island discs. I was not disappointed. She is a

wonderful wordsmith, with an ability to use words that stimulates both mind and imagination. Her voice is the perfect vehicle for communicating those words. There is also a warmth and a sorrow about her that almost certainly comes from the death of her beloved husband Tom a year ago. I loved the line about grief not being a linear thing, and also poetry being memorable speech. I also learned that James Robertson is doing a biography of Michael Marra – that one is definitely on the to buy list!

However there were negatives about the event. It was sweltering hot and we were crammed in like sardines. It seemed to me that the demographic of the audience was largely older and middle-aged with a predominance of women – especially what I would call the upper-middle-class Morningsiders.   I was suitably castigated by one such who objected to my using a laptop to take the notes on which this article was to be based. When at her request I closed it, she also took the opportunity to give me a row for using my phone to do exactly the same thing. I was thus reduced to writing in the dim and somewhat dark atmosphere. I wanted to say to her, “this is not a worship service, this is not an entertainment concert; this is a lecture, and I like to take notes during a lecture”; and then the thought struck me, “actually for you it probably is both worship and entertainment”. So the wiser course was silence – and pen and paper.

The other thing that disappointed me about the whole event was the relative superficiality.  Liz Lochhead, in her poetry, deals with some of the most serious and painful subjects that humanity has to face. But an opportunity was missed and instead we were reduced to the tiresome and boring sexual innuendo, swearing, taking God’s name in vain and of course the obligatory swipe at Donald Trump .  There was so much I would have liked to have discussed, heard and asked – but apart from a rightly sensitive broaching of the subject of the death of her husband – there was little of substance or depth. It was overall a frustrating experience and at £12 per head for several hundred people clearly a very profitable one for the publishers and festival organisers. I will buy her latest book because I love her poetry – but there is no way I was going to stand for half an hour in a queue to buy the most expensive copy of her book – even if it was signed!

The Day induction was as well attended as the Lochhead interview, but the atmosphere was completely different. It was of course one of worship – not worship of the new

minister nor of Chalmers church – but worship of Jesus Christ. No human beings were exalted, and therefore no human beings were mocked. Willie Philip gave an interesting sermon – his love for alliteration still continues. The gospel is about Jesus, not us – risen, ruler, returning. We have a unique and universal message; an uncut message and an urgent message. I thought the whole thing was dignified, joyful and of far greater significance to the people of Morningside in Edinburgh than the earlier interview.

There are two particular points of contrast that emphasise this.

Secondly Liz told us, “The message is there is no message”. How false and yet how true. Our post-modern wordsmiths might want to tell us that there are no great metanarratives, there is no big story, there are just many stories; and yet they are constantly preaching to us their messages based upon their own presupposed metanarrative – which because of the irrationality and dumbing down of the culture are considered to be beyond contradiction. There is no questioning of the fundamental beliefs of the liberal elites who run our culture- at least not by anyone who wants to belong to those very elites!  If you want to be in the empress’s court – you can’t say she has no clothes!

And yet her statement was also true – ultimately what went on in the tent in Charlotte Square was for a group of people for whom there was no message – at least no message outwith themselves and their own comfortable, cozy context. What went on in Chalmers church a couple of hours later was the antithesis of that. It was all about the message!   A man was being ordained to tell the message, and to train others to tell that same message. Why? Because it is a message that brings life and change and hope. At the end of the day the people in the tent in Charlotte Square (or indeed those in churches who just don’t get Christ) are as empty, vacuous and hopeless as any drug addict on the street contemplating suicide. The only difference being that the latter is more likely to be aware of it.

There was another contrast taking place at night. In Charlotte Chapel – a venue which is being wonderfully used during the festival there was a concert by a session musician Jeff Hammer who played with David Bowie, Teardrop Explodes, the Proclaimers, amongst others. Although sparsely attended I’m told it was a wonderful event with musical skill and joy being used to convey the message of the story.

That is where we need to be – in the public arena – living for and proclaiming Christ in that public square.

One thing I noted about the Charlotte Square book festival is how sidelined Christianity has become. Even in the very small ‘religion’ section of the bookstore it was predominantly about Islam – although there were a couple of interesting books about Catholicism and two of Karl Martin’s books (Karl is the pastor of Central in Edinburgh). In this 500th year of the Reformation there was one book about Martin Luther – a Roman Catholic’s view (actually looks to be an excellent book) and nothing about Calvinism. What do they have to do with Scotland anyway? We are more interested in Donald Trump, Isis and Britney Spears.   The airbrushing out of Reformed Christianity from Scottish culture and civic life is almost complete –  if my experience in Charlotte Square is anything to go by – it won’t be too long before other forms of Christianity follow suit. The cultural elites seem to want to expunge Calvinism from Scottish culture and habilitate Islam!

But…..if Chalmers continues to train men and women to go and serve Christ in churches and in the public arena, if Solas continues to provoke, stimulate and challenge – and if churches like Charlotte Chapel continue to be sources of light and life to musicians, artists, business people, politicians and the media – it may be that more and more we will see the culture changed and re-Christianised again.  There will always be contrasts – and there will always be changes. Unlike some Christian pessimists, I don’t believe that those changes will always be for the worst. Yesterday was a hopeful day.