Apologies for being a couple of days late….I was away at a wedding for the weekend…

There is so much to think about this week.  Where to begin? 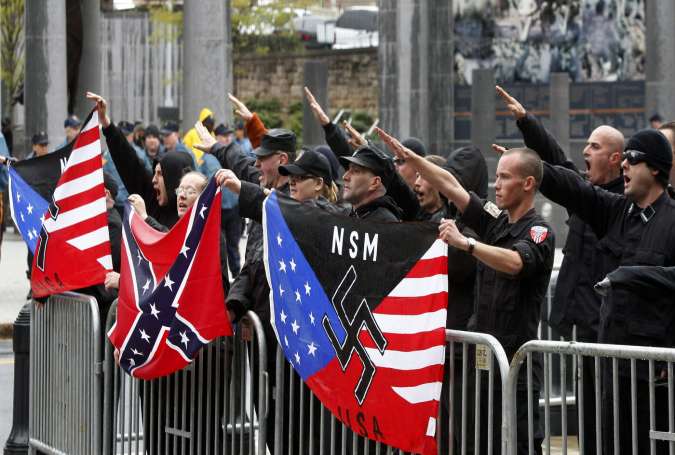 When even Thersea May condemns Donald Trump for his words or lack of them on the killing in Charlottesville you know that things are not good!   There has been an enormous amount written about this so I thought I would just add a few obvious things.

2.  I don’t really care what Donald Trump says and it also sickens me that this story has become about him. Why? Of course he should have condemned the white supremacists immediately –  but why must everything be about Donald Trump?

3. There is a massive amount of virtue signalling and hypocrisy in the reaction of much of our media and mainstream politicians.   The far right thrive on the publicity  which is obligingly being given to them. They are being set up as the only effective opposition to the establishment. The hypocrisy comes from not condemning the far left in as  vehement terms.  Antifa have done as much damage and are as dangerous as the KKK.   But our politicians just keep quiet about them.    Look at this ridiculous tweet from Sajid Javid.

Neo-Nazis: bad
Anti-Nazis: good
I learned that as a child.
It was pretty obvious.

He boasts about it being childish. The definition of good is not someone who is anti-Nazi – what if they are a Communist who kills millions of people? Are they still good because they are anti-Nazi? Does  wearing the label anti-Nazi give one the right to do whatever one wishes, and still be considered ‘good’?   The irony is that those who know their history of the 1920s and the 1930s, know that both the left and the right fed off one another.   In one sense if you want to encourage Nazism, the actions of Antifa  are perfect for them.

The  hypocrisy is also seen in another stunning way. Donald Trump is (rightly) condemned for refusing to call out the white supremacist and pseudo Nazis of the American far right.  But those who condemn Trump for that when they are faced with terrorism and death from a different ideology have a very different position.  I was going to write about this but once again Brendan O’Neill beat me to it – so let me just quote his impeccable logic.

They slam Trump for failing to name the horrible political creed we saw in Charlottesville yet they will viciously round on anyone who so much as mentions the i-word after an Islamist terrorist attack. They ridicule Trump for focusing on the critics or victims of the Charlottesville nationalists rather than the nationalists themselves, yet their response to every Islamist atrocity is to rail against “Islamophobia” and the potential for bovine anti-Muslim pogroms rather than against violent Islamism itself — that is, against us, who they fear, rather than them, who they pity. And they accuse Trump of fuelling far-right violence by being equivocal about it, not realising the same could be said about them in relation to Islamist violence: that in always emphasising alleged Muslim victimhood and European prejudice, they write the moral script for these barbaric acts of Islamist self-pity.
Their attacks on Trump would carry more weight if they hadn’t behaved like Trump so many times in recent years. Or worse than Trump, in fact. “Don’t look back in anger”, they said about the Manchester atrocity in which *22* pop fans were slaughtered. Even Trump hasn’t said anything so evasive and excusing and chicken-livered about Charlottesville. How about we condemn both neo-Nazis and Islamists, recognising both are contemptuous of life, liberty and openness? (While also acknowledging, as the evidence demands we do, that violent Islamists currently pose a far graver threat to life, liberty and openness than that gaggle of tragic white nationalists in the US does.)

In a brilliant article by Niall Ferguson in the Boston Globe he points out that the  greater threat to liberty,  comes just as much from the left as it does from the right.

“Mark my words, while I can still publish them with impunity: The real tyrants, when they come, will be for diversity (except of opinion) and against hate speech (except their own).”

2)  End of Diversity for the Church in Scotland? 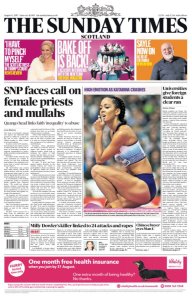 s to impose female priests and mullahs on churches and mosques.   as we have pointed out many times before when the state replaces God, then freedom of religion, thought and expression are quickly removed – all in the name of liberty, equality, diversity and tolerance!   The fact that the Scottish government did not immediately dismiss this totalitarian call is a worrying sign that  to is tempted to seek to impose their doctrines on everybody else.

Pastor Robert Jeffress  of the 10,000 strong First Baptist Church in Dallas,  has come out with a somewhat extraordinary statement about the increased tension between the United States and North Korea. Whatever the rights and wrongs of that situation it is surely unwise for any Christian minister to come out with this kind of statement –  declarin

g that Romans 13 “gives the government to the authority to do whatever, whether it’s assassination, capital punishment or evil punishment to quell the actions of evildoers like Kim Jong Un.”   Romans 13 does nothing of the sort. But apart from the very questionable biblical exegesis it is this identification of the Christian church with one particular politician or one particular political ideology which has done, and continues to do so much harm.

4)  The Morality of Holidays

I’ve read a fascinating couple of news items on the issue of holidays and the benefits and disadvantages of tourism.  Just returning from Skye where every B and B had ‘No Vacancies’ signs.  Obviously tourism is a great income earner but can there ever be too much? When does a local community become overrun by tourists? This question was raised on the BBC programme The Moral Maze, which resulted in a fascinating discussion.

What is happening with the SNP?   The latest opinion poll shows  Labour 33% SNP 29% Con 28% LibDem 7% Green 2%, which if replicated at a general election would mean  Labour  would have 34 seats (+27),  Con 17 (+4),  LibDem 5 (+1) SNP 3 (-32)!   Extraordinary.  The pundits and the SNP thought Labour was dead and buried and now, because of Corbyn and above all the SNP obsession with the EU, Labour have returned and the SNP and the cause of Scottish independence are in real trouble. 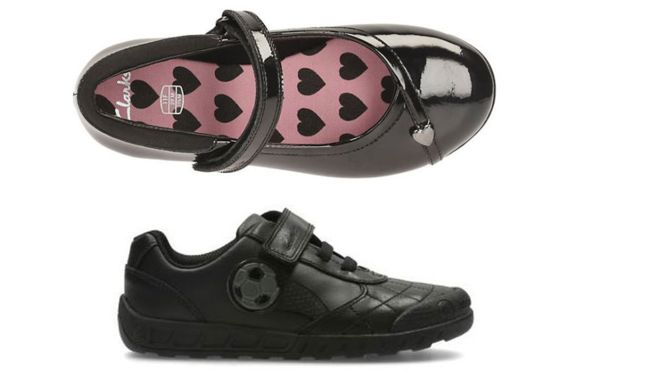 Every week we say that the wackiness cannot get any more wacky – and every week it does – take your pick from the following.

a) A hate crime officer has been criticised for telling shops to use gender neutral signs for tampons!

b)  Clarks have promised to ensure that their shoes are gender neutral after a fuss was made about the naming of two of them – A Dolly Babe range for girls and a Leader range for boys. With politicians like Nicola Sturgeon taking time out from their busy schedule to deal with this absolutely vital issue!

c) KLM  made a classic faux pas when they produced their advert and logo in favour of same-sex marriage.  I won’t insult your intelligence by  explaining to you what is wrong with this picture! Suffice it to say that only one of these seatbelts work-  much as only one type of marriage works!

Perhaps the saddest story of the week comes from concerning this poor child whose dad is transitioning to be his mum, and whose mum now describes herself as pansexual. They are boasting about bringing up their child as the first gender neutral child in the UK.  This picture and story are so heartbreaking.  This is nothing less than child abuse – and it is lauded by our media and politicians.

All the media reported the death of Glenn Campbell – and none I heard reported the most important aspect of his life – his faith in Christ.  Having led a pretty wretched life with a great deal of substance abuse, he finally found peace in Christ.

When God lifted my obsession for alcohol it was as if he raised the curtain on a whole new life. He changed me in ways I never could have changed myself, and that is the key.

“Today I truly have a peace ‘which passeth all understanding.’ I really don’t understand it. But I thank the Lord all the time. I am a man richly blessed, despite myself.”

Although I knew him because of his classic songs like Wichita Line and Galveston I had not realised what a brilliant guitarist he was.  This is superb..

Finally I leave you with this brilliant article from Bill Jamieson – the myth of a tolerant Britain   – something I have been trying to say for years!

“We have been encouraged to become more tolerant of certain issues such as sexual orientation, ideologies, religions, cultures and backgrounds. However, at the same time, we have become hugely intolerant of accepting leadership, accepting political outcomes, accepting the status quo, accepting personal relationships that fall short of expectations (hence the short duration of marriage and partnerships), of accepting discomfort of any kind, and we are critical of services many of which have cost us nothing or very little. “Overall we have become very intolerant of trying to live within our means. We want more for less. Expectations of what we are owed are greater than what we want to contribute. Demonstrations are everywhere, particularly from minority groups whilst the established views of the majority remain (for fear of possible implications to family or reputations). Democracy is on the verge of destroying the very values it aims to preserve.” In this, the writer has succinctly captured the dismay and unease that a great many now feel about our politics and culture today. The lack of public questioning that has accompanied this change may not be acquiescence in the new liberal absolutism but a fear of the angry bile and denunciation that such questioning would attract. Little wonder that so many are choosing to opt out and disengage from so-called “inclusive Britain”. I do hope I am wrong on this. But I fear we are truly heading in a fateful direction and one we will come to bitterly regret.