Some of the biggest enemies we face as Christians are those who profess to be Christians, especially Christian teachers and clergy, but spend their time denying Christian teaching and the Bible.  One such frequent correspondent in the press in Scotland is Rev. Dr John Cameron, a Church of Scotland minister.  In one of his latest diatribes he played the usual atheist cards – the church used to support slavery (equating slavery with gay rights) and he cited the Free Church as an example – he also sought to undermine the Bible claiming that if you believe it is true it becomes a paper pope.

Once again The Courier has permitted me to respond and once again they made it their headline letter and put this headline and photo above it.  Thankful…! 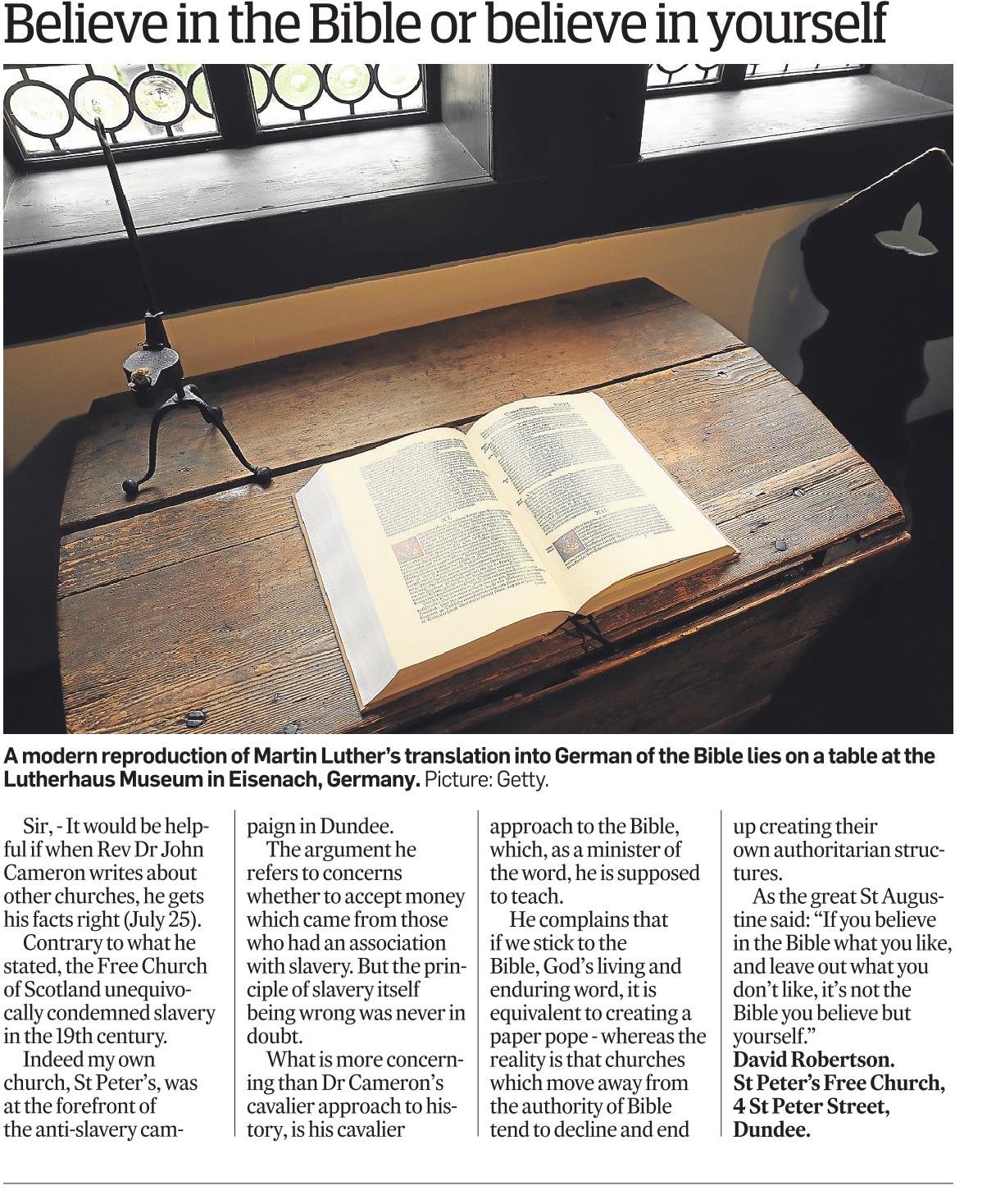