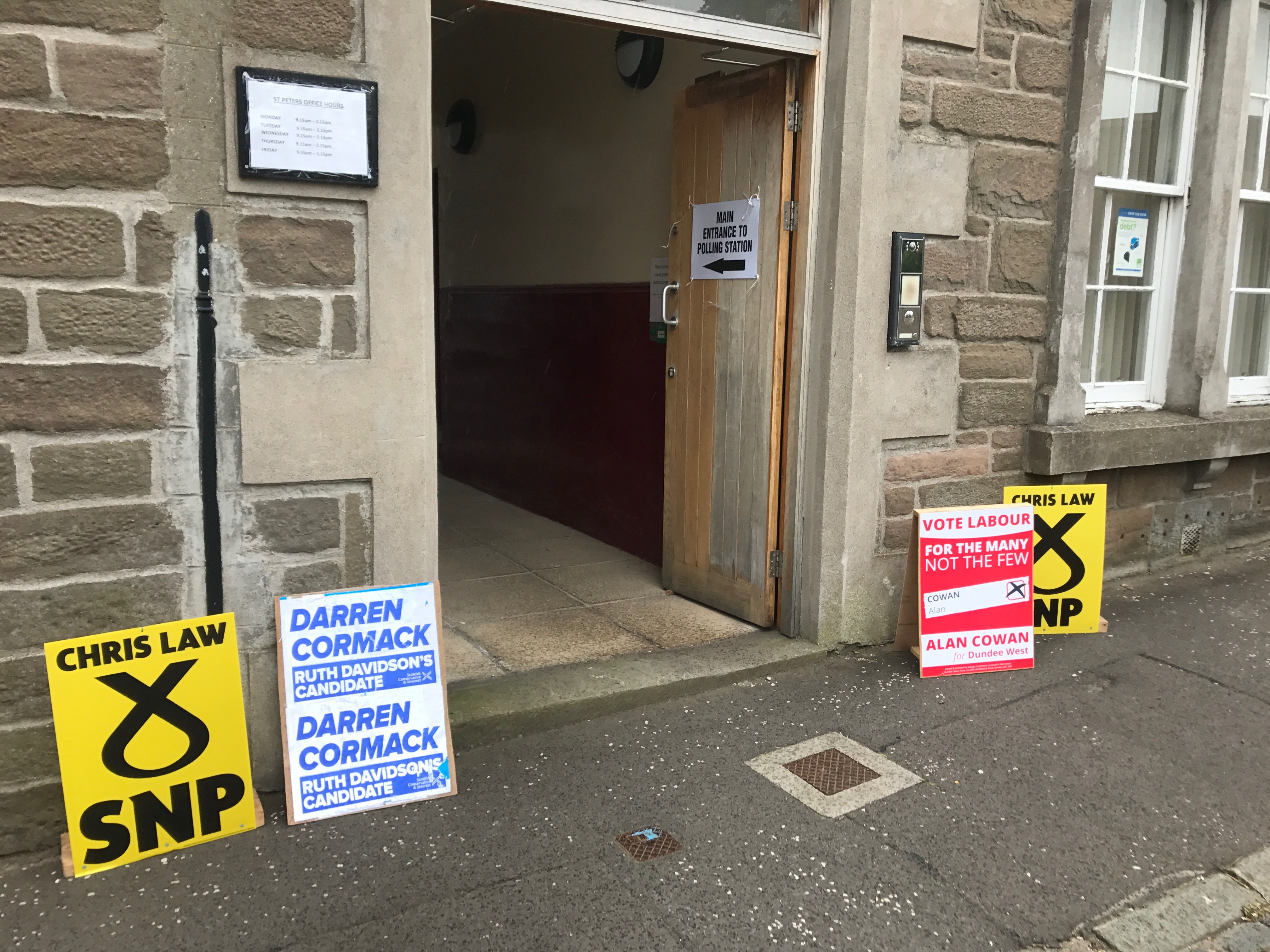 Sitting in my office at St Peters, which has now been turned into the polling station for a day,  I cannot forget this is an important day for the UK as one of the most important elections in decades takes place.    I usually make myself a hostage to fortune by offering a prediction on these occasions – so I will continue the tradition….but first let me offer just a brief analysis of the campaign as I see it.

Hubris of the Conservatives –

May began this election in a strong position – and I suspect that she will finish with an increased majority,  but maybe not what she was looking for.  I think she has had a bad campaign – not just because she is bad campaigner (which she is) but because of her hubris.  She called this election about Brexit and immediately made it about herself – ‘strong and stable’ was always going to be a hostage to fortune.   She had a 20% lead in the polls because of Brexit – and made the mistake of thinking it was because of her.  Now that lead has shrunk to around 5-10% and the Tories have somewhat belatedly returned to Brexit as their campaign.

Hysteria of the Corbynistas –

Corbyn has had a good campaign – not just because he is a good campaigner (he is) but because the media liberal progressives are desperate to have someone to hang their hopes on.   He is the Bernie Sanders of UK politics.  But it is hysteria.  It means that normal intelligent people forget all the facts about the past and because they ‘believe’ in the fantasy put forward by Labour, they basically forget any idea of ‘fact checking’ any of the policies.    ‘Believe in Hope’ is not exactly a concrete manifesto, but when you are desperate,  and see the Tories as the personification of evil, it will do.  What I find ironic is that who desperately railed against and mocked populism, have suddenly turned populists themselves and hope against hope that their man will be elected.   Another irony is that I am sure if the Labour party had a decent leader and unequivocally backed Brexit, they would have won this election.

Hypocrisy of the SNP –

They have had as bad a campaign as the Tories.  They have been all over the place on Scottish Independence, the EU and what the election is about.   First we were told that this was not an election about Scottish Independence (so why vote SNP?), then we were told that it was (more SNP MPs would mean a mandate for IndyRef2), then it was hardly mentioned in their manifesto.   The position on the EU was equally confused.  Was it SNP policy to remain in the EU?  Yes, maybe, Yes but… And then throughout the campaign we have heard very little about what the SNP have done and can do…its all been about stopping the evil Tories, who are apparently not having a revival in Scotland but still remain a threat!   Quite how the SNP can stop the Tories in a Westminster election has never been made clear.   For me the absolute low for the SNP was Sturgeon’s calculated clype and put down of Kezia Dugdale.  It was nasty and cynical.  She must have known it would only benefit the Tories – and I think the SNP are more interested in keeping Labour down so that they can benefit from the anti-Tory vote that is still strong in Scotland.  Hence the ‘Toree, Toree, Toree” mantra repeated ad nauseam.

Hopelessness of the Lib-Dems –

They too have had a dreadful hopeless campaign.   This is because of their leader Tim Farron, who has come across really badly, and because of their policy of basing it all on Brexit.  They wanted to position themselves as the party of the 48%, but made the fundamental mistake of not realising that half of that 48% are democrats who think that Brexit should now go ahead because that is what we voted for. Besides which the election has not been about Brexit – (the terrorist attacks, Tory incompetence and Corbyns good performance being the main reasons why) – and so they have been stuck in no mans land.  Which is a shame because they have some good policies and the House of Commons will be the poorer for only having a literal handful of Lib- Dem MPs.

(apart from the egg on my face if I have got this result totally wrong!).

I don’t like elections being made about leaders – although of course they are a factor.   It’s interesting to see the billboards outside St Peters reflect this – the SNP and Labour ones do not mention their leaders – the Tory says that our candidate is ‘the candidate of Ruth Davidson’.  Why would that make anyone vote for them?!

My local newsagent summed up the feelings of many people – ‘I don’t know who to vote for – they’re all crap’!  But we should not give up on democracy.  I still have hope.

I hope May will have learned some humility from this, she is not (nor should she try to be) Thatcher Mark 2.

I hope that the Labour party will return to its senses and come out of the Corbynista cultlike mentality.

I hope that the SNP will get back to being realistic and doing ‘the day job’ and forget all the ‘we are the Saviours of Europe’ fantasy.

And I hope that the Lib-Dems recover as well.  We need a multi-party democracy and returning to the two-party system –  because of the demise of UKIP and the collapse of the Lib-Dems – is not healthy.

Meanwhile I give thanks that I live in a democracy, that I can vote and above all that I am a Christian whose hope is in Christ, not in any political leader or system.   Now I have to go into the church, where, unbeknown to those trickling past to cast their votes, we are doing something even more important – praying for the Lord to renew, reform and revive our beloved land!