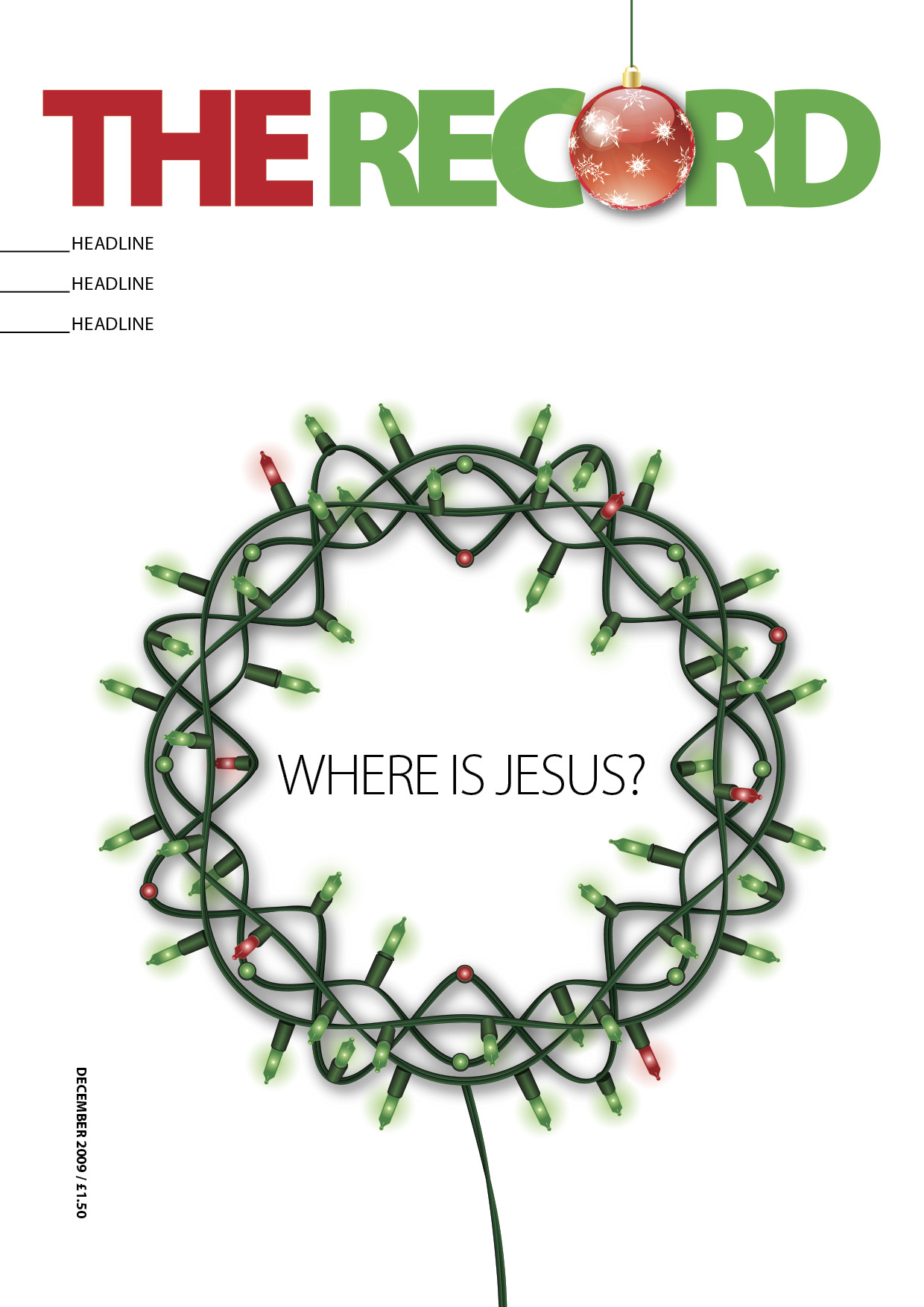 It’s Advent. As a Scots Highland Presbyterian I was vaguely aware of the word but didn’t really know what it meant – and it certainly meant nothing in my church. In fact it may come as a shock to those who regard Christmas as the heart of Christianity, but my parents grew up in an era when many people did not really celebrate Christmas – it was just another ordinary day. For them Advent was meaningless.

Even those who follow what is called the ‘church year’ seem to have lost much of the meaning of Advent. And that is why this week’s passage from Revelation (chapter 6) is so amazingly appropriate for us to grasp the truth that Advent celebrates – a truth that the church needs to recover.

The term Advent comes from the Latin Adventus, meaning ‘coming’. From about the 5th Century it was used in the Church to refer not to the coming of Christ as the baby in the manger, but his coming in judgement at the end of time. In the Middle Ages it was again linked to the first coming of Christ. Today it refers to the four Sundays before Christmas – so we are now in Advent.

“A lot of people in the church have abandoned the idea of hell, but I can’t do that. There’s a popular belief that it will be all right. What we’re missing, perhaps, is the sense of humanity under judgement.”

Dr John Hall, the dean of Westminster, told The Spectator this week that the themes of Advent are death, judgement, heaven and hell. “A lot of people in the church have abandoned the idea of hell, but I can’t do that. There’s a popular belief that it will be all right. What we’re missing, perhaps, is the sense of humanity under judgement.” Hall is right. And ironically it seems to me that many evangelical churches are guilty of the very thing he critiques. We have contributed to the mushiness of Christianity. The tinsel Jesus, the cute child in the warm stable is as much the staple diet of our Christmas as Marks & Spencer adverts are for most people. The irony is that it is the more liturgical churches who through their music and readings remind us of the harsher aspects of judgement – even if some of these are hidden in Latin terms!

Revelation 6 is probably not going to be one of your Christmas Day readings in church. It seems far better suited to the Clint Eastwood classic film Pale Rider, where death, justice and revenge are the themes, than the cute cozy Merry Christmas Yuletide services we offer.

The rider on the horse is thought by some people to be Christ. Others say it is the gospel. But Eastwood’s exegesis is better – each of the four riders is a judgement.

The white horse represents a strong army. The fiery red one, civil strife, perhaps civil wars where ‘men slay each other’. “When you hear of wars and rumors of wars, do not be alarmed. Such things must happen, but the end is still to come. Nation will rise against nation, and kingdom against kingdom. There will be earthquakes in various places, and famines. These are the beginning of birth pains.” (Mark 13:7)

The black horse is famine. A quart of wheat is a man’s daily ration but that leaves nothing for his family. What does ‘do not damage the oil and wine’ mean? Just before Revelation was written, in the year AD 92, there was a grain shortage in the Roman Empire. The emperor Domitian ordered the restriction of wine cultivation and an increase of corn growing. An order that had to be abandoned. Perhaps this is what is being referred to. This is a world where the poor starve and the rich feast.

The pale horse is death. More especially Pestilence. All of these ‘riders’ are curses from the Old Testament. There are numerous texts especially in the prophets which refer to these. For example Ezekiel 4:16: “He then said to me: ‘Son of man, I am about to cut off the food supply in Jerusalem. The people will eat rationed food in anxiety and drink rationed water in despair, for food and water will be scarce. They will be appalled at the sight of each other and will waste away because of their sin.'”

Hades following afterwards reminds us that death is not the end.

The fifth seal moves from the judgements of the horses, to the subject of sacrifice. The Jews thought that to be buried in Israel was to be buried under the altar. It was something to be desired. Paul refers to this in Philippians 2:17: “But even if I am being poured out like a drink offering on the sacrifice and service coming from your faith, I am glad and rejoice with all of you.”

The sixth seal takes a series of images from Isaiah, Hosea, Ezekiel, and Joel to talk about the great judgement coming on the earth. The sun turning black, the rolling up of the sky like a scroll and the great earthquake “In my zeal and fiery wrath I declare that at that time there shall be a great earthquake in the land of Israel. The fish in the sea, the birds in the sky, the beasts of the field, every creature that moves along the ground, and all the people on the face of the earth will tremble at my presence. The mountains will be overturned, the cliffs will crumble and every wall will fall to the ground.” (Ezekiel 38:19-20).

It’s a great judgement coming. In the words of the late great Johnny Cash, “God’s gonna cut you down”. The Pale Rider is coming, whoever you are. Verses 15-17 describe different classes of human beings. This is coming to all.

What is the solution? If Christ is coming in judgement, to deal with all the injustices, sins and evil in the world, where do we fit into the picture? If you go back to the fifth seal you see a great hint for our hope. The Lord’s people are dressed in white robes. What does that represent? It is what the theologians call their justification. In a world of injustice, the just one comes. But before he comes in judgement, he has come as the baby in the manger. He has come as the perfect teacher who lived a perfect life and demonstrated the power of God through his miracles. He has come as the One who was to die, not for his own sins, but for the sins of his people. The message of Christmas is the message of the one who was born to die. A few years ago I edited a church magazine and our Christmas edition cover caused a bit of controversy. I still think it symbolizes the clash between the glitter of Christmas and the purpose of Christmas:

He has taken our filthy rags and given us his white robes. He gives us beauty for ashes, the oil of joy for mourning, the Spirit of praise for the garment of heaviness.

That’s why it’s good for us today, in our 21st Century confused and confusing world, to remember Advent. To think of the coming judgement and then remember the one who came in weakness and mercy. It is why for me the hymn of Advent is also the greatest Christmas carol:

That mourns in lonely exile here

Until the Son of God appears.