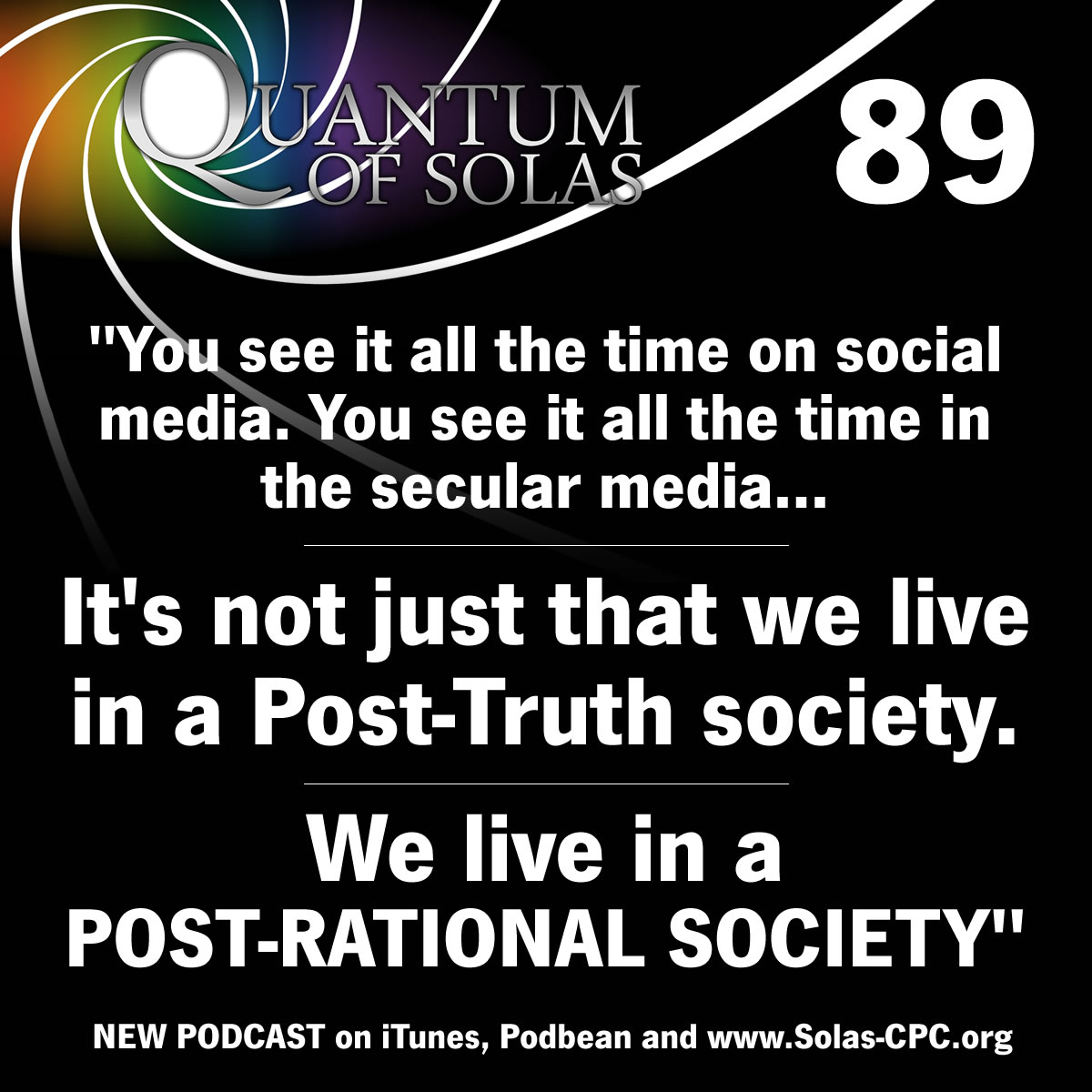 This week’s Quantum is all about the issue of Truth and Post Truth.
You can listen on iTunes, Podbean or the Solas website here:

Washington Post:  SNL ‘Bubble’ skit about liberals in denial over Trump was perfect