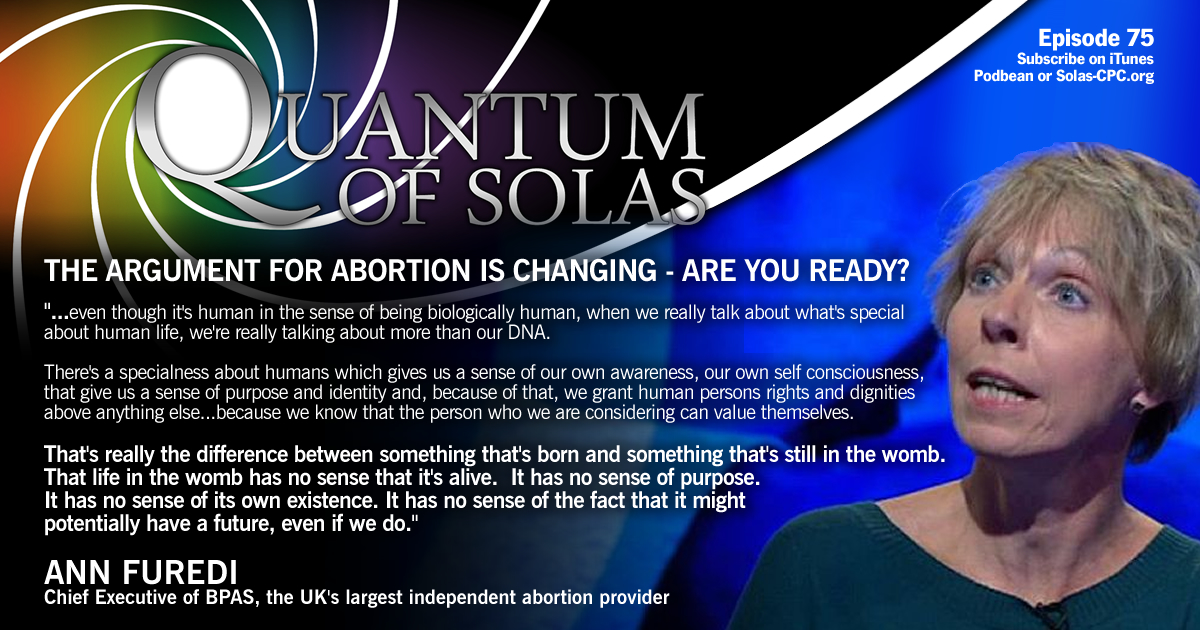 Ann Furedi, Chief Executive of BPAS (Britain’s largest independent provider of abortions) has written a new book – The Moral Case for Abortion. As Christians we need to understand what the argument is and respond to it.

In this week’s Quantum of Solas podcast, I discuss Mrs Furedi’s recent comments on a Spiked Podcast with John Deighan, Chief Executive of SPUC Scotland (Society for the Protection of Unborn Children).

Spiked Podcast: There is a moral case for abortion

Kari Atalla – The baby that would have been mine