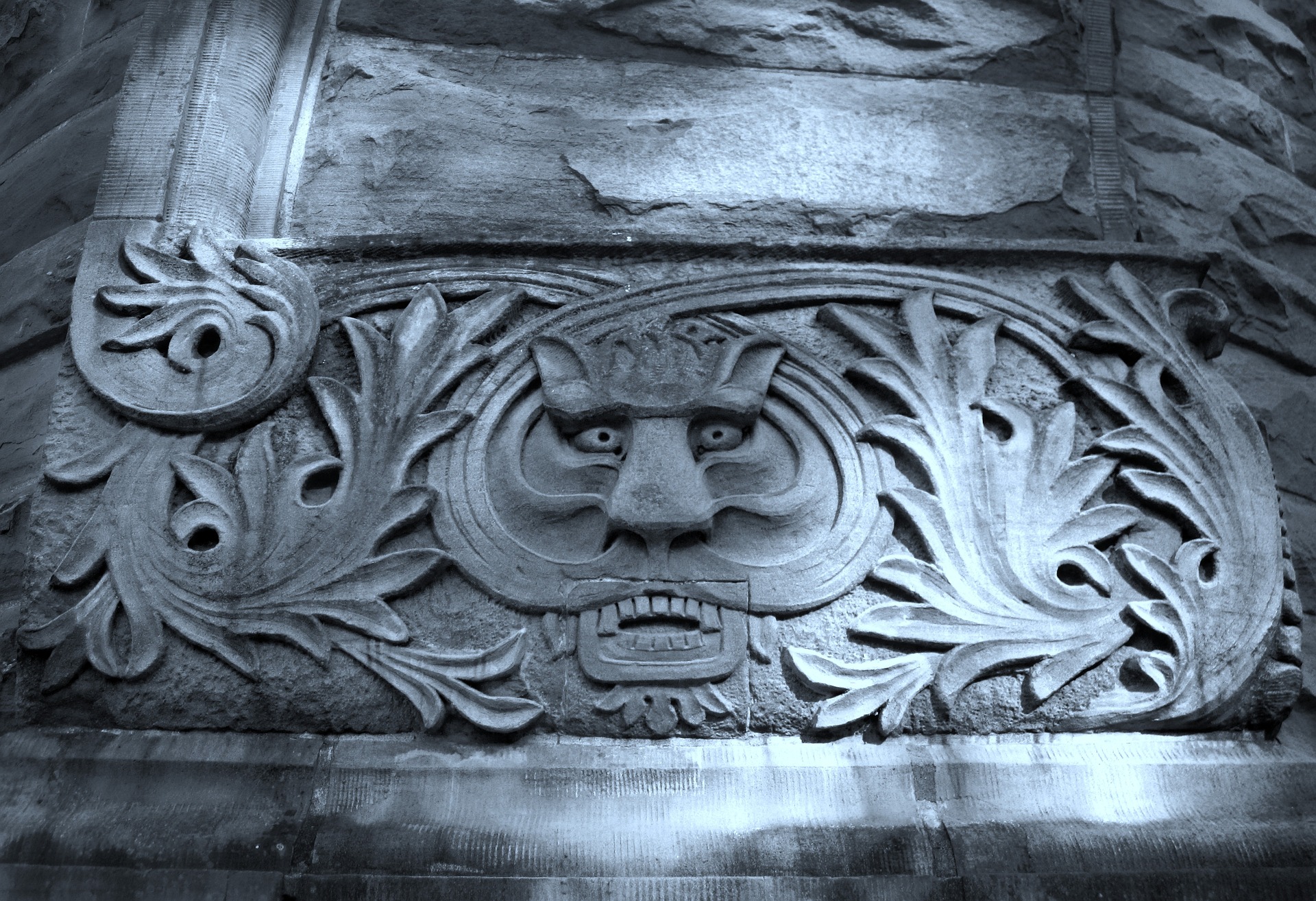 Good job! I see you have been learning from your earlier mistakes and are actually using our Fathers carefully selected subtleties. Its good that you have been following the diabolic guidelines when dealing with these loathsome creatures who actually believe what Jesus said. I commend your recent activities through your patient and I can assure you that we will use his blog in the future as an example of the kind of thing we are looking for. http://www.neilgcampbell.net/rev-scott-s.-mckenna-and-rev-david-andrew-robertson-a-misjudged-conversation/ As you are aware the guidelines he has been following are those found in book 2, section 48 of Our Father of Lies Training Manual, entitled “Ten rules for undermining preachers who actually believe the bible”. It is deeply satisfying to see that you have done your work so well that unwittingly he as been using them as though he were one of us.

Rule 1 – Don’t start with ridiculous concepts such as truth and facts. Start with impression and emotion. Begin with discrediting your opponent by calling them arrogant and confrontational. This always works. You win both ways. If they keep silent they appear to agree with you. If they answer they appear arrogant and confrontational. They are damned if they do, damned if they don’t. We love damnation!

Rule 2 – Always portray those who don’t believe the bible as gentle and gracious –  just like Jesus (if only they knew!).  Again like rule 1 it doesn’t really matter whether this is true or not, or whether everyone believes what you say, but some will. And so you continue to create the impression that on the one hand there is the loving, gentle, kind, tolerant accepting liberal and on the other there is the nasty, certain fundamentalist. By the way what a wonderful coup that we have managed to claim the name ‘liberal’ for those who hate the true liberality of our Enemy! You see how easy it is to change and use language with those who foolishly think words only mean what they want them to!.

Rule 3 – Always play the uncertainty card.  Portray yourself as uncertain and seeking, with a wistful look back to your ‘childish’ days when you were certain, and your opponent as an arrogant know it all who thinks that they know the will of God. This is a brilliant strategy because it allows you to appear humble whilst at the same time believing whatever you want to believe and rejecting whatever you don’t like. Remember your aim is to create a narrative, an impression and so make sure you don’t actually encourage people to think. Otherwise they might work out that your certainty about uncertainty is self-contradictory. Don’t worry if they don’t and someone else points it out – because you can just turn round and in turn point out that they are using Western logic and not the language of love. Whilst your client may genuinely believe this, don’t ever let them get close enough to it to see how meaningless it is.

Rule 4 – Always sound spiritual. Cite some proverb/saying/truism which sounds profound and meaningful and may even contain truth such as the often misquoted  “The opposite of faith is not doubt, it is certainty.”  Usually quoted to justify unbelief. It doesn’t matter whether it is non-sense, it just makes people feel good and allows them to indulge whatever their particular thought of the moment is, without having to worry about whether it is true or not.

Rule 5 – Don’t under any circumstances allow questioning. This is of course tied in with preventing people actually thinking. If it were not so pathetic it would be hilarious that you can actually get away with accusing a minister of the Bible of thinking he knows the will of God. Hopefully your charge of arrogance will be enough to stop them asking questions. What if God has revealed himself in the Bible? What if the person who is teaching the Bible as the revealed will of God is in fact being humble, not teaching their own opinions but His? Don’t let these kinds of questions be asked because then you have lost.

Rule 6 – Talk often about how progressive and ‘on the right side of history’ you are. Speak movingly about your ‘journey’. This both makes you appear humble and modern, whilst your opponent is stuck and immobile. We always love seeing people slide into hell, whilst thinking they are advancing into Nirvana.

Rule 7 – Denigrate your opponent, nicely – The knife is better stuck in with a smile, rather than a snarl. Remember you are trying to win others over to our side. After you have laid down the foundations of how humble, gracious, progressive, uncertain you are – you can then move on to calling your opponent names. ‘Different, dangerous and deluded” is a great way to go. Of course you can’t do that at the beginning because it sounds like what it is, name calling….but once you have established the fact that you are the humble, gracious, seeking one…then feel free to call them as many names as you want. Mud sticks. Especially when the logic of the enemy has been removed from the mind.

Rule 8 – Play the Jesus card. This is my personal favourite. Imply that your opponent is ‘not like Jesus’. This manages to impress both Christian and non-Christian and sometimes has the advantage of making your opponent doubt themselves. Tell them they are Pharisees (without of course allowing them to think that it was the Pharisees who denied the Word of God, mocked the person of Christ and ended up being responsible for crucifying him – a mistake Our Father now regrets having made). Be careful here. Make sure you accuse your opponent of not being ‘Christ like’ (which in this culture usually means ‘nice’ – and since you have already established that your opponent is not nice – you are on to a winner!) before you then go on to talking about your version of Jesus. The nice personal, inclusive, do whatever you want, mystified and mystical Jesus. We love getting people to believe in a Jesus who doesn’t exist. He can do us no harm, and he can do them no good.

Rule 10 – Always quote Scripture – This should perhaps be nearer the top of the list. Our Father of Lies used it as his number one weapon in his tempting of the Enemy. I love that our agents within the Church deny that the bible is the Word of God and then quote the bits they like as though they were. It certainly confuses the enemy’s troops. You know the nice stories about the Samaritan who ‘broke the rules and kept the commandment to love’. It allows them to use all their favourite buzz words about inclusion, caring for others etc. without ever getting to the real heart of the matter – that humans are lost and incapable of truly caring for others without a radical heart change. Our liberal friends think that they can care for others fine without Jesus. He is in their eyes, only a fine example of what they already believe themselves to be! In your clients blog there is a superb example.

Citing Matthew 25:31-46 is so commonplace nowadays that you would think it would not work. But the old ones are always the best. Your client cites it as a passage in which there is no doctrine. Stop laughing! They really do think like that. It’s why you find it so easy to work with them. As even we can see it is a passage full of doctrine. It teaches about the judgement day, humanity made in the image of God, the difference between the sheep and the goats, eternal righteousness and eternal punishment and yet our clients use it as an example to deny it all and to suggest that it is just a morality tale about helping the poor and rejecting doctrine! ‘Help the poor or you will go to a place that we do not believe exists’ is hardly a sermon full of intellectual honesty or logical consistency! Which is precisely why we love their preaching! Thank Beelzebub that they cannot see that it is only true knowledge of Christ which enables them to truly help the poor.

Rule 11 – Always denigrate Doctrine – At least true, biblical doctrine. It is appalling. It tells them about Our Enemy. That is the very last thing we want them to know about. So come up with lines like ‘for the hard-line fundamentalist, doctrine is everything’. Never let them see that everything they believe is in some way a doctrine. Do you not see how delicious it is that they believe our doctrines and call themselves ‘freethinkers’ and despise Our Enemies doctrines – the very truths that would set them free?

Rule 12 – Create horror at a breech of religious etiquette – Don’t you just love the fact that those who quote our old friends the Pharisees as bad examples of religion, often end up behaving like them. Your clients outrage at the admittance by Our Enemies servant that he would ‘excommunicate’ our ally was wonderful. Never mind that our ally did not believe in Our Enemy (nor for that matter us), never mind that communion is the disgusting idea of being united with Him, no – concentrate on the ‘religious’ aspect, the ritual, and the ceremony. And then make him look and sound ‘not nice’ just because he defends our Enemies Table. Given that the purpose of that disgusting meal was to ‘proclaim the Lord’s death’ until he comes and given that His death was to take away sin, it is laughably wonderful that someone who denies that that was the purpose of his death should be upset at the suggestion that he shouldn’t sit at a table remembering it! But never mind the logic, just go with the ‘you hurt my religious feelings’ narrative, and in the context of the culture we have created, you will get on very well.

Rule 13 – Play the Judgemental Card – This is embarrassingly easy. We love the fact that we have created an army of agents who manage to persuade people that judging is such a terrible sin, and then spend the whole time doing so – without offering any remedy! Everything is in their opinion….which suits us fine.

And now having reached the perfect number…(a wee trick for you…try to get it to 666 and your arithmetic will be diabolically perfected as well), its time for me to depart.

But let me say that we were most displeased that you had to engage in this rescue mission. It was a major mistake to allow your other client to have the debate in the first place. That should never have happened. You must understand that when we talk about dialogue and openness we mean it about as much as when we talk about love and compassion. You allowed many people who are under the influence of your client to hear some of the Enemies truth. That is not permissible. However you have somewhat redeemed yourself by getting the tapes destroyed and ensuring as much damage limitation as possible. Keep up the good work,

Yours in the Service of our Master, 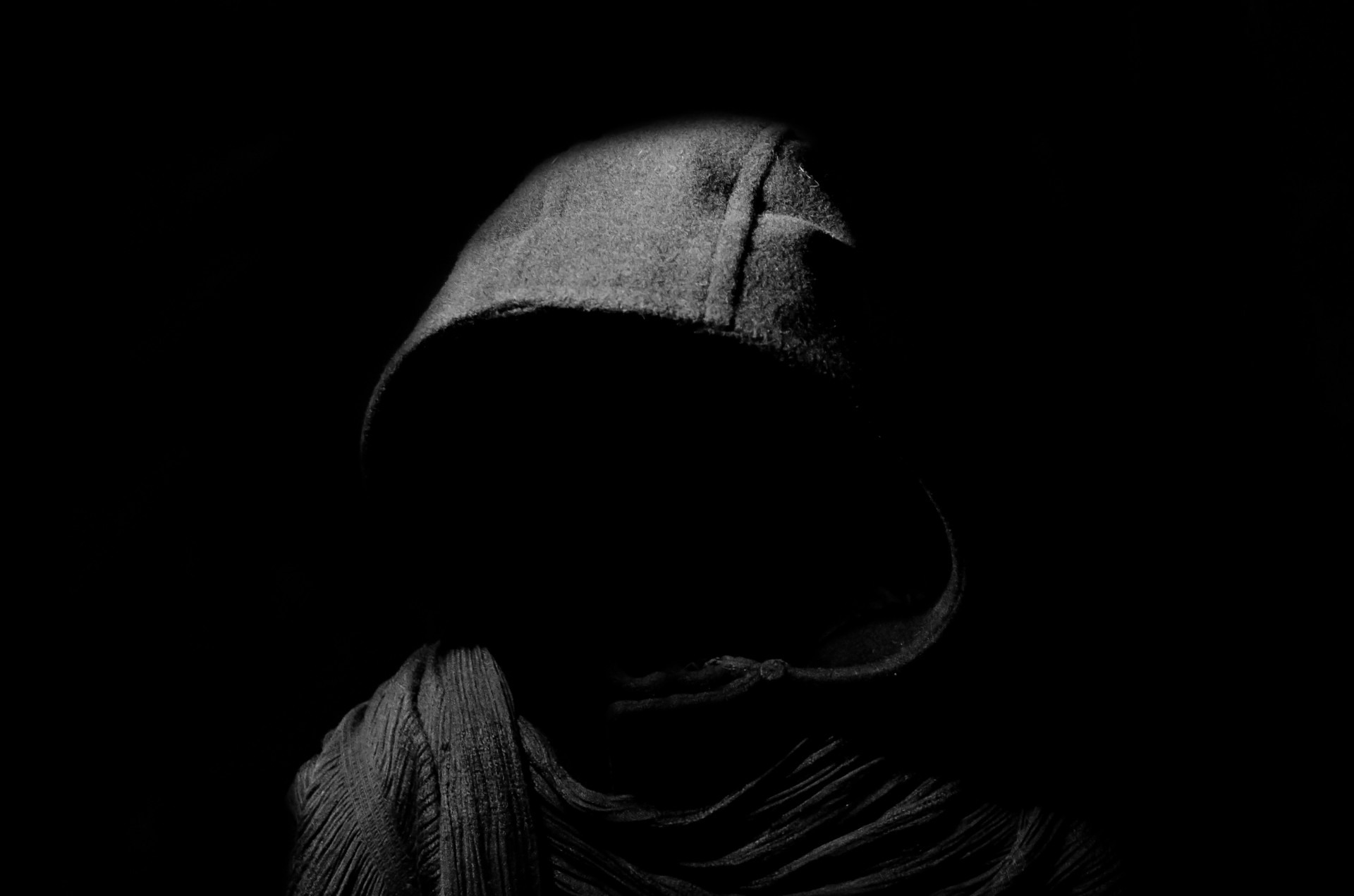