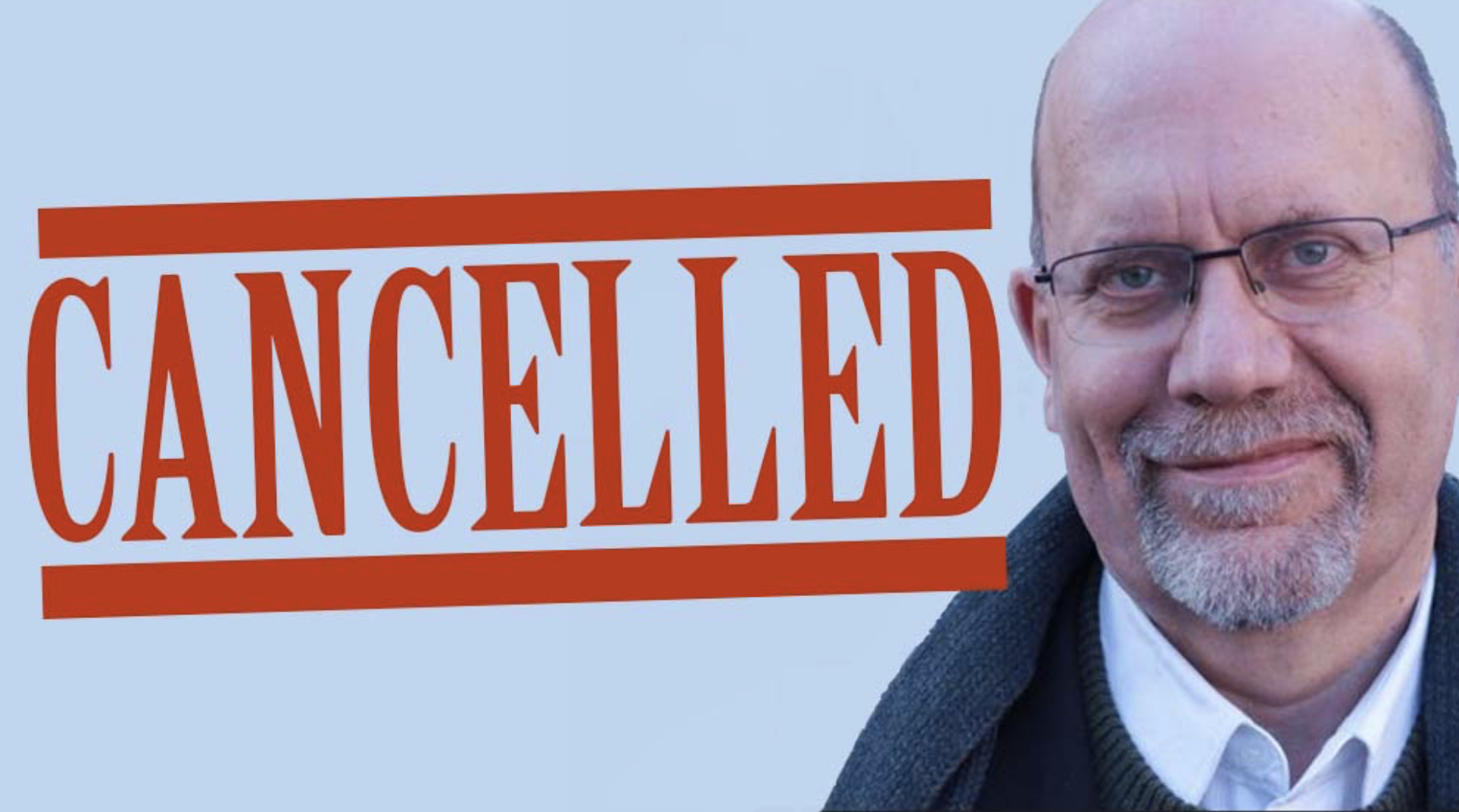 Just as some Eternity readers were questioning the boundaries of what we should publish a couple of weeks ago – in response to a couple of controversial opinion pieces, David Robertson, a Christian apologetics writer recently settled in Australia was getting cancelled by London’s Premier Christianity magazine.“Cancelled” that is, in terms of seemingly being permanently banned.

Robertson is one of a rare species in Australian Christianity, as he is rather better known overseas than here. He has the curious nickname “the Wee Flea”, a pun on the name some Scots use for his old denomination the Free Church of Scotland or “wee frees”. But his case is a useful one to ponder – at least for this editor.

Amazingly enough Robertson was punished for writing about the Meghan Markle and Prince Harry interview with Oprah. Not a topic Eternity covered.  John Sandeman

Of all the thing a Christian commenter might get in trouble for, one would not put a Royal TV interview anywhere near the top of the list before this week, surely? Were you surprised?

No – not really.  In a world where identity politics and celebrity are key metrics, I was not surprised that daring to question the Princess and Prince of Woke would result in backlash.  In fact, I find that in today’s world it’s almost impossible not to offend someone in public – unless you are so bland as to be boring beyond belief! When I was asked to write the article, I knew I was putting my head on the chopping block!

You predicted the content of the Prince Harry and Meghan Markle interview very precisely. But you got in trouble for saying she would “play the race card.” Would you put that a different way? Maybe like Greg Sheridan said in “the Australian” that the issue was “weaponized”?

I find it interesting that you think ‘weaponised’ is a gentler way than saying ‘play the race card’! I would have thought that playing cards is a lot gentler than using weapons. But in today’s world I suspect words have largely lost much of their meaning. Greg Sheridan by the way went way further than me – he talked about Harry and Meghan weaponizing not only race but mental health.

Have you been cancelled for good?

Yes. I think so. Anyway, I would not want to write for a magazine which treated its writers in that way. I was asked to write this article. The editor approved it, thanked me and published it. It was only when he got some pushback that he then changed his mind and repented on my behalf and threw me under the bus. I’m afraid that his actions mean that I will be forever tainted as ‘that guy who had a racist article pulled’, despite the fact that it was not racist. But mud sticks. Even (or especially?) in Christian circles.

Any advice for Eternity?

Don’t second guess what the Woke world will think about your articles. Stick by your writers. Be prepared to allow disagreements. And above all don’t let the fear of the mob come before the fear of the Lord!

Leaving Royalty to one side, what’s the most important issue for Christians today?

Royalty is about 100th on the list – unless it is the King of Kings! I think we need to understand the culture, be compassionate and be courageous. We must speak the truth, (not lies), in love (not hate).  I’m afraid that much of the Church is just becoming a pale shadow of the culture – whether on the Right or the Left. We reflect the identity politics, celebrity culture and shallow triviality of our confused contemporary society. We prefer dumbed down social media, to reading, reasoning and thinking. We are struggling with how to be prophetic, leadership and how to be salt and light. Perhaps the most important contemporary issue today is ‘What is a human being?”.

Some readers might be asking “what would Eternity do?” (WWED?)  We’ve answered part of that by asking David to take part in this interview. Eternity is happy to feature him, and we hope to again. Being familiar with his long track record of commentary in Britain I know he is not a racist. UK readers would have known that, too. I think it might have been helpful for David – or the editor of Premier Christianity rather – to also note while that being less than enthusiastic about Meghan Markle’s putative critique of the royal family, the Bible teaches us that “every tribe and tongue and nation” will gather in heaven, and that kingdom value of racial equality applies here and now. Sometimes it falls to the editor to say the things can’t be said too often.  And I appreciate David’s advice not to panic in the face of a mob. John S

I added the following to John’s comments:

Thanks John – I note the reminder that “it might have been helpful for David – or the editor of Premier Christianity rather – to also note while that being less than enthusiastic about Meghan Markle’s putative critique of the royal family, the Bible teaches us that “every tribe and tongue and nation” will gather in heaven, and that kingdom value of racial equality applies here and now. ” I have based my ministry on the hope of that promise in Revelation 7. It’s why I had a church in Dundee with over 20 nationalities, and people from every continent. It’s also why I don’t like it when people play the race card for personal advantage and thereby do damage to the anti-racist cause. Of course it is possible I may have misread and misinterpreted Meghan Markle, but given that she offered no proof at all of the alleged racism she experienced within the Royal Family, I think my analaysis still stands. However I do not think it is right that am accused either of racism or racial insensitivity, because of my view that Markle was playing the race card…

I also find it ironic that every day this week I have been getting an e-mail from Premier using Easter to plead with me (and others) for money to make up a £500,000 shortfall.  I won’t be contributing!