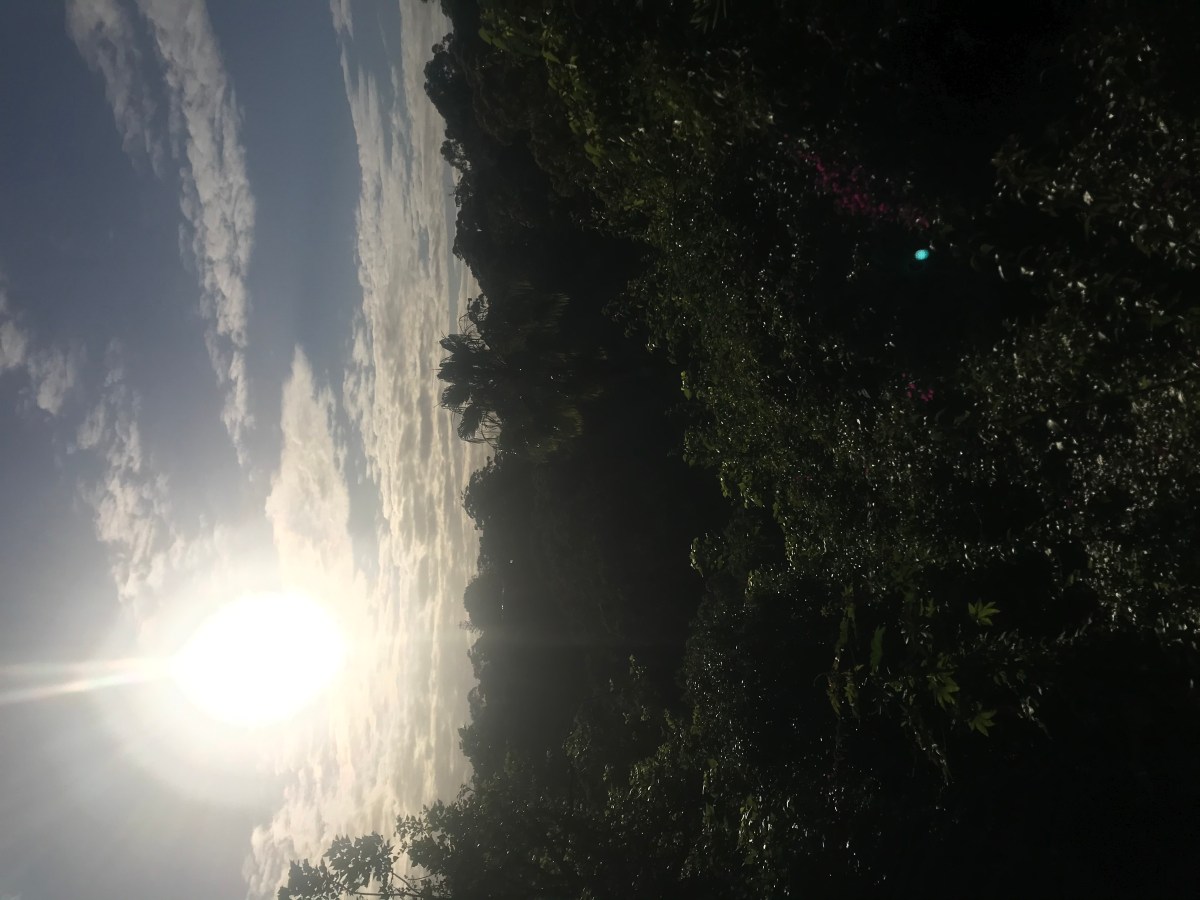 Are you fed up with politics?  I’ve actually got to the stage where I am watching anything except the news.   Don’t worry!  this blog is not yet another one about the US election – except as an intro – there is something far more important to talk about.  I understand that the US elections are important and affect the whole world but the level of emotional investment and involvement, even from Christians,  is quite frankly disturbing.  The reactions have been way over the top – from fireworks in Brisbane, dancing on the streets of Philadelphia (apparently Covid is no longer a factor!), and on the other side mourning and anger as though Christ has been re-crucified.  Australian news had the headline ‘How Joe Biden will heal America and reunite the world’!      Biden himself tweeted that this was already done ! – America was now a nation healed, strengthened and united (‘ransomed, healed, restored, forgiven, who like me his praise should sing!).  Incidentally, he gave an excellent speech – just right in terms of tone and content – but words are cheap – we will see what the actions are.   However the tweet that struck me most was this one:

The idea that Joe Biden (or  Kamala Harris, Donald Trump,  or any other political leader) is the one who is bringing light into the world is as dangerous as it is absurd. Biden as Saviour of the World (which is the level that the sycophantic press have almost reached in their attempts to outdo one another in their hysteria).  When he hasn’t cured Covid, stopped climate change, united the races, dealt with poverty and ‘saved America’s middle class’ then the disappointment will be devastating for those who buy into this delusional hope.   I have no doubt that America needs healed and renewed – but that will not come through politics.  Instead we need to turn to the Word of the Lord.

Is. 58:8 ” Then your light will break forth like the dawn, and your healing will quickly appear; then your righteousness will go before you, and the glory of the LORD will be your rear guard.”

The US has been here before.   It started off as a nation where there would be religious freedom – where it would be ‘one nation under God’.   Many times it has wandered away from that original purpose.   And many times God has turned the nation back.  It’s what we know as revival – and that is what the US needs just now.  A spiritual renewal.

But what is revival? I read this today:   “In describing what happened in Jonathan Edward’s Northampton, Massachusetts church in 1734, observers said, “It pleased God…to display his free and sovereign mercy in the conversion of a great multitude of souls in a short space of time, turning them from a formal, cold, and careless profession of Christianity, to the lively exercise of every Christian grace, and the powerful practice of our holy religion.” 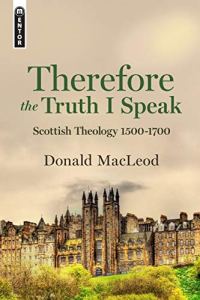 But what really got me thinking about this was a superb chapter in Donald Macleod’s Therefore the Truth I Speak about the revivals associated with David Dickson in Scotland in the 17th Century.  It was deeply moving, informative and indeed thrilling.   It reminded me of the great revival associated with McCheyne in 1839-1843.  Here are a number of the lessons from this chapter.

“Can a congregation or denomination reach a point where it is so spiritually dead that there can be no hope of reviving it?”    “In so far as revival means breathing new life into living churches, it has to mean the re-energising of congregations by the addition of large numbers of new lambs to the flock; and these new lambs are brought in, not by reviving the living but by quickening the spiritually dead”.

“In many a typical modern Scottish congregation even three sudden conversions would change the whole atmosphere.  In any congregation, anywhere, three hundred conversions would mean an almost unimaginable spiritual tonic…and for any Christian pastor there is no uplift comparable to the augmentation of his flock by the addition of large numbers of new born lambs”.   He then goes on to point out that it is not so much the revival of the existing membership that produces the new converts, but that the new converts revives the existing membership.

I was reminded of a remark I heard from Sinclair Ferguson at Crieff – “churches in Scotland have largely given up expecting to grow through conversions”.   It was very convicting for me.

“This is what we pray for when we pray for revival; fresh, young, spiritual life and love.   And this is what drives all authentic Christian ministry; the desire of saving souls and leading hundreds, if not thousands into the kingdom”

2. Revival is the work of the Holy Spirit, not the Methodologies of Men.

“One clear manifestation of this sovereignty was the Spirit’s choice of location. Anyone organising a modern evangelistic campaign would choose a university city or a great cosmopolitan hub, but God chose hamlets.  Ayr was not a great city, neither were Irvine, Stewarton, Nigg or Carloway, and neither was Northampton in New England.”

John Welsh of Ayr…prayed continually “ Lord, wilt thou not grant me Scotland!”  (Who is going to pray such a prayer for the US? Scotland? the UK?  Australia? China?  Africa,?or any country?).

William Burns “Prayer, unceasing and earnest, is that wherein the great strength of a religion lieth”

4. Revival is flexible and innovative

“Along with these labours went a refusal to be bound by caution and convention, or by the argument, “we never did that before.” if a Whitefield came along, tainted by Episcopalianism, his services were welcome. If a woman who was being counselled suddenly broke out in prayer, no one commanded her to be silent. And if God blessed another man’s spiritual field and passed yours by, you praised God, went to see for yourself, reported home and urged your congregation to their knees. “

“They believed these truths with all their hearts, they preached them with all their mind, and they yearned for an ever deeper understanding of them. Dare we say it? Men like Welsh and Dickson and Livingston and Edwards and Whitefield and Burns and MacDonald were theologians as well as preachers; And they preached all the theology they knew.”

This week I heard of yet another celebrity Christian leader who has fallen and has been removed from his post.  The occurrence of these events in the US (and elsewhere) is now so frequent that we are no longer surprised.  When I hear of commentators talking about ‘evangelicals’ as a political bloc I wonder if the term evangelical has become meaningless.    When I see on the one hand the hysteria and heresy of the hyped-up showmen (and women) who masquerade as Christian teachers; and on the other the cold, emotion averse teaching of much evangelicalism, I am persuaded that Macleod’s last words in the chapter are directly applicable to us.  I leave you with them.

“In other words, awakening means persuading thousands of Christians that they are not Christians at all. This is not simply a matter of theological illiteracy or Christians living in open and impenitent defiance of the Christian ethic or setting aside the whole idea of life after death or taking communion without giving it a moment’s thought,  it is much more fundamental. Many in the churches have had no experience of the emotional and affective side of the Christian life. Having never faced the truth about themselves, they have no bad conscience and no fear of divine law to fill them with grief, shame or fear . Sin,  they imagine, died with the Victorians. And conversely, they have never tasted the wonder of forgiveness, or being overwhelmed with a sense of the freshly discovered love of God, or known the peace that passes all understanding. Their hearts cannot sing, ‘I once was blind but now I see’. Above all, they know nothing of such a love for Christ as fills them with ‘joy unspeakable and full of glory’ (1 Peter 1:8).

Their one great characteristic is complacency: complacency in the church itself; dead branches; lifeless members. What these need is not awakening, but resurrection [Ephesians 2:5].

Surely, then, there is nothing we can do? No, but there is something we are commanded to do. We have to proclaim, even within the walls of our own churches, ‘you must be born again, praying that God will use our human word, spoken with ‘poor, lisping, stammering tongues’, as His very own word, and cause the dry, skeletal bones to live [ Ezekiel 37: 3].

Revival, Renewal and Reformation in Lewis and Harris

Revival in the Highlands