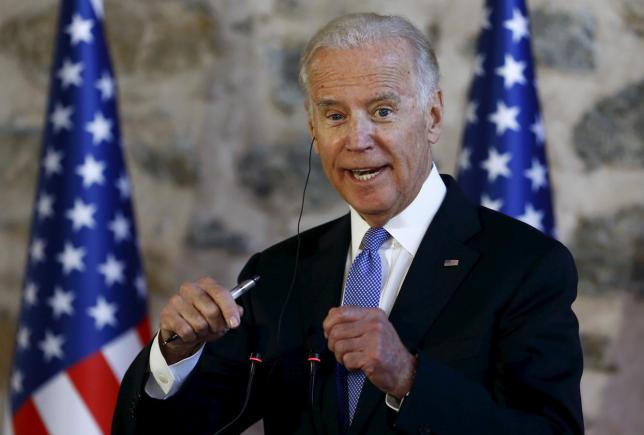 Dear Brothers and Sisters at Evangelicals for Biden,

Thanks for the link to your campaign website, which I read with interest. An impressive 175,000 evangelicals have signed up to your campaign. You certainly make a compelling case for your candidate. He is a devout Catholic who wears his son’s rosary beads every day and whose faith has helped him get through some dark times.

He enjoys eating ice cream at a Christian-run restaurant. He is humble, honest, patriotic, compassionate and a man who keeps his word. His policies are based on Christian values. He can lead us out of Covid because he’s done it before. He will provide economic prosperity, justice, community and he is pro-life. You even have a Pro-life Evangelicals for Biden sub-group who tell us that your policy is all about protecting life from womb to tomb.You assure us that “following God’s will and adhering to core Christian values, Joe will be able to lead us through our nation’s challenges”. We are to vote for someone who truly reflects Christian values, as Joe Biden does. Joe is “as good a man as God ever created’. Who would not vote for such a candidate?

But you will forgive me if I ask a few questions of you. I find it intriguing and somewhat surprising that some evangelical authors and speakers whose work I have benefited from are so fulsome in their praise of one presidential candidate (I would say the same about those who are for the other main presidential candidate – but that can wait for next week!).

So my first question is why?

1. Why have Evangelicals for Biden at all?

I’m from the UK and I cannot imagine an Evangelicals for Johnson, or Starmer, or Sturgeon group! Yes, Christians get involved in politics and may even have groups within political parties, but the notion that ‘evangelicals’ as a grouping would be for one candidate is puzzling, frivolous and to be quite honest, almost blasphemous.

Why not just support your candidate and not bring your religion into it? The ‘evangel’ is the good news about Jesus Christ, not the good news about Joe Biden. You are evangelical leaders. Why do you think you have a right to tell other Christians who to vote for? It is a misuse of your office and the role that God has called you to.

One of the problems with making the election about the character of your candidate is that you end up with the kind of hyperbole that is both dishonest and to be frank, somewhat nauseating. I think your candidate comes across as sincere and compassionate, but I don’t know him and I’m not in a position to judge his heart. Even the devil comes as an angel of light.

We have to go by actions and policies, and there are, to say the least, considerable flaws that have been shown in his character that do not quite match the ‘St Joe’ portrayal you make on your website. For example, he said in the last debate that his son did not benefit one penny from China and yet it was documented (see Hamilton and Ohlberg’s Hidden Hand) that his son flew with him to China in 2013, and without any experience in private equity, was made a partner in a firm whose largest shareholder was the state-owned Bank of China – a deal believed to have made him $20 million.

The e-mails found on his son’s computer, if genuine (and your candidate has not said they are false) show that he lied about not knowing of his son’s dealing with Ukraine – where he was paid $50,000 per month by the Ukrainian mining company, Burisma. Stating that you cannot vote for the ‘other’ candidate because of his moral flaws doesn’t carry the same punch if your own candidate shares those flaws.

Biden is, you say, a “practising” Catholic – if what you mean by “practising” is that he attends mass. But I think that is embarrassing for real Catholics who hold to the Church’s actual teaching because, unlike them, Biden is opposed to the Church’s teaching on abortion, euthanasia, marriage and gender. On every single issue where the Catholic Church disagrees with the progressive zeitgeist, your candidate goes with the zeitgeist.

These are not minor trivial disagreements; they are major issues. But you are evangelicals – which makes your endorsement of Joe Biden as the Christian candidate even more puzzling. Because I have listened to numerous of his comments on religion and it is almost entirely a works-based religion – the very opposite of the good news. It’s moralistic therapeutic deism with a bit of new age wishful thinking thrown into the mix. Whilst he often speaks of ‘faith’ in the abstract, I have never heard him speak of faith in Christ.

You state that Joe’s policies are all based on Christian values. Whilst I agree with some of the policies, I would be more hesitant about claiming divine sanction for them. I’m not convinced that Jesus’s values necessarily mean getting rid of the oil industry – I will still drive my car without feeling that I am sinning – and the other policy statements tend to be much more of a wishlist than a reality.

This ‘faithful’, devout Catholic is thus going against the Pope’s teaching that men and women should accept their bodies as a gift from God and not manipulate them (Papal encyclical – June 2015). But worse than that, he is supporting one of the most hellish and anti-Christian attacks on humanity that has ever been devised. And you support him?!

Your position on abortion is even more confusing. On the one hand, your main website tells us that Biden is pro-life from “womb to tomb” (does this mean he is opposed to euthanasia?); on the other, your Evangelicals for Biden petition states: “We disagree with vice-president Biden and the Democratic platform on the issue of abortion.”

And you then go on to state that we should not be “one issue” voters. That may be true but I suspect you would not say that if a candidate was an out and out racist! The fact is that you are urging us to vote for a man who has shifted his position from being anti-abortion, to the Clintonesque “safe, legal and rare”, and now to a place where, unless he is lying (and ‘honest Joe’ surely does not lie?), he supports abortion on demand for any reason up to birth and even the grotesque and particularly evil practice of partial birth abortion.

He has a policy which would ban pro-life judges from being appointed and which would provide government funding for abortion. Perhaps you can hold your nose and vote for such a man because of other policies, but please don’t claim the moral high ground or that this is based upon Christ’s values. That’s blasphemy – especially when Christians who should know better make that claim.

I wonder if part of the answer as to why you formed Evangelicals for Biden is because you were tired of the Gospel of Jesus being associated with support for Trump? I can empathise with that, but I fear you have fallen into the same trap. Why is it any better for the Gospel to be associated with a man who clearly in his policies goes against the Word of the Creator – never mind the policies of his own Church? What possessed you to think that this would be an improvement?!

The Australian senior journalist Greg Sheridan comments: “Conscientious Christians could vote for Trump or Biden or not vote at all. Neither candidate is so bad as to make them unconscionable, as it would be for a Christian to vote, say, for a communist or a Nazi.”

I don’t think it is a sin to vote for either candidate. But to claim that either is the representative of Christ in America is both blasphemous and, to be honest, for the rest of the Church throughout the world, somewhat embarrassing. Maybe it’s time for the Church in the US (as elsewhere) to mature, remember that Christ’s kingdom is not of this world, and live in humility as strangers and pilgrims on this earth.

I love your country and pray every day for it at this tumultuous and troubling time. I love the church of Christ even more and pray that we would be delivered from the ugly and partisan political games of this insane world. Imagine if Evangelicals were for Christ – and no other.