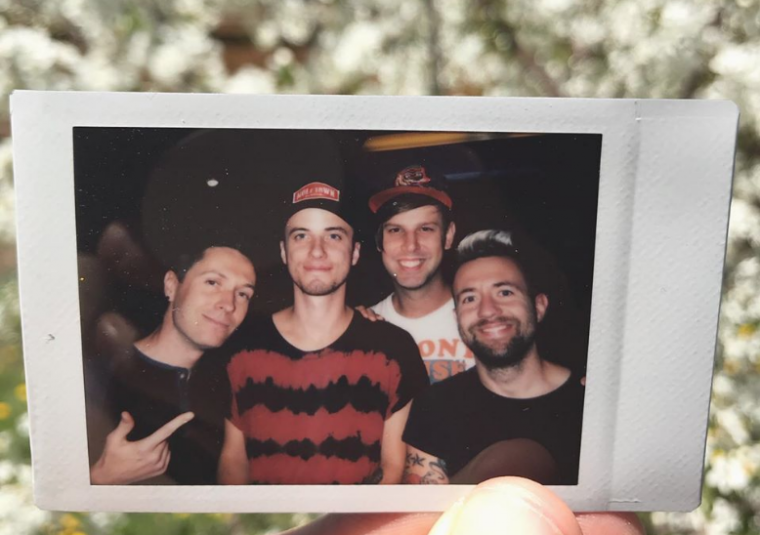 The young singer was excited. “This is the biggest gig we’ve ever done!” We were at a joint Christian event where 1,500 people were due to be present. I was one of the speakers – the other asked me this question: “You notice that they’ve sound checked everyone except those who are preaching the word – does that not tell you something?!”

It was my introduction to the world of Christian concerts, celebrities and cash. Another time a friend asked what they should do with the ‘star’ who was being flown over from the States for a Christian concert and wanted to be met at the airport with a limo, and have their drink of choice and flowers in the dressing room. “Tell them to stay where they are” was my not very helpful, but truthful response!

All of this came to mind this week when I heard that yet another Christian celebrity had renounced the faith. It is becoming a depressingly familiar story. Another one bites the dust. But why?

The responses tend to be largely the same as well. The apologists tell us that if only more apologetics had been done at an earlier age. The nice people tell us we are not to judge. Lots of pious platitudes and expressions of love echo round the echo chamber. Personally I find it all pretty tiring and depressing. I agree with most of what is said – although I find much of it to be cliched truisms – “He has left God, but God hasn’t left him.” For me there was nothing to be said and everything to be mourned.

Then I read a sermon on Song of Solomon, published in 1639 in a book wonderfully entitled “Bowels Opened” – a collection of expository sermons by Rev. Richard Sibbes of Cambridge on the Song of Solomon. The title of course refers to the biblical (and anatomically correct) view that the heart of the affections was felt more in our guts than our heart! But just after I heard that Jon Steingard of the Christian band Hawk Nelson had renounced his faith, I read sermon 5 in this book and came across this astonishing passage which I now share with you (slightly abridged into modern English):

“If we should ask, what is the reason there are so many that apostasize, fall away, grow profane, and are so unfruitful under the gospel, notwithstanding that they continue to hear as much as they do? The answer is, their souls were never founded and bottomed upon this, that the word of God and divine truth, have been felt by experience to be the voice of Christ…….they were never persuaded from inbred arguments , that the voice of Christ is the word of God. Others who were strictly brought up are now profane, because they were never convinced by the power and majesty of the truth in itself; and then in the end they despair notwithstanding all the promises, because they were never convinced of the truth of them. They cannot say Amen to all the promises. But the church can say confidentially , upon sound experience, “it is the voice of my beloved.”

Sibbes reminds us that this falling away is nothing new. In 2 Timothy 4:10, Paul writes: “Demas having loved this world has forsaken me.” I’ve noticed some common threads in all of the recent ‘I no longer believe’ testimonies. All of them come under the heading of what I would call ‘convenience Christianity’.

They grew up in Christian homes. As Steingard stated he had “the word ‘Christian’ in front of most of the things in my life”. They live in a Christian environment, listen to Christian music, have Christian friends, watch Christian TV, eat Christian food (Chick-Fil-A?!), and generally swim in a culture which claims the name of Christ. It is more convenient to be a ‘Christian’ in that culture than not – especially if it offers you a career.

Often people who grow up in a Christian environment adopt the faith for cultural reasons. But when faced with other perspectives, people, pleasures and pressures – they give it up. Because the root of the matter is not in them, when the first storm or temptation comes up, the ‘faith’ they had collapses like a house built on sand.

But the trouble, as Steingard points out, is that for celebrity Christians they owe their celebrity and their income to being Christians. The young man who told me this was the biggest gig they had ever played would never in a month of Sundays have been able to play in front of 1,500 people in the secular world.

In the saddest part of his deconversion testimony Steingard declares, “I am stunned by the number of people in visible positions within Christian circles that feel the same way as I do. Like me, they fear losing everything if they’re open about it.”

In an ironic reversal of the teaching of Christ where people won’t follow Him because they fear they will lose everything, these celebrity Christians fear that they will lose everything if they give up their Christian position! Which is not to say that every celebrity Christian is fake – but more to ask what we have done in creating a Christian world that mimics the secular world and holds up some people as celebrities, and pays and honours them for being so?

Steingard admits that now his Christian career has faded he finds it much easier to give up his Christianity: “I’ve got a whole lot less to lose now. The band isn’t playing shows or making music at the moment, and we’ve all found other work and careers to focus on for the time being.”

This statement takes away from the whole ‘I’m being honest and this is a thing of integrity’. It is now more convenient for him to not be a Christian.

When I read his statement, it also struck me how cliched it was. Here was a Christian songwriter for many years saying that he was now renouncing his faith because of questions about evil, suffering and hell. Had he never considered these questions before? The minute I became a Christian, these questions challenged me and I hear them every day. But they drive me to Christ – not away from him. Christ is the answer to these questions. Renouncing Christ is no answer.

I looked over some earlier statements from Steingard and they were full of the kind of Christian jingoese that so many Christian songs perpetuate. It wouldn’t take a genius to set up a Christian songwriting machine which pours out the ‘buzz words’ which can make a ‘hit’ song. Of course there are excellent Christian songwriters but far too much of the ‘industry’ is a pale reflection of the secular pop music scene – giving us cliched and banal lyrics and uninspiring music.

Convenience Christianity leads to cliched Christianity where life is full of slogans and pep talks, clichés and emotions, but little reality.

And this is the saddest thing of all: convenience Christianity is a Christless Christianity. Now, some Christians say this is a harsh statement. But it’s only being fair to those who renounce their faith – because it takes them at their word. They now no longer believe in the Jesus of the Bible – because they say He doesn’t exist. So even if they believed before, they were believing in someone who didn’t exist. By definition they are calling themselves Christless because to them there is no Christ. You cannot have what doesn’t exist.

When I say Christless Christianity, I’m not agreeing with them that Christ does not exist. I’m simply stating that the Christianity they had before was Christless. They did not hear the Shepherd’s voice. They did not love Him. They did not give up everything to follow Him. At best, He was a mirage, a distant memory, a religious cliché and a convenient figure from history on which to hang your family, life and career. When He or His standards are no longer needed, He conveniently no longer exists.

This is not to deny that there are Christians who fall away – the Bible warns us about the danger of becoming such. But it is to warn us about the danger of pronouncing people as Christians too quickly and, even more so, putting young (in the faith) Christians into positions of leadership and influence before their faith has ever been tried and tested in the heat of spiritual battle. Because battle it is. We need to count the cost before we profess Christ.

Nor should we deny the possibility that genuine Christians can, in the old phrase, ‘backslide’. We can lose our first love and need to repent.

Steingard speaks of his faith as being like a sweater whose threads were gradually unpicked. It’s an apt metaphor for comfortable, convenient, cultural Christianity. The Bible uses a different metaphor. We are to put on armour – the armour of God. The chain mail of God that can never be gradually unpicked but which together with the Sword of the Spirit, the word of God, enables us to stand fast.

My hope and prayer for Jon Steingard is that if he ever was a genuine Christian, he would be restored to Christ, and if he never really knew Christ, he would come to know Him. All of us need to listen to the voice of our beloved – the good shepherd – or we too will wander like lost sheep. It’s time for some inconvenient and challenging Christianity.