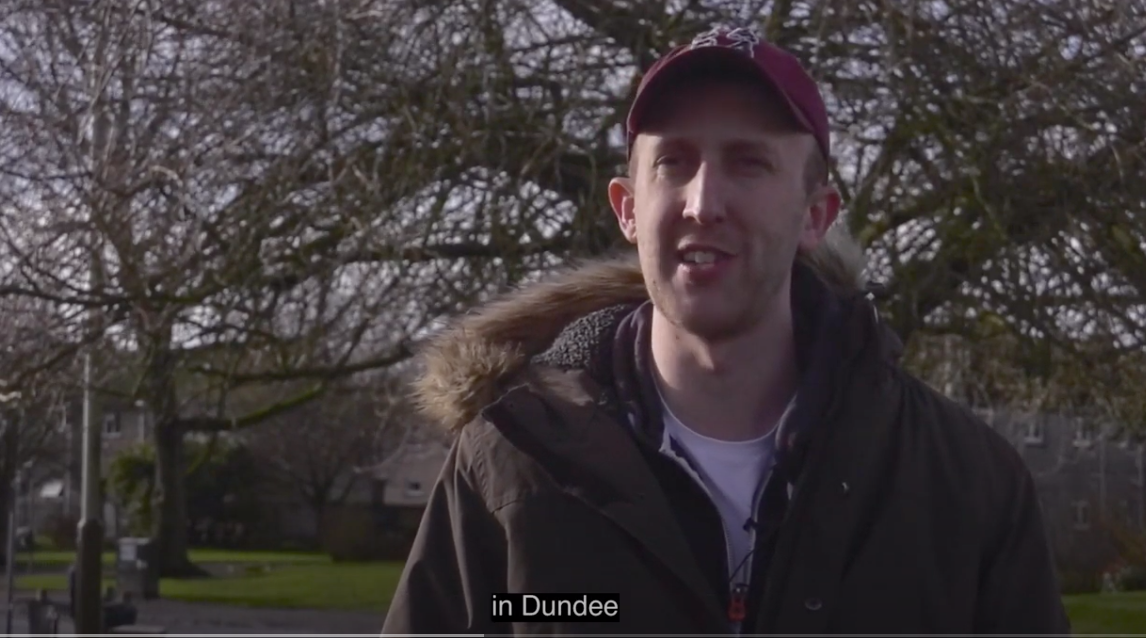 I want to share with you a story – it’s one that is infinitely more important than anything about the current obsession of the UK chattering classes – Dominic Cummings.

I’m talking about this wee video about CCC – Charleston COmmunity Church.  If I was looking for ‘hits’ then I would not be posting this.  Who cares about schemes like Charleston?  Why bother with a church there?   It would be nice to think that although ‘the world’ doesn’t get it – the church would.  But judging by the anger I receive in my posts from too many Christians it appears as though our passions are far more aroused by the temporal fate of one government advisor, than they are about the eternal fate of the thousands of people in Charleston.   I hope I’m wrong – I would love this video to be shared far and wide – and for the Lord’s people to get on their knees and put their hands in their pockets for the people of Charleston.

I totally love this video…for lots of reasons.

Owain is a lovely Christian brother.  I remember when he first came to St Peters- it was to a prayer meeting because church seemed to big a step.  I’ll never forget the shock when he prayed in that wonderful Dundonian accent ” Father, I thank you for my new faith.  I thank you for my new life.  I thank you for my new family”.    We often talked and I was so impressed with his spiritual growth through many ups and downs.  Once Owain was in our house painting EJ’s bedroom – I thanked him and he replied “Dinna worry.  I’m glad to do it.  Your the man who gave me the Holy Spirit!”   I hope my charismatic friends take note!

I love what Owain says in the video about the Charleston Community Church – “We don’t force the Gospel on people.  We explain and tell the truth about Jesus” .  And I love what tTammy  Charleson who is seeking says about the Church:  “The roughest guys coming in shows others its alright to come in….I love the fact they don’t judge you…I vocalise the church wherever I go…I tell everybody about it”

Of all the things that happened during our 27 years in Dundee – Charleston is the one I am most thankful for.  Many times I cycled through the scheme, stopping to pray and asking the Lord to set up a church there.   I even thought and prayed about resigning from St Petes and going to do it myself – but it was clear I was not the person.   After what seemed to me like far too many years we eventually agreed to go ahead with it.   Much to my astonishment and joy, my son was appointed as the first minister, a shop was hired and the work began.

I recall one Sunday evening, after Andrew preached in St Petes, a man from Charleston came up to me in tears and said; “I canna believe you’re giving us him.  We don’t get people like that”.  When I asked what he meant – he explained  that ‘Andy’ was a great preacher who would normally go to a big city centre charge – not a scheme.  If you want an example of this – enjoy…

There are many other things I could say about Charleston – but I will refrain – apart from this one.  What I love about Andrew (apart from the fact that he is my son) is that he loves the Lord and his Word – and he doesn’t patronise the poor by offering them charity instead of the Word.  What Owain and Andrew emphasise in the video is wonderful – it’s all about Jesus. Their faith is expressed in deed and in action.  I couldn’t be a prouder father.   And I meant what I said – this wee work in Charleston is way more important that the hatred, abuse and triviality that I’m listening to on BBC Radio Scotland just now.
Share, pray and give.

It was a Dream Come True!