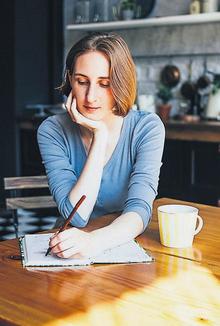 The basic facts by now are well known. Franklin Graham had decided to come to the UK for a tour this year and had booked major venues in cities throughout the country. As the result of campaigns by LGBT groups aided and abetted by some in the church, including the Bishop of Sheffield and Colin Kerr, a Church of Scotland minister – all of the original venues have now cancelled their bookings. Franklin Graham still intends to come and it may be that the publicity will have done him no harm.

The second most disturbing aspect of this story is the division that it has once again shown up in evangelicalism in the UK. There are those who are opposed to Graham coming because they do not think the methodology of big stadium event evangelism is appropriate for today’s UK. It is expensive and largely ineffective. And it runs the danger of taking away from the bread and butter of everyday church-based evangelism. But I would hope that those who, like me, have these reservations nonetheless have the grace to hope and pray that we are wrong – and also to understand the times and realise that there are wider issues involved here.

Then there are those who fully support Graham coming – viewing him as having an almost prophet-like status or, at the very least, having inherited the mantle of his father. To these brothers and sisters any criticism of Graham or his methodology is seen as tantamount to questioning the work of the Holy Spirit.

Finally, there are those who are opposed to Graham coming, largely on tactical and political grounds. This for them is the major issue – and anything that stops him coming is to be welcomed.

Which is why, it was with great sorrow, that I read a letter in The Guardian from 15 evangelicals stating their opposition to the tour because:

‘We find it hard to reconcile his public and partisan statements on such issues as immigration, poverty, gun control and Israel with our understanding of the teaching and values of Jesus Christ.’

Although these brothers and sisters expressed their view that Graham should not be banned, they nonetheless expressed the hope that he would cancel the tour.

Why is this so disturbing? The Guardian is a secular newspaper with a history of anti-evangelicalism. Why write to them? This is a letter that they would of course weaponise. But, worse than that, the letter mentioned all the buzz issues for Guardian readers (Israel, immigration, gun control, poverty) yet left out the two main issues that have been cited for his ban – homosexuality and Islam. There was a certain straining at gnats and swallowing camels. I’m afraid that the letter fell into the world’s trap and one that The Guardian loves to use – conquer and divide.

Some say its good for us to get into the secular press and show that we don’t all agree. I don’t agree. Getting into the press to join the mob calling for a gospel preacher (which despite his flaws, Graham is) is not prophetic ministry – nor is it being salt and light. It just reinforces the view that the world has of Christians as being as divided and tribalistic as they are.

But the main problem with all of these views is that they miss out the key issue here – which is not Graham’s methodology or even the way he presents the gospel, or his politics. It is the reasons given for the ban.

In Glasgow the SEC cancelled their booking after pressure from Glasgow City Council – whose leader Susan Aitken gave as her reason that having Graham preach in Glasgow might be breaking the law. All the other venues spoke of their ‘values’ not permitting them to have Graham. They were referring primarily to two things – his criticism of both Islam and homosexuality. A precedent has been set. In future, the LGBT social-media mobs know that all they have to do to stop any church using a public venue is play the ‘equalities’ card and they’ll get us banned. It will soon be illegal to proclaim the gospel in a publicly-owned building.

This is not just about Graham. Destiny Church in Edinburgh lost their booking in Edinburgh’s Usher Hall for the same reason. I know of at least two other evangelical churches that have been impacted by this (and I’m sure this is just the tip of the iceberg). One is having their building lease revoked (because it doesn’t reflect the owners’ ‘values’) and another is facing a campaign against being allowed to erect their own building.

It’s easy to write to The Guardian and reflect the political views of its readers. It’s easy to appeal to your own Christian tribe. What’s not so easy is to stand by brothers and sisters who you may disagree with, but whose freedom to preach you want to defend. But if we don’t, then one day it will be us that are banned – and who will speak for us?

The Death of Beauty – EN Article