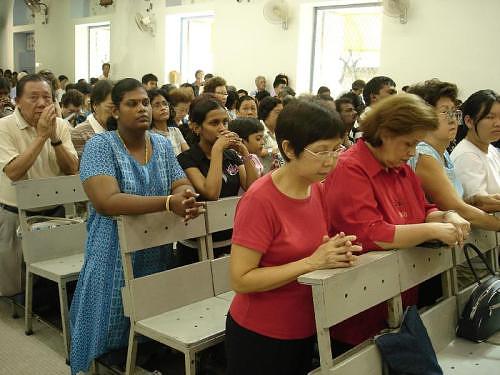 It seems as though on every issue the world quickly divides.  It doesn’t matter what the subject it takes almost no time for ‘discussion’ to descend into shouting and a slanging match.  The world of social media is the wind that fans into flame the already burning and sin-dried fuel of our hearts! Whatever the subject – the result is always the same – more heat than light – and the resultant destruction.

I was reflecting on this and getting increasingly depressed about the level of public discourse on serious issues such as the bushfires, the EU, President Trump, Israel, Iran and the Scottish government.  But it is not just these ‘serious’ political subjects – discussions about sport, religion, church and culture can just as easily descend into this pit.  The offering of simplistic solutions is usually accompanied by sneering, smug superiority and the situation worsens.

I would expect the more serious media to help – but whilst there are exceptions (the Spectator being for me the best current example) it is depressing to see such as the Guardian, the Sydney Morning Herald, the New York Times and The Times being as partisan and simplistic as any tabloid – they just do it with bigger words and the pretence of intelligent analysis.

Is the Church any better?  I would like to hope so  but I think we swim in the same swamp and we too have become tainted by its stench.  I woke up this morning and felt a heaviness on my spirit because of this.  Not just because it is true – but because the problem is not only ‘out there’ with other people, but also ‘in here’ – in my heart, in my life and amongst my people.

The answer he gives is wonderfully simple and yet profoundly deep.  It is the opposite of the sneering, shouting, sin of the world.

“Thanks be to God, who delivers me through Jesus Christ our Lord”.

How does he do this? 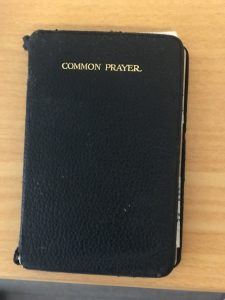 In hospital in 2011 Annabel brought me an old, small , battered copy of The Book Of Common Prayer.  It is something I have used almost every day since.  Although not without its faults it is a remarkable book which has been such an aid to my weak and faltering prayers – and, I like to think, has been a blessing to the people of St Peters, as we introduced some of its prayers and confessions to the collective worship of the congregation.

I am currently reading Diarmaid Maculloch’s ‘Thomas Cromwell’ which portrays in great detail the turbulent times in which the BCP was written by Cranmer. As turbulent and tumultous as our own times.   Cranmer’s solution to the troubles of his day should be ours.

One of the great prayers in this book (and one we used in St Peters in a slightly modified form) is that entitled ‘Morning Prayer – A general confession”.  It is “to be said of the whole congregation after the Minister, all kneeling.”

But thou, O Lord, have mercy upon us, miserable offenders. Spare thou them, O God, who confess their faults. Restore thou them that are penitent; According to thy promises declared unto mankind in Christ Jesu our Lord. And grant, O most merciful Father, for his sake; That we may hereafter live a godly, righteous, and sober life, To the glory of thy holy Name. Amen. 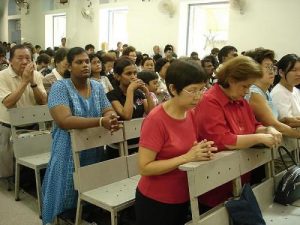 The minister is then to stand and with the people still kneeling give this absolution or pronouncement of the forgiveness of sins.

ALMIGHTY God, the Father of our Lord Jesus Christ, who desireth not the death of a sinner, but rather that he may turn from his wickedness, and live; and hath given power, and commandment, to his Ministers, to declare and pronounce to his people, being penitent, the Absolution and Remission of their sins : He pardoneth and absolveth all them that truly repent, and unfeignedly believe his holy Gospel.

Wherefore let us beseech him to grant us true repentance, and his Holy Spirit, that those things may please him, which we do at this present; and that the rest of our life hereafter may be pure, and holy; so that at the last we may come to his eternal joy; through Jesus Christ our Lord.

I’m not a big fan of set prayers – but that is more for emotional and cultural reasons, rather than any deep theological conviction.  When I read the above I find this confession my own. Forgiveness, godliness, the glory of God,  the Holy Spirit, purity, holiness and eternal joy are what I need and desire.

Supplication is an old fashioned word.  It comes from the Latin ‘supplicare’ which means to ‘ask humbly’, hence the dictionary definition: “Supplication (also known as petitioning) is a form of prayer, wherein one party humbly or earnestly asks another party to provide something, either for the party who is doing the supplicating (e.g., “Please spare my life.”) or on behalf of someone else.” 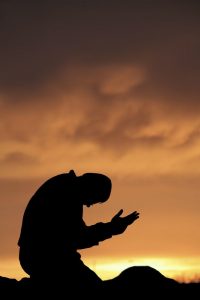 The next time we are infuriated by what someone has said, or discouraged by the evil we see in the world, or overwhelmed by circumstances; instead of standing up and shouting, maybe we need to supplicate the only One who can do something about it?

Instead of retreating into ourselves and finding that even (especially?) there we are not safe, why not look to the One who is our refuge and our strength?

Instead of becoming mighty keyboard warriors and joining in with the maddening crowd, why don’t we get on our knees?

PS. I am leading the prayers in St Thomas’s this morning and was wondering what to say…I think I now know!  I’m sure if the Presbyterians of Dundee could cope with the BCP, the Anglicans of Sydney might manage!