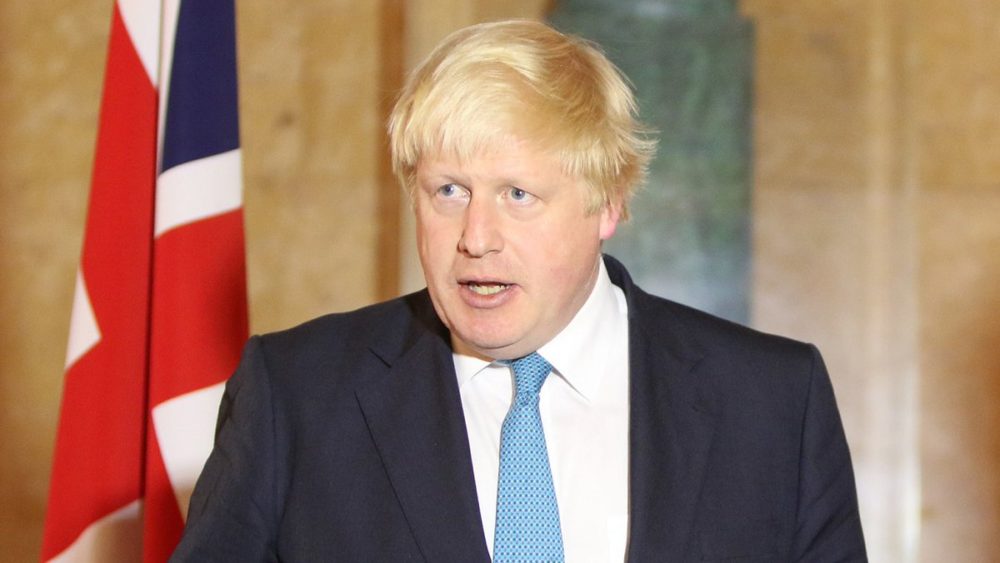 This is my last ‘guide’ to what it seems has been an endless election. The General Election Form Guide – Week Five  Even from afar it is has been the most depressing, dumbed down and dishonest election I have ever witnessed.  Social media has not exactly enabled constructive engagement.   Identity politics has only increased the tribalism.  The political leaders have hardly covered themselves in glory.

All of the parties promise what they know they can’t deliver.  The Tories promise Brexit and a fresh start – it won’t be that easy.  They have a leader who has ducked the hard questions as easily as he has ducked his moral responsibilities.    Labour promises to save the NHS and spend £1 trillion on goodies which only the top 5% of taxpayers will pay for. They have a leader who is described by his own health secretary as a danger to national security and whose encouragement of anti-Semitism is to say the least disturbing.     The Liberals have had a disastrous campaign with one of the most illiberal attacks on the UK and a leader who cannot even define what a woman is! The SNP have also had a poor campaign – making the mistake of campaigning on Brexit.  Their leader has run a presidential campaign for the UK – even though she cannot be elected and her aim is to break up the UK!    All promise Nirvana.  All will fail to deliver. 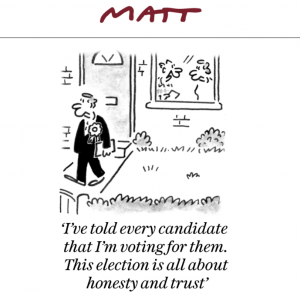 I am so thankful that my hope is not in politicians, but in Christ.   The words ‘In Christ alone my hope is found” seem particularly apposite.  But my hope in Christ does not take away the pain of watching my country slowly destroy itself.  I weep – but not as those who have no hope.

Rather than go through the many e-mails and news items I have I thought I would just simply give you this article I wrote in the AustralianBible Society’s Eternity magazine.  You can get the original here.

A Brit dissects election issues in his ‘disunited kingdom

Britons go to the polls on December 12, so it will soon be over. Praise the Lord! The Great British General Election has been anything but great. In fact, for this Brit in Oz, it has been embarrassing. The UK election has managed the almost impossible task of making Australian politics look clean, reasonable and intelligent.

One thing that does encourage me is the prayerful interest many Australian Christians take in what is going on on the other side of the world. Such is the importance of prayer to the desperate political situation in the UK that I want to begin and end this article with Paul’s injunction in 1 Timothy 2:1-2 that “petitions, prayers, intercession and thanksgiving be made for all people – for kings and all those in authority.”

What are the issues?

Brexit – This was supposed to be the Brexit election – and to some extent it has been. “Get Brexit done,” has been the Conservatives’ mantra. The Liberal Democrats (Lib Dems) have the slogan “Stop Brexit”, while the Brexit Party urges voters to “Help us fight for a real Brexit”.

The Scottish Nationalists have morphed into the EU Nationalists and are campaigning on “Stop Brexit”. The Labour Party has the head-spinning message: “we are going to negotiate a new deal and then campaign against our own deal in a new referendum.”

The bigger divide is between the young and the older, with young voters overwhelmingly left-wing and older generations generally supporting Brexit.

It seems as though voters are splitting along Brexit lines – with a majority of working-class voters choosing to vote for the Tories (Conservative Party) rather than Labour, and the majority of wealthy middle-class voters choosing to vote for the socialists. But perhaps the bigger divide is between the young and the older, with young voters overwhelmingly left-wing and older generations generally supporting Brexit. Young people – more highly educated than their elders – seem to have been indoctrinated by their teachers in an increasingly politicised education system.

The National Health Service – The Labour Party is desperate to make the election about the NHS, because it is the one issue where it can claim some degree of ownership, having implemented it in 1948 with a core principle of free health care at the point of need. All kinds of rumours and “secret documents” about the mooted sale of the NHS to the Americans have been reposted endlessly on social media – the latest one something of an embarrassment to the Labour Party. It turns out that it was leaked by the Russians (and Labour has been complaining about Russian involvement). The truth is that nothing is up for sale. No political party would dare. The NHS is the nearest thing that secular Britain has to a religion. To question it is to commit blasphemy and political suicide. No one is prepared to face up to the fact that the National Health Service itself is sick. Having recently moved to Australia from Britain, I contrasted the NHS and the Australian system of Medicare on my blog.

Anti-Semitism – The surprise of the election is how much of a defining issue anti-Semitism has become. While all parties have faced difficulties, it is the Labour Party and its leader, Jeremy Corbyn, who have had to face the music on this. Why? As I point out in my blog, traditional ingrained anti-Semitism, combined with Islamic anti-Semitism, has now been joined by left-wing anti-Semitism. This is seen in the radical Left, and especially in the extreme Left of the Labour Party. Corbyn says he opposes anti-Semitism, but he supports those who are clearly anti-Semitic – Hamas, Hezbollah and some of the more radical Islamic groups. Despite the denials, it was telling that Corbyn refused to apologise for anti-Semitism in his party during an interview with the BBC’s Andrew Neil.

The Chief Rabbi Ephraim Mirvis, in a column in The Times last week, said the “overwhelming majority of British Jews are gripped by anxiety” at the prospect of a Corbyn-led government. The latest revelation is that the Jewish human rights organisation, the Simon Wiesenthal Center, has announced that the UK will become a pariah state for Jews if Corbyn is elected to power. It really is quite astonishing.

Socially ‘regressive’ issues – Both the Labour Party and the Lib Dems have declared their support for the decriminalisation of abortion and for the right of people to self-identify as whatever gender they want to be. The Tories want to demonstrate that they are no longer the “nasty” party and so tend to go along with whatever is deemed to be socially progressive (although it is, in both historical and moral terms, “regressive”). Such is the dominance of the new ideology that even the Brexit Party expels those who dare to dissent.

The economy – This has been almost laughable, with both the Tories and Labour producing economic plans that The Financial Times calls unsustainable. Every day new billions are promised in what are called “fully costed” plans. Labour is offering more than $2 trillion of goodies – from one-third off rail fares, to free tuition for students, $100 billion for extra pensions and billions for the nationalisation of the railways and other utilities. The majority of these subsidies appear to be freebies for the middle classes, with all of this to be paid for by the top 5 per cent of taxpayers! It’s doubtful whether anyone believes this, but in today’s fantasy world, who knows!

The Conservatives have had a relatively smooth campaign – with the biggest hiccup being Boris Johnson’s refusal to be interviewed by the BBC’s most incisive interviewer, Andrew Neil. It looks like cowardice – because it is.

The worst thing for the Tories has been the dreadful campaign by the Lib Dems who were expected to split the “Remain” vote. They have dropped from 23 per cent in the polls to about 11 per cent. This benefits Labour, which would be in with a real chance of forming the government if they had retained their Scottish seats. The Scottish Nationalists (SNP) are also beginning to get worried – with the latest poll having them only 10 per cent ahead of the Tories, and a fall in the support for Independence.

Ironically, it could be the Brexit party that prevents Brexit!

The opinion polls all seem to be pointing to a substantial Conservative victory. But there has been a narrowing, so there remains significant doubt. The trouble for the Tories is that they have no allies, and so need to win a clear majority. Labour will get the support of the Lib Dems and possibly 50 SNP seats. I find it inconceivable that a semi-Marxist anti-Semite could soon be the Prime Minister of the UK, but then I found it inconceivable that a reality TV star would become President of the US, or a comedian the president of Ukraine! It’s a strange world.

I cannot predict the result, but I can, with sorrow, say this: for the first time in my life, I will not be voting. I have a proxy vote – if I could, I would enter the voting booth myself and write “none of the above”, but I can’t ask someone else to do that for me. And so, I am a conscientious abstainer. Instead I will do the only thing I can do – fall on my knees and plead with the Lord to have mercy on my poor, confused and disunited kingdom.

P.S. If I am still around later in the week, we will have a look at the results!

David Robertson is a British pastor and writer who is heading up a new evangelistic ministry in Australia called Third Space, which is sponsored by City Bible Forum.

PS.  No sooner had posted this than I read Alex Massie’s reasons for conscientious abstention…I agree wholeheartedly!