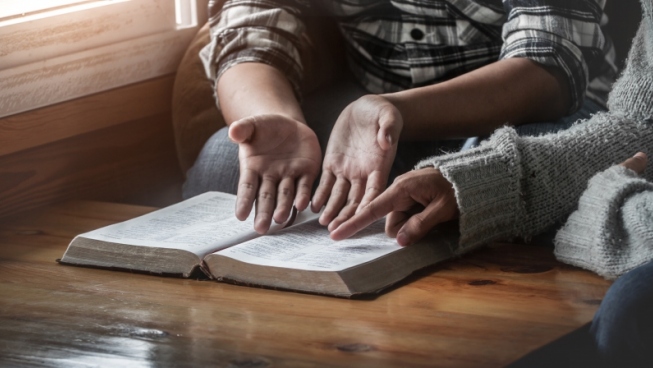 The Third Space website is a Third Space for non -Christians….here is an article explaining what the Bible is and why non Christians should read it…. 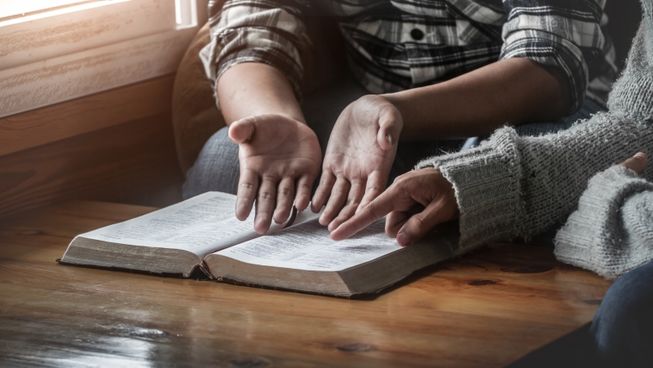 “The Bible was put together by crude, uncultured human mammals.”

So wrote the late Christopher Hitchens in his anti-religious polemic, God is not Great. It’s a cheap jibe which appeals to those who already have a prejudice against Christianity – but cannot honestly be said by anyone who has read the poem of Job, the poetry of Isaiah or the magnificent first chapter of the Gospel of John.

I was once approached by a young man after a book talk. In front of his friends he expressed his dislike of me, my talk and my book, before going on to declare: “I don’t like the Bible, its rubbish”. “Have you read it?” “No”. “Is it not a bit daft to comment on something that you have not read?” After an engaging and encouraging conversation over a pint with my new-found atheist friend and his colleagues – we left it with his promise to try and read something of the book he was criticising. A month later I received an e-mail from this young man who informed me that he was reading a chapter a day and it was beginning to make sense and freak him out!

The Bible is still the best selling book in the world. It is the most influential, most misunderstood and most misused book in the world. But if you have any interest in music, history, politics, art, human relationships, family, culture, science and indeed ANY aspect of modern human culture and society, you really do need to know what the Bible teaches. But let me go even further – its not just as if this is an academic subject to be confined to the study – which is why we have it in our Third Space dining room – this is the very essence of life. No one would deny we need physical food and drink – but we are spiritual beings – and also need spiritual sustenance. The Bible brings us that, because the Bible brings us Christ.

And that is the nub of the matter. In a technical sense the Bible is a library – a collection of 66 books – that is normally divided into two groups – the Old Testament and the New Testament with 39 in the Old and 27 in the New. There are historical, poetic, law, prophetic, gospel and letters. But all of it is the word of God about The Word of God – Jesus. The whole purpose is to enable us to know God. Have you ever said – ‘I would believe in God, if he showed himself’? Here is the astonishing news. He has! In Jesus Christ. And how is Christ revealed? In his word. The Holy Spirit inspired the authors to bring God’s clear message to us.

The people in Jesus’s day were used to hearing religious teachers. I suspect they found them as boring, irrelevant and incomprehensible as we find many today. But He was different. Take this account from Matthew;

“When Jesus had finished saying these things, the crowds were amazed at his teaching, because he taught as one who had authority, and not as their teachers of the law.” – Matthew 7:28-29

He taught as one who had authority. His style was clear, profound and simple.

How can we understand it today?

Is there a secret to understanding the Bible? Is there a Bible code? Do we need some mystical experience or the insights of some special guru? Are the only people who can understand the bible those who have a theological degree? I don’t think so. My view is quite simple – why not just read it as it is written, trusting that God knew what He was doing when He inspired His Word? That does not mean a literalistic reading – when Jesus said he was the door, he did not mean that he was made of wood and had a handle. But read it was it was written. Sure, there are difficult parts and some things you will keep coming back to. But the great thing about the Bible is that reading it for the first time you can learn so much, reading it for the thousandth time you can still learn so much.

It is not simplistic. The amazing thing about the Bible is that there is incredible depth. I have been studying the Bible for over 40 years and I am still amazed at it.

What is the Message?

Let me say first of all what it is not. The message is not moralism – it’s not first of all a lifestyle book which tells us what to do and what not to do. The self-righteous religious person does not need God at all. He makes himself righteous. The kind of teaching which sees God as some kind of Daddy in the sky who tells us all how to behave ourselves and rewards us with sweets is the notion of God that many grow up with and not surprisingly reject. It has been described as moralistic therapeutic deism. The Bible goes way beyond that!

I cannot really summarise the message of Jesus in a few words. I would just simply suggest that you read his message for yourself. Read the gospels, the letters, the prophets, the poetical books, the law and the histories. They all speak of Christ.

If I had to summarise, I would say that Jesus taught about many things; money, sex, God, humanity but perhaps the best summary is his own. He said that he had come to teach about the kingdom of God;

“I must preach the good news of the kingdom of God to the other towns also, because that is why I was sent.” – Luke 4:43.

Of course, there have been millions of words written about what this means but I like the simple understanding that the Kingdom of God is where Gods reign as King is honoured and his will is done. It is a kingdom of joy, peace, love, justice and righteousness.

The message of the Kingdom is the message of the King – it is about Jesus himself. It is Good News because it is about Jesus. If you or I taught a message which was about us then we would rightly be accused of arrogance and conceit. But Jesus taught about himself because he really is the Good News. His message is one of self-witness. His use of the terms Son of Man and the Son of David, were in the context of the Old Testament claims to deity. He was claiming he was God. He claimed to be able to forgive sins (Matthew 9:6) and to be the Son of God (Matthew 28:19). His teaching comes not from human learning, which is always derived, but from direct contact with God the Father. That is what makes it so authoritative and powerful.

“Jesus’ teaching is not the product of human learning, of whatever kind. It originates from immediate contact with the Father, from ‘face-to-face’ dialogue – from the vision of the one who rests close to the Father’s heart. It is the Son’s word.” – Pope Benedict.

Words are powerful but they are rarely permanent. All the books in this house will probably be forgotten in time. Every word except for the words of Christ. He says Heaven and earth will pass away but my words will never pass away. (Matthew 24:35). That’s how important the teaching of Jesus is. It’s why you really need to get to know it. But how?

Firstly, it is important to read the Bible, but not just by yourself. Read it in community – where others can share your questions and you can explore it together. Either a church study group or a course like Christianity Explored can be really helpful (ask us if you want some more info).

Secondly, make sure you have a good accurate modern translation of the Bible (write for advice if you want some!). In addition it’s probably not good to begin with Genesis and work your way through the whole 66 books systematically. Try the Gospel of Mark, followed by Ecclesiastes, Ephesians, Psalms, Genesis, and thereon. Mix and match the different genres of Scriptures.

Thirdly, I really do recommend that you get some good Bible teaching. Go to a church and listen to what is proclaimed (but always keep your wits about you – avoid churches which seem to ignore or side-line the Bible, and be wary of those who are legalistic, adding to it, or liberal, taking away from it). Again, I am happy to help you with churches in your area. It is not the denomination that matters so much as the faithfulness to the Word of God.

Finally, we are back to prayer. It is the Spirit which makes the reading and the preaching of the Word effective in our hearts and minds. I will pray for you, but why don’t you pray the words of the Psalmist – Open my eyes that I may see wonderful things in your law. (Psalm 119:18) (note that law is another word the Bible uses for itself).

Here is the Bible….take it…read…and be prepared for your world to be turned upside down…

If Only God Would Show Himself

Magnificent Obsession – Why Jesus is Great