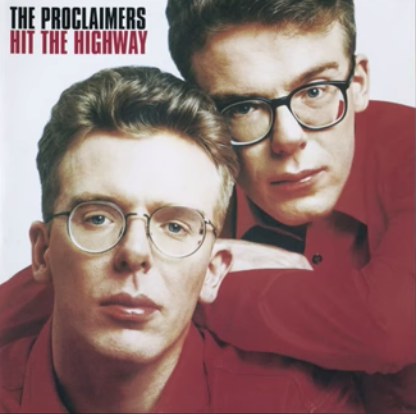 I had a great time at Gracepoint Chinese Presbyterian Church last Sunday.  When the pastor announced that copies of A.S.K were available it was the first time I have seen people running for the book!  They sold out instantly.  I think this question was particularly relevant for some.

The Buddhist teaching about reincarnation has been very influential throughout the world. Even in the traditionally Christian West it has had an impact. In one sense it seems to make sense and seems so fair. When this life is over our karma is to be reborn into another one – not necessarily a human one. Whether we have been good or bad will determine where we are reborn.

Buddhists believe  there are six realms, Gati, which they call Bhavachakra – the heavenly, the demi-god, human, animals, ghosts and hell. Transmigration is the view that the soul moves into another body. So if you think that your dog is your reincarnated granny then you believe in transmigration. From a biblical perspective does this make any sense?

In the Hindu religion the soul does not have a beginning nor an end. It is eternal, immortal and ageless. But the Bible teaches that every soul has a beginning – because only God is eternal. We come into being. He is being. God breathed into the man and the man became a living soul. As the psalmist says our inmost being was knit together when we were in our mother’s womb. ‘For you created my inmost being;you knit me together in my mother’s womb’ (Psalm 139:13). The Bible is clear that we have a beginning.

But are we immortal? Do we have no end? There are lots of reports in newspapers about how one day scientists are going to make us immortal and we need never die. That is a fantasy. From a Christian perspective we know that God alone has immortality (1 Timothy 6:16). But perhaps in the creation when God breathed into the soul of mankind and set eternity in our hearts, he made us immortal souls? If you look at what Jesus said in our passage, he is telling us that we are going to be raised and we are going to face judgement. The writer to the Hebrews tells us the same thing: ‘Just as people are destined to die once,and after that to face judgement’ (Hebrews 9:27). The point is that we were not just made for this life, but we were made for an eternal existence. We are going to be raised from the dead and we are going to be judged by an Almighty God. We are not going to be reincarnated and our soul is not going to transmigrate elsewhere.

What should really concern us is what will happen to us on the day of judgement. Jesus tells us that those who have done good will rise to live, and those who have done evil will rise to be condemned. This is not a kind of Christian Karma – as so many seem to believe – where if you do good things on earth you get a nice reward in heaven, but if you do bad things you go to hell. What Jesus is referring to here is the good that he says God requires of human beings – to believe in the one he has sent (John 6:29). The evil is to reject God and to reject the one he has sent. It is on that one issue that all our judgement lies. Either we are clothed in the righteousness and goodness of Christ, or we choose to stand before God in our own righteousness, which the Bible describes as ‘filthy rags’.

The Scottish band, The Proclaimers, are famous for their song ‘500 miles’. But they have a song which I like even better which addresses this issue – It’s called ‘The More I Believe’. Here are some of the relevant words:

I don’t believe in beads or crystals

I don’t believe that what I think

Makes any difference to what I’m worth

I don’t believe in reincarnation

I’m not coming back as a flower

I don’t bow my head to kings or priests

‘Cause I believe in your higher power

The less I believe in me

The more I believe in thee

The less I believe in me

The more I believe in thee

CONSIDER: Why is the doctrine of reincarnation such a hard doctrine? Can you see the difference between it and the Christian teaching of being saved through the grace of Christ?

PRAYER: Lord God, we bless you that you have made us in your image and that you breathed your Spirit into us. We thank you that we are not caught in an endless cycle of Karma but that one day we will be raised and those who believe in you, will really live. We pray that each of us would love and trust you completely and not rely on our own good works, in the name of Jesus, Amen.