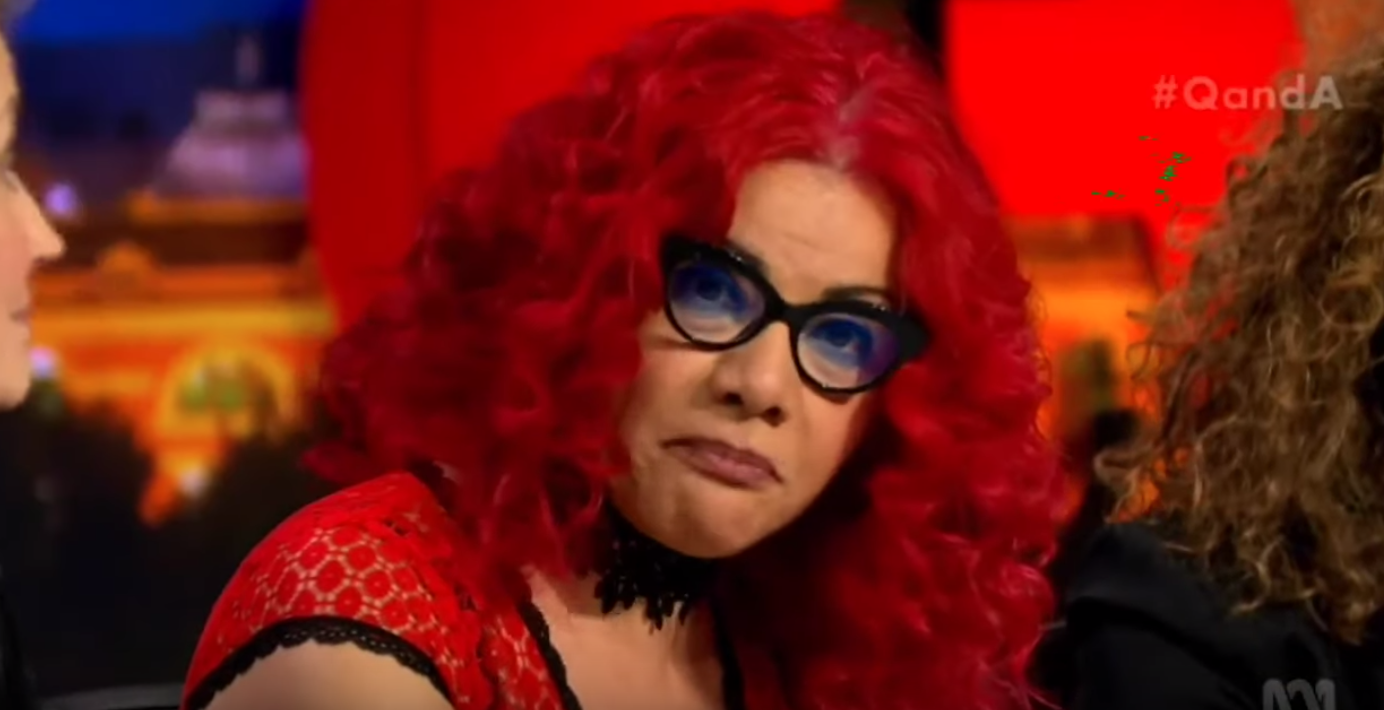 It must have seemed like a good idea at the time. Australia’s ABC has a debate programme called Q&A, which last week decided to have an all feminist panel and moderator. It went badly wrong, to the extent that the programme has now been pulled from all of ABC’s platforms and is the subject of an investigation.

Among the panelists, who were all incredibly ‘woke’, was Egyptian-American journalist Mona Eltahawy. She was asked a question about when aggression and violence might be justified and her answer was one of the most breathtakingly shocking I have ever heard.

The host Fran Kelly joked “them’s fighting words” and the panel went on to discuss murdering men, without any pushback or challenge.

The rest of the show was not much better. For example, Aboriginal screenwriter Nayuka Gorrie said that violence was ok in the context of the oppression of Aboriginal people. She declared: “I wonder what kind of tipping point in Australia is going to be, when people start burning stuff – I look forward to it.”

This programme is indicative of the spiral that much of Western society is headed into and there are several lessons to learn from it:

1) Violence is being normalised in the name of anti-violence

To be honest, I used to associate violence with right-wing skinhead thugs. The left-wing position, in the West at least, seemed much more pacifist and anti-violence. But the days of “all we are saying is give peace a chance” have long gone. Today it is groups like Antifa and some elements of Climate Extinction who are offering violence and destruction of property as the solution.

If you want to see hatred, go to an anti-hate rally! The notion of people spewing out hatred in the name of love and tolerance is as Orwellian as you can get. And all of it is done without a trace of self-awareness.

Many are complaining about the cesspit that social media has become. Not Mona Eltawahay. She boasted about using social media to attack people and tell them where to go. ABC justified the programme by stating that the views were “intended to be challenging”. The problem is that they did not permit these “challenging views” advocating murder and violence to be challenged.

In a statement they declared: “The ABC acknowledges that the program was provocative in regard to the language used and some of the views presented.” And yet one suspects that the ABC would not permit other “provocative” views to be aired.

That’s why Mona could state her politically correct opinion that she was against the death penalty while at the same time arguing for women to be able to act as judge, jury and executioner in implementing their own death penalty. Rapists are to be murdered without any due process of law. They want the State involved in everything – except justice! There was nothing rational about what Mona said – and no one seemed to care. They heard the buzzwords and the stories, and that was enough.

Can you imagine the fuss if it was a man who was advocating murder against women?! The police, media and politicians would have been all over it. But apparently this type of language and the concepts behind it are to be taken seriously.

Mona sagely told us that “words like civility, unity, respectability and decorum” were invented by “white men who invented them for white men, not women, or people of colour or gender diverse”.

I’m not surprised that someone used this bizarre theory. When I was at university many moons ago, I once had a flour bomb thrown at me by a feminist yelling “the nuclear bomb is a phallic symbol – the ultimate sign of male aggression”! Back in those days, aggression and violence were not considered a desirable quality.

But what really shocked me was the way that the other panellists, host and audience just left unchallenged this mangling of both the English language and reasonable morality.

Let’s start with a basic rule of Christian morality – the 6th commandment – ‘you shall not murder’. Then let’s bring in the Christian ideas of justice and morality in the State. Rapists are to be punished – but by due process and law – not by revenge killings. But Christianity goes way beyond that. We are told to love our enemies, to forgive and to avoid seeking personal revenge. Because we believe God is just we know that there will come a day when all evils are justly judged. We also know that in this world seeking vengeance only creates more evil. Violence breeds violence.

The bottom line is that we have a choice, one that ABC, in its commitment to diversity, did not permit its viewers to see. On the one hand we can choose the hatred, bitterness, irrationality and violence of extremists like Mona Eltahaway. Or we can follow the way of Christ – the way of love, forgiveness and peace. Our society is coming to that crossroad…

Quantum 67 – The One with Kanye, Paula, Epstein and Prince Andrew, Q and A Violence’ , Union Berlin, Siva Kolasi and Alan Jackson