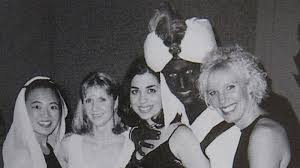 This weeks Quantum looks at issues in Canada, Australia, Northern Ireland, the UK, the US,

Rapists can identify as Female….Progress?

Meanwhile the Speaker of the House of Commons continues to display his arrogance and virtue signalling.

Doubtless the Speaker would approve of a man winning a woman’s cycle race – and of a company producing sanitary towels removing a female sign on their packaging.   And the LGBT activists getting Chick-Fil-A banned.

Meanwhile on the other side of the cultural divide the Christian businessman Sir Brian Soutar has just given 109 million to charity.

And Paula White has a new book….https://theweeflea.com/2019/10/21/paula-whites-new-book-something-greater-is-revealing-disturbing-and-depressing/

We finish with two bits of music…

And this astonishing display from Heart…just watch and admire!  Performing one of the best live performances you will ever see…some great drumming, vocals and instrumental work….astounding and beautiful!

And support us here – https://patron.podbean.com/theweeflea