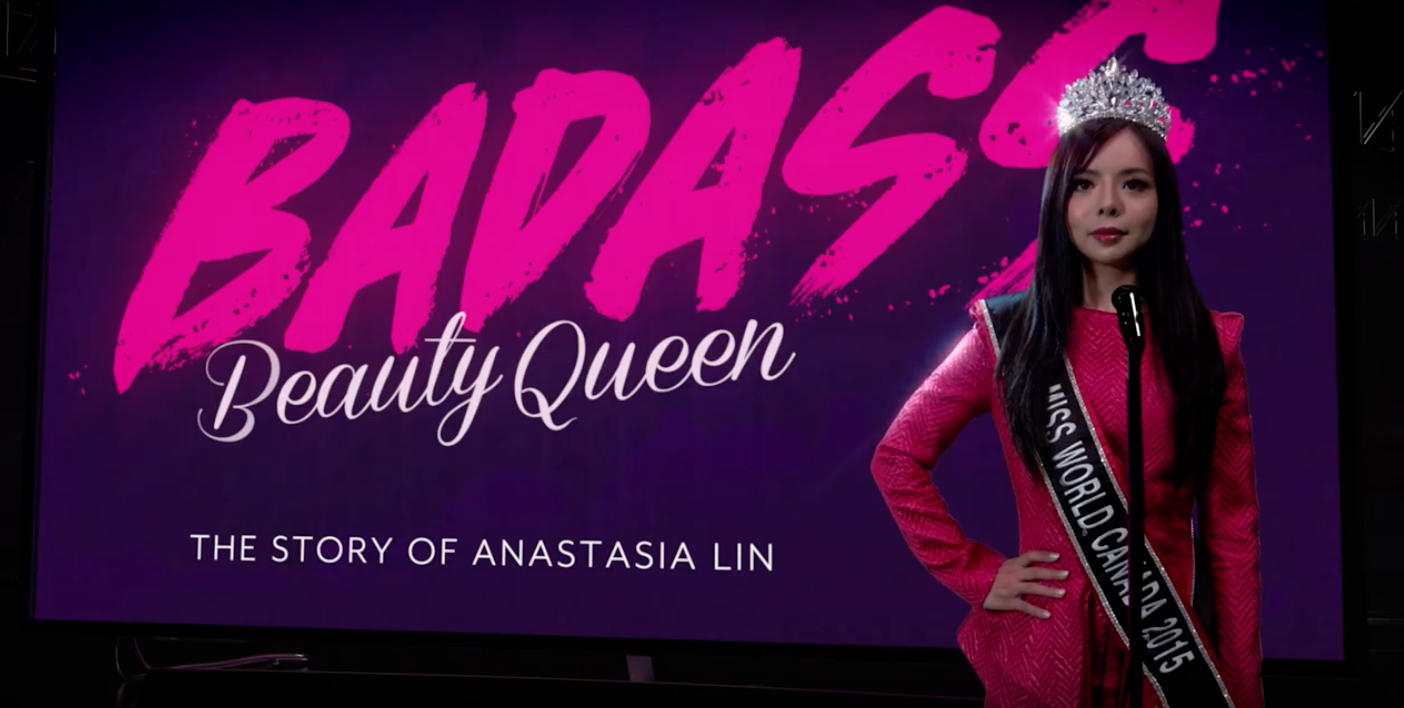 This week Anastasia Lin was speaking in Sydney. Ms Lin is a Chinese model and the winner of Canadian Miss World who catapulted to fame when she was banned from the Miss World finals in China in 2015, because of her criticism of the Chinese human rights record.

Anastasia is also a Falun Gong practioner and the subject of the film, ‘Badass Beauty Queen’.

I was not sure what to expect: what did we have to learn from a Canadian Chinese Falun Gong practioner? It turns out – rather a lot! It was a remarkable and insightful occasion, so let me share me you some of the lessons.

Authoritarian regimes seek to weaken the authority of the family home

Traditional Chinese are taught ‘filial piety’ which carries the idea of respecting your parents and seeking continuity. Anastasia said it was like being grateful in Christianity – saying ‘grace’ before meals. But Communism seeks to undermine the home. Children are asked in schools ‘what did your parents say to you at home?’

Is there a danger that in schools in the West today we are moving towards this more authoritarian model – where ‘values’ are imposed upon children by the state authorities – even to the extent of checking whether the children’s parents have the right attitudes?

China tries to make every child the same. I have seen the same principle in Scottish schools, where social engineering and attempted thought control at times tend towards Maoism.

Individual liberty is a precious responsibility; it is also risky

Ms Lin was enthusiastic about Plato’s ‘The Republic’ and especially the famous analogy of the cave. It was from Plato that she learned about the value of individual liberty. But authoritarian regimes do not like risk and especially the risk of liberty. Ms Lin posed the question of why China produces so many clever people but so few geniuses.  It is because obedience is demanded but not challenge.

She asked whether the same thing was happening on some Western campuses today, where absolute conformity is demanded.

The Red Guards spoke of the four ‘olds’ – old culture, old traditions, old thinking, old religion. Does that not sound like those ‘progressives’ whose only argument about their opponents is that they are ‘on the wrong side of history’?

The aim is to stop free thinking and get the required absolute conformity. Slogans are used to stifle ideas. ‘Love is love’, ‘Love Trumps hate’, ‘Educate to liberate’….

Education is the key to freedom

The current troubles in Hong Kong stem from 2012 when the Chinese government introduced a National Curriculum to help standardize education and of course to make sure that education was doctrinal. The Chinese teachers manual makes fascinating reading; it turns what is good into bad, and bad into good. Again I cannot but see parallels to my own native Scotland – where the introduction of a National Curriculum has been a disaster and where teachers are now required to teach state doctrine on a number of controversial issues. We are not quite at the political degree of China – but we are not far off.

Political elites do not give up control

Anastasia used the Douglas Adams story of a planet of humans, governed by lizards that were elected by the humans. Why do the humans vote for the lizards and not get rid of them? Because they are scared the wrong lizards might get in. They do not think that things could be any different. A society in which there is only one political class is a society in which democracy has died.

Without Christianity, the West has no answer to China

In largely giving up on Christianity, the West – its political, academic and corporate elites – have no answer to the power of the Chinese state. Ms Lin stated that when the West used money to try and buy China, it failed. But when China uses money to change the West, it succeeds.

When I appeared on BBC Scotland’s version of Question Time, a leader from the University of Strathclyde joined in the general ‘we hate Trump’ zeitgeist by stating that she hoped her university would never accept money from President Trump. When I asked her if her university would accept money from the Chinese government whose human rights record is far worse than anything coming out of the US, she was strangely silent.

When the programme finished I discovered the reason. Her university, like many others in the UK, the USA and Australia, is in receipt of large amounts of money from China. It appears that silence can be bought. If money is our god, then we can be bought by those who have more than us.

I loved listening to this fascinating, thoughtful and intelligent woman. I asked Anastasia about why she had a Greek name rather than a Chinese one and did she know that it meant resurrection? Of course she did! But she also told us that her Chinese name means ‘the God/man’ – Jesus. Her mother had heard of a God called Yahweh and so she named her daughter after Yahweh and also the word for human. It was an extraordinary moment.

I am no supporter of Falun Gong – other than in the general sense that they too should have that most basic of freedoms, the freedom to worship – but I was greatly impressed by this adherent. I pray that this ‘Badass Beauty Queen’ who has shown such courage and strength in standing up to tyranny, will not have exchanged one kind of tyranny for another, and will instead come to know the One after whom she is named. To know Him is real freedom. It is only as we see the light of Christ that we can get out of the shadows of the cave.

I am getting to meet some fascinating people in Australia – of which Anastasia is the latest.  Not only did I hear her speak but had a lunch with her and several others.  I gave her a copy of Magnificent Obsession.  Please pray for her…